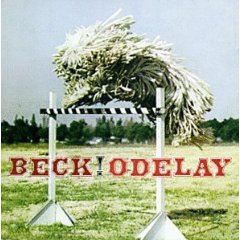 Beck Hanson delivered on the promise of his debut “Mellow Gold” and then some with “Odelay”- his best album by a country mile. He tapped the Dust Brothers in their first production gig since 1989’s classic “Paul’s Boutique”. The brothers were presented with a new set of challenges now that they couldn’t rely on unlimited samples due to the nineties new sample clearance laws. “Odelay” is a collage of different sounds & genres ranging from early hip hop, techno, country, folk, punk, garage rock, blues, noise & exotica. “Odelsy” contains three big alternative rock hits in “Where It’s at”, “Devil’s Haircut” and “New Pollution” but works even better as a full album as the deep cuts are terrific and all of the songs work well as a whole. Beck has an incredible ability to merge all of the different sounds on the album into a cohesive statement. And “Odelay” sounds just as good 13 years later. 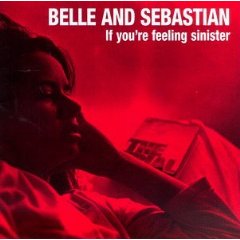 A brilliant counterpoint to the 3rd generation grunge that was busy polluting the airwaves in both the U.S. & U.K. in the mid 90’s. “Sinister” was for all purposes B&S’s debut as the earlier “Tigermilk” was intended to be a very limited edition release as a final school project of lead singer Stuart Murdock. “Sinister” is the best and most celebrated album in their very impressive discography. B&S’s literary lyrics are filled with both misanthropy and cutting humor in a chamber pop setting. “Sinister” would spawn a whole movement back to the twee pop sounds of the late 80’s. It remains a cult classic- only immensely popular with indie music snobs.

Buy “The Stars of Track & Field” 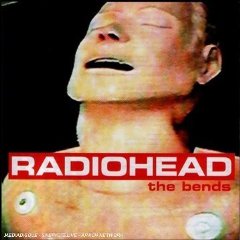 Radiohead’s great leap forward after their mediocre debut “Pablo Honey” and huge (and fantastic) worldwide hit single “Creep” in 1993. “The Bends” would be Radiohead’s last guitar centric, stadium rock album to date, before they began to focus on more experimental sounds. They took the grunge sound of the early 90’s as a template and added more musically ambitious instrumental passages as well as haunting & gorgeous acoustic music. With this album Radiohead would lay claim to best band in the world status and would go on to expand their repertoire with each successive album. 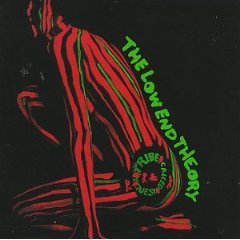 “Low End Theory” is the best Tribe album and one of the best albums in the history of rap. It is the apex of both jazz rap and Native Tongues style socially conscious rap.

Q-Tip and Phife address issues like the struggle between the sexes in a humorous, sensitive, intelligent and hip manner. They also bite the hand that feeds them with a few biting digs at the music industry. This is an album you can chill to, dance to and learn from. It all ends with one of the all time classic battle raps in ”Scenario” featuring guests Leaders of the New School including most notably Busta Rhymes in probably his most famous verses. 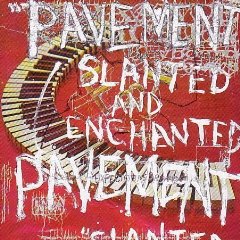 With apologies to Beck’s “Mellow Gold”, this album was the slacker anthem of the decade. “Slanted and Enchanted” was the pinnacle of the lo-fi movement, filled with fractured songs, vocal shrieks, blasts of feedback & obscure lyrics. The result is an extremely sloppy sound (not helped by sub par drummer Gary Young) that suggests a group of guys that can barely get out of bed in the morning. In actuality Pavement was the mastermind of Stephen Malkmus, an extremely intelligent University of Virginia grad. Malkmus is able to take all of the different sounds on the album and turn them into a set of really accessible songs. Although Pavement subverted traditional song structures, the album is full of melodies and hooks. “Slanted” and Pavement would go on to influence every leftfield experimental rock band in its wake. 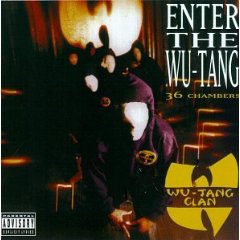 The Clan came out of nowhere from Staten Island with this debut release- still the high point of their output. They were a loose collection of nine MC’s (RZA, GZA, Method Man, Ol’ Dirty Bastard, Raekwon, Ghostface Killah, Inspektah Deck, U-God & Masta Killah). All also had additional pseudonyms and 6 of them eventually released at least one acclaimed solo album a piece- all on different record labels. RZA was the production genius and gave all of the songs their skeletal, ambient & downright spooky beats- unlike anything heard before in the rap world. The album is full of pop culture references, particularly sample dialogue from old kung-fu movies, threats of violence & off beat humor. They became one of THE dominate forces in hip hop throughout the decade and remain relevant today. “Enter the Wu-Tang” will likely never be replicated with by the Wu or by anyone else.

Buy “Can It All Be So Simple” 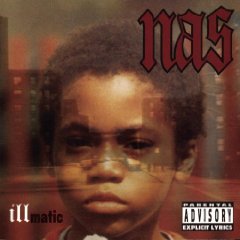 Straight Outta Queens, New York, Nasir Jones arrived fully formed with his debut album in 1994. “Illmatic” is made up of 10 songs and is less than 40 minutes (which is incredibly brief compared to the increasingly bloated rap albums which still linger today) with nary a miss on it. Along with the Wu-Tang, Nas helped bring about the renaissance of New York rap after the decline of many of the genres best 80’s New York rappers and the ascendance of L.A.’s gangsta rap spearheaded by Dr. Dre, Ice T & N.W.A. Nas gets the best beats of his career (he would be later chastised for not having beats that lived up to his rhymes) & shows that he is one of the best lyricists in rap history. He is able to describe the rough & tough realities of ghetto life in a highly literate manner while maintaining a sense of hope for himself and his community. Six out of ten songs on this album are absolute stone cold rap classics and the other four are not too shabby either.

Buy “The World is Yours” 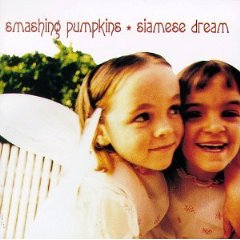 “Siamese Dream” is the album that brought grunge music to the arena. Singer Billy Corgan did nearly everything on this album- vocals, guitar, bass, writing & even some of the production- with the exception of drums & percussion which was handled by the great Jimmy Chamberlain. Though Corrigan would take the current sounds of alternative rock (read: grunge) as his template he would add layers upon layers of guitar with extended solos & elements of progressive rock to the mix. “Dream” is in many ways more similar to a mid-70’s Queen album than Nirvana or Soundgarden and the rest of their grunge ilk. Corgan also added tortured and heartfelt lyrics and impassioned singing (though his vocals are very grating to some) creating an epic album that perfectly fit the times for teenagers and early twenty-somethings. “Siamese Dream” contains massive alternative rock MTV & radio hits including “Cherub Rock”, “Today”, “Disarm” and “Rocket” which still get much airplay today. 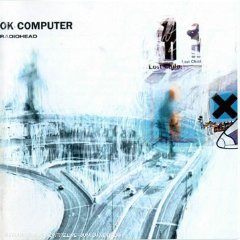 “OK Computer” is many things. A throwback to the grand concept albums of the 1960’s and 70’s (namely Pink Floyd). A turning away from the simplistic Brit pop of the mid 90’s dominated by bands like Oasis. An epic statement capturing the paranoia and loneliness of the end of the 20th century. Radiohead takes elements of grunge but also adds splashes of electronica to the mix creating music that almost has an ambient feeling at times, though ”OK Computer” is still unmistakably a rock album. The concept of the album is primarily about the loss of ones identity & humanity due to the overabundance of technology in our present age. There is also an air of an Orwellian & dystopian society looming over the whole record that portends the new millennium to come. “OK Computer” would cement Radiohead’s status as the best band of their era. They would continue to make amazing music into the next decade but “OK Computer” is still their definitive statement so far. 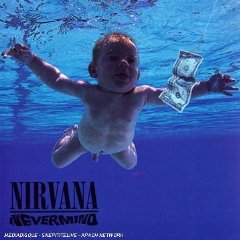 “Nevermind” is my #1 album of the 90’s. I know I might catch some flack for this choice as the ubiquity of this album

has likely dulled its impact for some people but not for me. I heard this album sophomore year in my college dorm just before “Smells Like Teen Spirit” broke as a hit single. While listening to the album for the first time I felt like I was being run over by a freight train- it had an immediacy and an impact on me like no other album since “Appetite for Destruction”- but without the nihilism and misogyny that was rampant through “Appetite”. “Nevermind” Although it was linked with the burgeoning Seattle sound of Pearl Jam, Soundgarden, Alice In Chains and Mudhoney to name a few, it was much more. Kurt Cobain & co. combined furious punk riffing & the ferocious drums with hooks galore, as well as brilliant, cathartic, self aware lyrics that spoke to the angst, helplessness & apathy of a generation. Nirvana became the biggest rock stars on the planet but took a completely anti-rock star stance- abhorring hatred of women & gays in particular. Their music was like a combination of the stop start dymanics of The Pixies, with the PC stance and punk fury of Fugazi and an almost Beatlesque knack for melodies beneath all of the heavy guitar riffage. You can tell a great album when it has amazing singles- and “Nevermind” certainly does with “Smells Like Teen Spirit”, “Lithium”, “In Bloom” & “Come As You Are” but as good as those songs are my three favorite songs on the album were never released as singles. That defines a true classic. (my 3rd fave is “On A Plain”)