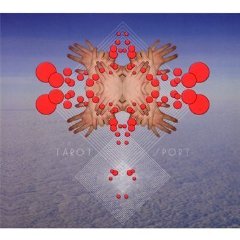 British experimental duo create the electronica album of the year after their previous more post-rock oriented debut release “Street Horrrsing”. “Tarot Sport” is made up of five lengthy, slow building epic tracks that give off a meditative and majestic vibe and two shorter, bugged out songs that punch you right in the gut. 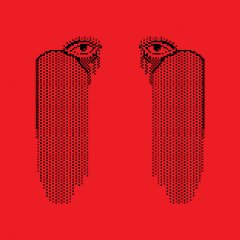 Bear In Heaven are yet another indie-rock quartet from Brooklyn (by way of the American south). They take the sounds of 1970’s prog-rock and krautrock and early nineties shoegaze as their musical templates but boil away both of those genres perceived excesses into more economical three to four minute songs. Their are power chords and big choruses throughout. It’s prog rock without all of the endless noodling. 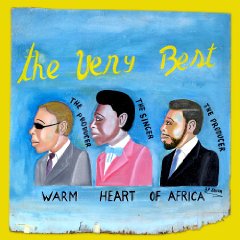 The Very Best are Malawian singer Esa Mwamwaya and British production team Radioclit who as The Very Best, follow up their successful 2008 mixtape collaboration with this, their debut album. The material on their mixtape was mostly reworkings or remixes of other groups songs. “Warm Heart of Africa” is 100% original material. Though the songs are sung mostly in Malawaian and some of the music takes its cues from Afro-pop, American and British techno music are also very heavy influences. Ezra Koenig of Vampire Weekend (themselves ambassadors of global music) as well as M.I.A. (Ditto!!!!) also show up on two of the album’s best tracks. This is a very different type of “World” music and well worth checking out. 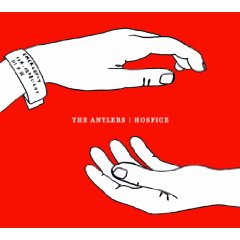 “Hospice” is a concept album about a terminal cancer patient and his nurse who falls in love with him despite his diagnosis. And believe it or not it’s actually the debut album for Brooklyn’s The Antlers- quite a way to announce yourself to the world! I haven’t fully digested this album yet. I can say it is very beautiful if depressing and somewhat inscrutable. The music is large- dynamic and full of crescendos. The Arcade Fire and Neutral Milk Hotel both come to mind. Time will tell whether this album will fade a bit or become a stone classic. I’m not sure but I’d bet on the latter.

26. THE CLIENTELE- BONFIRES ON THE HEATH 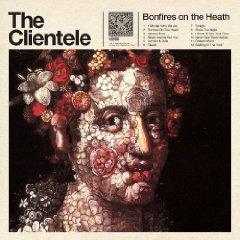 Buy AmazonBonfires on the Heath

This London-based jangle pop quartet’s fourth proper (non-compilation) album at least matches their consistently quality output since their debut. “Bonfires” has a very autumnal vibe. You can almost smell the burning leaves when listening to tracks like “Harvest Time”, “Graven Wood” and the title track. Though the majority of their past songs have been very, mellow, moody music in a sixties British pop vein, they try some more uptempo numbers on “Bonfires” and to very nice effect. The Clientele is a relatively unknown and underappreciated band. Hopefully respect for them will grow in time.
*Any newbies who are interested should use the band’s 2000 single collection “Suburban Light” as a starting off point. It’s a perfect album and their single best full length release.

Buy “Never Anyone But You” 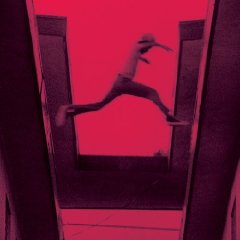 Call it a comeback. After two lackluster releases in the past decade Mos Def fulfills the promise of his 1999 solo debut “Black on Both Sides” with “The Ecstatic”. He could have called this release “The Eclectic” as Mos samples various styles including Spanish & African music and reggae. Mos is a restless rapper seemingly uncomfortable with the status quo. Though there are sixteen tracks on “The Ecstatic” over half are under three minutes so the album flies by at breakneck pace and is prone to immediate repeated plays. This is the non gangsta rap album of the year!

24. THE AVETT BROTHERS- I AND LOVE AND YOU 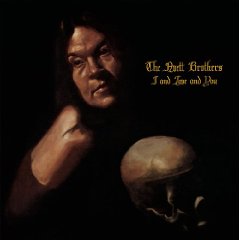 Buy AmazonI and Love and You

“I And Love and You” is the major label debut (produced by Rick Rubin) for this blue-grass/folk trio from Greenville, North Carolina. Though the Avett’s have been building a grass roots following for the better part of the last decade this is the first time I have heard them. Bluegrass only seems to be a minor influence on this album. The musical arrangements consist of acoustic guitar, piano, banjo & strings. The lyrics and songs are lovely and sincere and sound unlike most of the music of 2009 (or at the very least most of the music on this list)- the closest is probably Neko Case. This album is quite a grower and gets better and better with each listen.p>

Buy “I and Love and You” 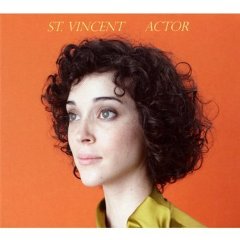 St. Vincent is the alias of the beautiful & talented singer-songwriter Annie Clark, who previously cut her teeth as a background vocalist in the Polyphonic Spree and as a member of Sufjan Steven’s touring band. “Actor” is her second album and it improves on her artistically successful debut “Marry Me” which was released in 2007. Clark is not your typical singer-songwriter. She not only sings, but plays guitar, bass, keyboards and is involved in both the production and arrangement of the album. Though some of the tracks on the album are in the more familiar singer-songwriter style, other tracks are more musically abrasive even as her voice remains calm and controlled througout the album. Clark is a very gifted writer and musician who seem to be gaining in confidence with each release. Don’t be surprised to hear a lot more from her in the future.

Buy “Actor Out of Work” 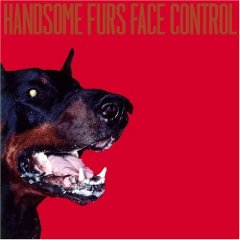 Handsome Furs are Dan Boeckner’s (of Wolf Parade) side project with his wife Alexia Perry. The album races by quickly with only two songs approaching five minutes. Though the listener is reminded of Wolf Parade due to Boeckner’s vocals the songs on”Face Control” have a much less epic feel. They feel like short blasts (even the longer songs) and invoke the spirit of early eighties New Wave. This album has surprisingly received almost no love on most critics’ 2009 year end lists which could make it a future lost classic 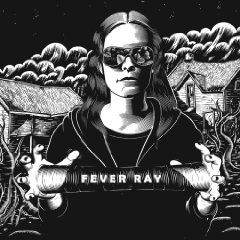 Fever Ray is the solo project of The Knife’s Karin Dreijer, which to me sounds more like the proper follow-up release to The Knife’s brilliant 2006 album “Silent Shout”. “Fever Ray” contains the same the same icy, evil-sounding synths and is, if anything, a bit darker than The Knife. The music is also a bit more stripped down leaving Dreijer’s voice more exposed and in the foreground than on “Silent Shout”. “Fever Ray” is an eerily beautiful album and contains a real sense of dread which is unfortunately a sign of the times.

Buy “When I Grow Up”