9. Ray Charles- (The Night Time Is) The Right Time

Buy I Wonder Why (1999 Digital Remaster)

16. The Everly Brothers- All I Have To Do Is Dream

17. Little Anthony & the Imperials- Tears On My Pillow

Buy Tears On My Pillow

20. The Platters- The Smoke Gets In Your Eyes

Buy Smoke Gets In Your Eyes

Buy The Slummer The Slum

24. The Silhouettes- Get A Job

Buy Get a Job

Buy What Am I Living For (LP Version)

Buy Win Your Love For Me

30. Elvis Presley- Wear Your Ring Around My Neck

Buy Wear My Ring Around Your Neck

31. Frank Sinatra- Come Fly With Me

Buy Willie And The Hand Jive

3. Bobby Darin- The Queen Of The Hop

Buy Queen Of The Hop

Buy Dance to the Bop (Original)

8. Howlin’ Wolf- Sittin’ On Top Of The World

Buy Sitting On Top Of The World (1958 Single Version)

12. The Danleers- One Summer Night

Buy Dedicated To The One I Love

16. Jerry Butler & The Impressions- For Your Precious Love

Buy For Your Precious Love

Buy Ballad of a Teenage Queen (Without Overdubs)

22. The Shields- You Cheated

Buy You Cheated You Lied

Buy (I Love You) For Sentimental Reasons (Remastered)

31. The Teddy Bears- To Know Him Is to Love Him

BuyTo Know Him Is to Love Him

3.  Buddy Holly & the Crickets- Think It Over

Buy Think It Over (Single Version)

4.  Ricky Nelson- Believe What You Say

7.  Johnny Cash- I Still Miss Someone

8.  Elvis Presley- I Got Stung

Buy I Got Stung

Buy All Your Love (I Miss Loving) (Original Cobra Recording)

Buy Love You Most Of All

14.  Little Walter- Key To The Highway

17.  Bobby Freeman- Do You Want To Dance

Buy Do You Wanna Dance

Buy Don’t You Just Know It?

Buy My Baby Just Cares For Me

BuyRock’n’roll Is Here To Stay

5.  Ray Smith- Right Behind You Baby

Buy Right Behind You Baby

16.  Ella Fitzgerald- Puttin’ It On The Ritz

Buy Puttin’ On The Ritz

Buy That’s The Way Love Is

Buy You Were Made For Me

Buy So Far Away

1958 – A year where Rock N’ Roll was here to stay. Where all of the 50’s music stars fired on all cylinders. The year before Chuck Berry got busted, Little Richard fled back to the church, and Jerry Lee Lewis became an outcast. The year before ‘The Day the Music Died’ with the Buddy Holly/Ritchie Valens/Big Bopper plane crash. Though Elvis did go into the army in ’58, there were still plenty of great songs left in the pipeline and he even released the underrated “King Creole” album. When people think of “The 50’s” musically the key years are 1956-58. Those years saw the cementing of rock n’ roll music in American popular culture as well as the birth of Soul music. 1958 also saw the launch of the influential Billboard Hot 100 music charts as well as the introduction of the first stereo LP’s on RCA.

Rock N’ Roll’s biggest and most influential stars all released many of their key tracks in 1958- Elvis (Wear Your Ring Around My Neck, Don’t), Buddy Holly (Rave On, Well All Right) Little Richard (Good Golly Miss Moly, Ooh My Soul), Chuck Berry (Johnny B. Goode, Sweet Little Sixteen), Jerry Lee Lewis (Breathless, High School Confidential), Bo Diddley & Fats Domino (Whole Lotta Lovin’). Other only slightly lesser stars like Ricky Nelson (Poor Little Fool, Believe What You Say), Eddie Cochran (Summertime Blues, C’mon Everybody), Ritche Valens (La Bamba, Come On Let’s Go) emerged as well. Many of these cuts were done in the rockabilly style, which combined the twang of country & western music with the raucousness of early Rhythm & Blues. Some great rockabilly songs and artists were done by artists out of the mainstream like Dwight Pullen, Larry & Lorrie Collins & Boyd Bennett. Other artists had hits but were lesser known as well, including Duane Eddy, who pioneered a low, twangy guitar sound with tons of reverb whose biggest hit was “Rebel Rouser”. And Link Wray, whose biggest hit “Rumble” is even considered a prototype for Heavy Metal. The great Gene Vincent is often little known outside of his biggest hit “Be-Bop-A-Lula”, but he is considered one of the best and most important early rock n’ rollers as well. Jack Scott is another who had some hits, including “Leroy”, but is often forgotten by music historians. Cliff Richard & the Shadows, the biggest 1950’s British rock n’ roll group also played in the rockabilly style. Their biggest hit was 1958’s “Move It”. Some great one hit wonders of 1958 include The Big Boppers “Chantilly Lace”, Jody Reynold’s “Endless Sleep”, Bobby Day’s “Rockin’ Robin”, The Champs great instrumental “Tequila” and Bobby Freeman’s “Do You Want To Dance”- all are considered early rock n’ roll classics.

Though soul music was still in its infancy in 1958, all of the early soul pioneers including James Brown, Sam Cooke, Ray Charles & Jackie Wilson released important work in 1958 including “Try Me”, “Win Your Love For Me”, “(The Night Time) Is The Right Time” and “Lonely Teardrops” respectively. Other lesser known but still important early soul pioneers like Huey “Piano” Smith, Little Willie John, Clyde McPhatter (formerly of the Drifters), Jerry Butler & Lavern Baker added important cuts. Doo-Wop, which had dominated black vocal music in the mid 50’s was experiencing the last of its heyday, before an early 60’s revival. Groups like the Fiestas, The Shields, the Danleers, the Elegants, the Pastels & Harvey & the Moonglows all enjoyed at least one 1958 hit. Bigger Doo-Wop inspired groups like the Platters (The Smoke Gets In Your Eyes, Twilight Time)& Little Anthony & the Imperials (Tears On My Pillow) continued their run of success with some of their very biggest hits. Two other black vocal groups, The Silhouettes (a one hit wonder with “Get A Job”) & the Coasters, who had a run of very influential hits including 1958’s “Yakety Yak”, were almost too rock n’ roll to be considered Doo-Wop though they could fit into either category. The two biggest vocal groups of the year were white- the Everly Brothers, who sang beautiful harmonies in a sound influenced equally by country & rockabilly and who became one of the major influences on the Beatles & Dion & the Belmonts, one of the very biggest Doo-Wop groups of the 50’s. Their biggest and probably best hit “I Wonder Why” was released in 1958.

Other music done outside of the rock n’ roll, soul & rockabilly realm was still flourishing in 1958 as well- country music saw the legendary Johnny Cash at the height of his powers, releasing his last cuts for Sun Records. Conway Twitty enjoyed a huge country crossover hit with “It’s Only Make Believe” and Don Gibson released his two best songs “Oh Lonesome Me” & “I Can’t Stop Loving You”. The Chicagoans on Chess Records were still dominating the blues scene- Howlin’ Wolf, Muddy Waters, Otis Rush, Little Junior Parker & Little Walter. Though there weren’t many definitively influential jazz released outside of maybe Cannonball Adderley’s “Something Else”, Mose Allison, Nina Simone, Champion Jack Dupree, Art Blakey & the Jazz Messengers all released great stuff. Brazilian Joao Gilberto released what was likely the first Bossa Nova recording with “Chega De Saudade”. Vocal torch singers were still the rage with the adult crowd. Peggy Lee released her signature song with “Fever”. Frank Sinatra had great cuts like “Witchcraft” and “Come Fly With Me” along qwith the last of his great mid to late 50’s run of albums with “Sings Songs For The Lonely”. Ella Fitzgerald continued her songbook series with one of her best “Ella Sings Irving Berlin”. The versatile Bobby Darin was able to combine rock n’ roll and crooning- releasing rnr songs “Splish Splash” & “Queen Of the Hop” along with more adult fare like “That’s The Way Love Is”. 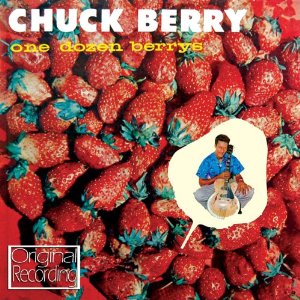 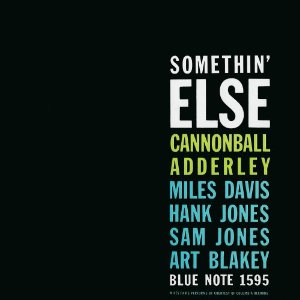 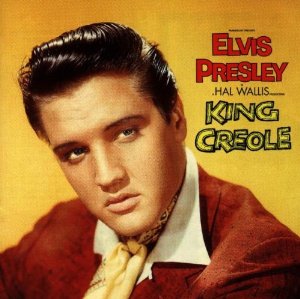 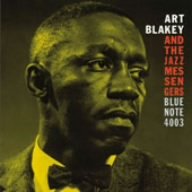 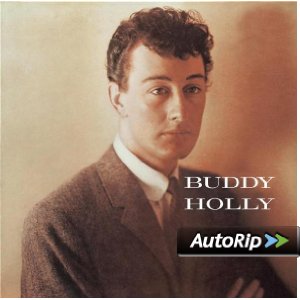