1960- I’ve often heard it referred to as the worst music year in post rock n’ roll history.  That actually may be true though if you’ve followed this blog you know that one of my main beliefs about music in the 2nd half of the twentieth century is that no year is a bad year.  In 1955/56 rock n’ roll had exploded into the public consciousness, and the years ’56-’58 were particularly fertile.  By 1960 most of (white) rock n’ roll’s biggest stars had become waylaid- either by death or some other factor and folk music began to dominate the collegiate scene as the rock n’ roll teeny boppers grew up and went to college.  The record companies brought in heavily marketed and imaged teen idols like Frankie Avalon and Fabian who were a pale imitation of the rebellious and authentic rockers of just a few years before-  they were the early sixties version of today’s American Idol contestants.

Elvis Presley, certainly rock n’ roll’s biggest star, joined the army and signed a contract with Colonel Tom Parker, whose primary goal seemed to be to get the King to appeal as much as possible to the middle of the road.  Buddy Holly (along with Ritchie Valens and The Big Bopper) died in a plane crash the year before and Jerry Lee Lewis was being shunned by the American public for his marriage to his 14 year old cousin.  Little Richard left rock n’ roll for religion and although Chuck Berry was still having hits he was about to be in heaps of legal troubles and eventually sent to jail for transporting a 14 year old minor across state lines.  Two of the main sub genres of rock n’ roll- Doo Wop & Rockabilly were also petering out though there were still some fine charting songs in 1960 for both.

So that certainly paints anything but a rosy picture, but what is often left out of the history books is all of the good music being made in 1960-  most of the best stuff was being made by black artists so it is unfortunately no surprise that many times it is given too short shrift in the white historical lexicon.  But artists like the Everly Brothers, huge in the last fifties, were still firing on all cylinders in 1960 with two of their biggest hits, “Cathy’s Clown” and “When Will I Be Loved” along with a few other great but lesser known tracks.  Roy Orbison also emerged as one of the best new artists of 1960.  Though he had been recording at Sun since the mid 50’s he didn’t hit big until ’60 with “Only the Lonely”, his first in a string of amazing hits that lasted through the early part of the decade.  Underrated (except by Italians 🙂 ) Connie Francis also had some great would be girl group (if she wasn’t a solo singer) gems, paving the way for singers like Dusty Springfield & Lesley Gore a few years later.

But the really great music came from the Soul & Blues artists.  All of the inventors of soul- Sam Cooke, James Brown, Jackie Wilson & Ray Charles had some of their very best years in 1960- in fact, they were all at the peak of their powers.  Labels like Atlantic, Chess & King were still flourishing and the Blues was in high gear.  Starting with the Kings (B.B., Freddy & Albert) as well as Howlin’ Wolf, Muddy Waters & Elmore James to name the biggest hitmakers. Many of these tracks wouldn’t be known to white America until the late 60’s when British heavy metal/hard rock bands like Led Zeppelin & Cream covered them.  Several huge 50’s artists like Fats Domino & Hank Ballard had big hits in ’60 as well, though both were at the tail end of their charting careers.  Another big 50’s, Atlantic’s The Drifters, climbed to even bigger hits in 1960 when they got a new lead singer in Ben E. King, who also contributed his first solo hit “Spanish Harlem” which would become a soul standard.  Lesser known soul/blues artists like Little Willie John also had big years, while the city of New Orleans was generating tons of excitement as well with one off singles like “Carnival Time” by Al Johnson, “Ooh Pa Pa Do” by Jessie Hill” and “Go to the Mardis Gras” by Professor Longhair, which would become the theme song for the yearly Mardis Gras event.

Even though Elvis had become somewhat neutered, or at the very least watered down, he still was good for a handful of great songs- “It’s Now or Never”, “Stuck On You”, “Are You Lonesome Tonight” amongst all of the other dreck.  And “True Love Ways” was released posthumously after Buddy Holly’s death, the song a fitting reminder of so much future creativity and greatness lost.  Like I said, 1960 may pale in comparison to every post 1955 year in music but it is still well worth exploring.  And I didn’t even mention that some of the best jazz albums of all time came out in ’60 (the first two absolute gamechangers)- see below! 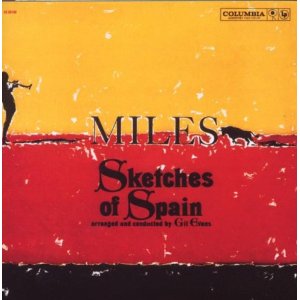 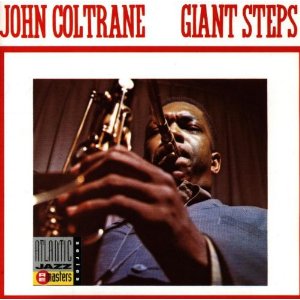 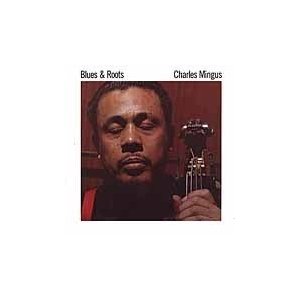 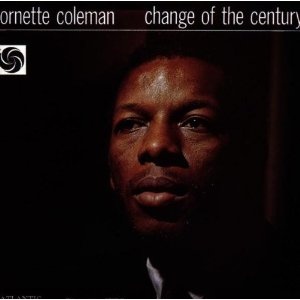 *The “Change of the Century” album is included on this release 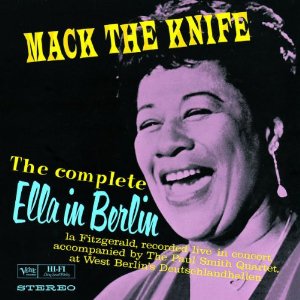 Buy The Complete Ella In Berlin: Mack The Knife Amazon

Buy Who’s Lovin’ You – The Ultimate Collection: Smokey Robinson and the Miracles

Buy Money (That’s What I Want)

Buy Got My Mojo Workin’ – Live at Newport

Buy Got My Mojo Working (Live)

7.  The Shirelles- Will You Love Me Tomorrow?

Buy Will You Love Me Tomorrow?

Buy A Fool In Love

9.  Jerry Butler- He Will Break Your Heart

Buy He Will Break Your Heart – Best of Jerry Butler

Buy He Will Break Your Heart

* Not available via Amazon

12.  The Everly Brothers- When Will I Be Loved

13. Roy Orbison- Only the Lonely

Buy Only The Lonely (Know The Way I Feel) – 16 Biggest Hits: Roy Orbison

Buy Only The Lonely (Know The Way I Feel)

16.  Freddy King- Have You Ever Loved a Woman

Buy Have You Ever Loved a Woman – 17 Greatest Hits

Buy Have You Ever Loved A Woman

Buy The Sky Is Crying – The Best of Elmore James

Buy The Sky Is Crying – Original

Buy Georgia On My Mind

Buy Go to the Mardi Gras – City of Dreams: A Collection of New Orleans Music

Buy Go To The Mardi Gras

Buy Where or When – The Best of Dion & The Belmonts

Buy Where Or When

29.  The Drifters- Save the Last Dance for Me

Buy Save the Last Dance for Me – The Drifters: All-Time Greatest Hits

Buy Save The Last Dance For Me (LP Version)

4.  Wanda Jackson- Let’s Have a Party

Buy Let’s Have A Party

6.  Smokey Robinson & the Miracles- Shop Around

* Not available via iTunes

8.  Freddy King- You’ve Got to Love Her with Feeling

Buy You’ve Got To Love Her With A Feeling

Buy Cathy’s Clown – The Golden Hits of the Everly Brothers

Buy Excuse Me (I Think I’ve Got a Heartache)

Buy Stuck On You

20.  George Jones- The Window Up Above

Buy The Window Up Above

21.  The Drifters- This Magic Moment

Buy No Shoes – The Best of John Lee Hooker

Buy The Wind – The Best of the Jesters

Buy The Theme From “A Sumer Place” – Greatest Hits

Buy The Theme From “A Summer Place” (Single Version)

8.  Marty Robbins- Song for the Bandit

10.  Elmore James- Standing at the Crossroads

Buy Standing At the Crossroads – The Best of Elmore James

Buy Standing At The Crossroads – Original

11.  Buddy Guy- The First Time I Ever Met the Blues

Buy First Time I Met the Blues – The Greatest Blues Recordings Ever Made Vol. 2

14.  The Crests- Trouble in Paradise

15.  Smokey Robinson & the Miracles- Way Over There

Buy Way Over There – Ooo Baby Baby: The Anthology

Buy Way Over There

Buy Lonely Teenager – The Best of Dion & The Belmonts

20.  Elvis Presley- Are You Lonesome Tonight?

Buy Are You Lonesome Tonight? (Remastered)Amazon

Buy A Woman, A Lover, A Friend

Buy Let It Be Me

Buy Tell Laura I Love Her

7.  The Shirelles- Tonight’s the Night

*Not available via iTunes
Buy Tonight’s the night

10.  Connie Francis- My Heart Has A Mind of Its Own

11.  The Paradons- Diamonds and Pearls

12.  The Skyliners- Pennies from Heaven

Buy You Hurt Me – Sure Things
*Not available via Amazon

Buy Once In a While – Solid Gold Hits, Volume 5

Buy Once In A While

Buy Let’s Have a Natural Ball – The Velvet Bulldozer

Buy Let’s Have A Natural Ball

Buy Mountain of Love – Harold Dorman’s There They Go – EP

Buy Apache – The Best Of The Shadows (Gold Series)

Buy Done Somebody Wrong – The Sky Is Crying

Buy Am I the Man – Jackie Wilson: 20 Greatest Hits

Buy Am I The Man

Buy Shake a Hand – Soul On Fire: The Best of LaVerne Baker

18.  The Every Brothers- Since You Broke My Heart

Buy Since You Broke My Heart

19.  Connie Francis- Many Tears Ago

Buy Many Tears Ago

Buy Image of a Girl – Goldisc Records from the Vault, Vol. 2

Buy Image of A Girl

24.  Nina Simone- Nobody Knows You When You’re Down and Out

Buy Nobody Knows You When You’re Down and Out (LP Version) – Anthology:The Colpix Years

Buy Nobody Knows You When You’re Down And Out Amazon

Buy Howlin’ for My Baby (Single Version) – Howlin’ Wolf: Moanin’ In the Moonlight – Two for One

Buy Howlin’ For My Baby