1961- It was a year not all too different than 1960.  A year whose best music was often made by sixties holdovers.  The creators of soul music, Ray Charles, Sam Cooke, James Brown, were still in full swing and releasing some of their very best stuff.  Bo Diddley, the Everly Brothers, the Coasters & Fats Domino were at the tail end of their most relevant musical period but each of them managed at least one great song in ’61.  The underrated Ricky Nelson had a great year and Elvis, back from the army had a stable of huge hits.  Though it wasn’t one of their most prolific years, the Drifters managed a few great lesser known songs.  Hank Ballard & the Midnighters, one of the raunchiest groups at the time, managed some great tracks as well.  Chuck Berry was on his way to prison but was able to keep recording during his trials and released his last great songs before a three year prison stint.

Bobby Bland can get credit for being both a soul man and a blues man and though he had been around since the late fifties, he probably had his best year in 1961 with the release of his soul/blues classic album “Two Steps from the Blues”.  Freddie King was the other bluesman on fire in ’61 releasing his debut album “Freddie King Sings” which contains his signature song “Hide Away”.  Vets Howlin’ Wolf and Jimmy Reed both had multiple hits and Slim Harpo, Little Junior Parker & Albert King were also factors.  In the jazz world the Phil Upchurch Combo had a huge hit with “You Can’t Sit Down”, which ended up crossing over and being covered for the pop & r&b charts.  John Coltrane released his monumental “My Favorite Things” as well as “Thelonius Monk with John Coltrane”, a collaboration with the legendary pianist.  Ornette Coleman continued to push the boundaries of the genre with his self-explanatory “Free Jazz” album.  Pianist Bill Evans, a year after his contributions to the great Miles Davis album “Sketches of Spain”, released his most well-known album “Waltz for Debby”.  The amazing blues/jazz singer Nina Simone, still relatively unknown at the time, continued releasing albums on the Colpix label, adding to her already impressive body of work.  Bobby Darin, just a year or two off of releasing the one two punch of “Beyond the Sea” and “Mack the Knife”, released the underrated song “Lazy River”.

There was a new type of pop singer emerging in the early 60’s as well- the heart on your sleeve, almost overly-emotional operatic crooners.  But these were singers rooting it rock or country & western, rather than jazz or swing.  Roy Orbison, who had huge hits with “Crying” and “Running Scared” in ’61 among others may have been the best of the lot.  But Gene Pitney, Del Shannon & Dion were nearly as great.  All had enormously beautiful voices and sung songs that asked you for pity- the early 60’s version of Emo.  The early 60’s was also the beginning of the girl group sound that would begin to dominate the American charts for the next few years, both before and during the British Invasion explosion.  The Shirelles had a few great tracks in ’61, along with the Crystals first single- produced by Phil Spector, and the Paris Sisters.  Connie Francis, another sixties holdover was still going strong.  Motown Records, still in its infancy, had their first #1 hit with the Marvelettes “Please Mr. Postman”.  Smokey Robinson had 1 hit in ’61 as well, but other than them the best northern soul of ’61 was happening outside of Motown with Chicago groups & singers like the Impressions, who scored their first hit with “Gypsy Woman”, Etta James with her signature song and wedding staple “At Last”, the Iceman Jerry Butler.  Atlantic Records star Lavern Baker released one of her last great songs with “Saved” and former Drifters singer Ben E. King, had a string of hits including his biggest “Stand By Me”.

1961 was a great year for southern soul, which would soon be known as Carolina beach music.  Great songs by William Bell, the Mar-Keys, Solomon Burke, Ike & Tina Tunrer, Carla Thomas and the New Orleans stable of Lee Dorsey, Robert Parker, the Showmen, Ernie K. Doe & Barbara George all say airplay.  Doo-Wop, a music that was both present before the birth of rock n’ roll and helped form it was back with a vengeance.  So much that the early 60’s is known to have given birth to a full-on Doo-Wop revival period.  Most of the groups were one hit wonders, or at least only place one song on the charts in 1961.  The Edsels, Barry Mann, Curtis Lee, the Capris, Dovells, Jarmels, Regents, Chantels, Halos, Earls, Stereos, Tokens, Velvets, Little Caesar & the Romans, Shep & the Limelites, Blue Jays, Cleftones, Jive Five, Quotations, Dreamlovers, Sevilles & Capris all came out with one great song.  Out of all of those groups only the Regents & Tokens had multiple songs hit the charts in ’61.

In the country music world Patsy Cline was the dominant artist, having massive hits with two of her most enduring songs “I Fall to Pieces” and Crazy”.  Buck Owens, Marty Robbins, Johnny Cash, George Jones, Faron Young and a then unknown singer-songwriter named Willie Nelson all contributed great songs in 1961 as well.

’61 was an in between year for sure- post early rock n’ roll era, but pre-Beatles and the Phil Spector girl group & Motown sounds were still in there infancies. But check out the list of songs below on these mixes- there is a lot to like. 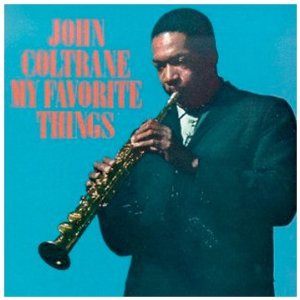 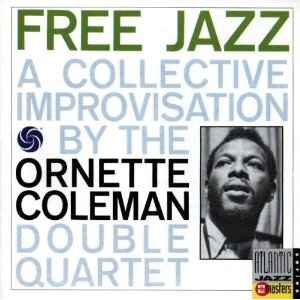 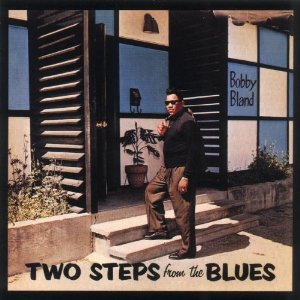 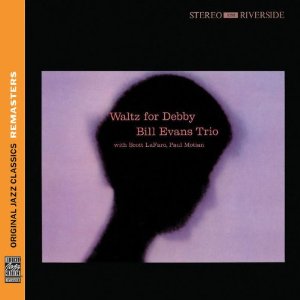 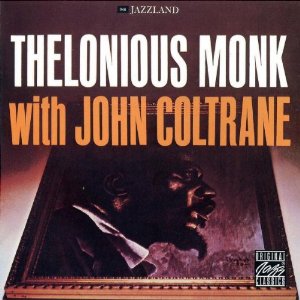 7.  Bobby Bland- Turn On Your Lovelight

Buy Turn On Your Love Light

Buy Who Put the Bomp

13.  Gene Pitney- Every Breath I Take

Buy Every Breath I Take – Gene Pitney: Greatest Hits of All Time

Buy Every Breath I Take

Buy Just Out Of Reach [Of My Two Empty Arms]

Buy I Don’t Want To Cry

Buy You Don’t Miss Your Water

Buy Stand By Me

Buy At Last – At Last! (Remastered)

2.  Chuck Berry- I’m Talking About You

Buy I’m Talking About You – The Definitive Collection (Single Version)

Buy I’m Talking About You

Buy I Fall To Pieces

Buy Every Beat Of My Heart

Buy I Pity The Fool

Buy Find Another Girl – The Greatest Hits of Jerry Butler

Buy Just For You

18.  Elvis Presley- Marie’s the Name of His Latest Flame

21.  The Vibrations- The Watusi

Buy The Watusi – Oldies But Goodies

Buy But I Do

Buy Hats Off To Larry – The Del Shannon Collection

Buy Hats Off To Larry

26.  The Cleftones- Heart and Soul

Buy There’s A Moon Out Tonight

30.  Little Caesar & the Romans- Those Oldies but Goodies (Remind Me Of You)

Buy Those Oldies But Goodies Remind Me Of You

Buy Shake For Me

2.  Albert King- Don’t Throw Your Love on Me So Strong

Buy Don’t Throw Your Love On Me So Strong

3.  Hank Ballard & the Midnighters- The Switch-A-Roo

4.  The Drifters- Some Kind of Wonderful

Buy Some Kind of Wonderful – The Drifters: Essentials

5.  The Velvets Tonight (Could be the Night)

Buy Tonight Could Be the Night – Doo Wop Classics Vol. 8

Buy Tonight Could Be The Night

8.  The Stereos- I Really Love You

Buy I Really Love You

Buy (I Wanna) Love My Life Away

Buy I’m a Telling You – Best of Jerry Butler

Buy Life Is But a Dream – Remember Then

Buy Life Is But A Dream

Buy Ya Ya – Silly Songs

Buy Ya Ya – Original

Buy School Is Out – The Very Best of Gary U.S. Bonds

Buy School Is Out

Buy I Feel So Bad – Elvis Is Back (Legacy Edition)

21.  Smokey Robinson & the Miracles- What’s So Good About Goodbye

Buy What’s so Good About Goodbye – The Ultimate Collection: Smokey Robinson and the Miracles

Buy What’s So Good About Goodbye

23.  The Everly Brothers- Walk Right Back

Buy Walk Right Back – The Golden Hits of the Everly Brothers

Buy I Know (You Don’t Love Me Anymore) – Funky Divas – Do You Funk?

Buy I Know (You Don’t Love Me Anymore)

Buy (Don’T Fight It) Feel It

3.  Hank Ballard & the Midnighters- Nothing But Good

6.  The Dovells- The Bristol Stomp

9.  The Drifters- Sweets for My Sweet

Buy Let’s Have A Party! The Very Best Of Wanda Jackson

12.  Elvis Presley- Can’t Help Falling in Love with You

Buy I Love How You Love Me

Buy I’ve Got News For You

Buy I’m Comin’ On Back to You – Jackie Wilson: 20 Greatest Hits

Buy I’m Comin’ On Back To You

18.  The Dreamlovers- When We Get Married

Buy When We Get Married – The Heritage Colossus Story

Buy When We Get Married

Buy House Of The Rising Sun

25.  Connie Francis- Where the Boys Are

Buy Where the Boys Are – 20th Century Masters – The Millennium Collection: The Best of Connie Francis

Buy Where The Boys Are

Buy The Mountain’s High – Lost Hits of the 60’s

Buy We Got A Party

3.  The Showmen- It Will Stand

Buy It Will Stand (2002 Digital Remaster)

Buy You Can’t Sit Down – Part One

Buy Ram-Bunk-Shush – Walk Don’t Run : The Best Of The Ventures

Buy Saved – Soul On Fire: The Best of LaVerne Baker

7.  Freddie King- I Love the Woman

11.  Sam Cooke- Don’t Get Around Much Anymore

Buy Don’T Get Around Much, Anymore

12.  Ray Charles- I’m Gonna Move to the Outskirts of Town

Buy I’m Gonna Move To The Outskirts Of Town

Buy No Way Out – The Domino Story

Buy No Way Out

Buy Little Egypt (Ying-Yang) – Coast Along With The Coasters

Buy Rainin’ in My Heart – The Best of Slim Harpo

Buy Tonight I Fell in Love – Oldies Are Now

Buy Tonight I Fell In Love