1962 was a music year music like 1961 before it and 1963 after it- a year dominated by vocal groups, particularly girl groups, singing songs written by professional songwriters, many of whom worked out of the famousBrillBuildinginNew York City.  Many of these songwriters never became music stars in their own right and their names are mostly only familiar to true music geeks- like a pro football fan who can name every member of an offensive line.  Some of these names include Jerry Lieber & Mike Stoller,  Shadow Morton, Tommy Boyce & Bobby Hart, Ellie Greenwich & Jeff Barry, Phil Spector (a more household name for sure) & Doc Pomus & Mort Schuman.  Carole King & Gerry Goffin along with Barry Mann & Cynthia Weill were two other huge names in theBrillBuilding.  Barry Mann did manage to make a few hit records and Carole King went on to become one of the defining stars of the early 70’s singer-songwriter movement.  Neil Diamond, Paul Simon, Laura Nyro, Neil Sedaka, Marvin Hamlisch & Andy Kim were otherBrillBuildingsongwriters who achieved varying degrees of success as musicians as well.  As you can see there was more than a fair share of talent locked up in that building churning out hits, and those songwriters are responsible for an immense amount of classic tracks that still are enjoyed today.  But most actual recording artists of the time had very little say over their own material.  The record company machine signed the acts, told them what to play and how to look and in most cases used their own paid for hire musicians to play the music.  The post Buddy Holly/Elvis in the Army/Pre-Beatles/Bob Dylan era is often maligned or at least overlooked by many music historians.  While it was before the album era began so it’s tough to find too many great full length albums, there are still countless amounts of great songs in the early 60’s.  And while ’60 and ’61 were both better than expected to my ears when I revisited them, 1962 is even better.

Phil Spector really started to dominate in ’62.  He charted 4 classic tracks by theCrystalsas well as several more minor hits by Bobb B. Soxx & the Blue Jeans & the Cookies.  He would go on to achieve even more success in the ensuing years but ’62 was really the start of something big for him.  Other non Spector groups like the Shirelles, who had hit it big with their most enduring hit “Will You Still Love Me Tomorrow” the previous year, had three more big ones in ’62 with “Baby It’s You”, “Stop the Music” and the #1 “Soldier Boy”.  Carole King wrote two huge tracks for her baby sitter, known as Little Eva with “The Locomotion” and “Keep Your Hands Off My Baby”.  The Locomotion started off a dance craze called by the same name, common in the early 60’s.  Some other examples being Chubby Checker’s “The Twist” and “Pony Time”  (the dance was known as “The Pony”) & Dee Dee Sharp’s “Mashed Potato Time” (the Mashed Potato).  Motown girl group the Marvelettes had a slew of hits in ’62 as well after hitting #1 with “Please Mr. Postman” in 1961.  Though they didn’t have any big hits yet in 1962, Motown’s future star group the Supremes debuted their charming “Meet the Supremes” album.  The Motown label as a whole was increasing their share of the market place little by little.  By 1964 they would start to completely dominate.  Marvin Gaye had his first hit with “Stubborn Kind of Fellow”, Smokey Robinson & the Miracles hit big with “You Really Got a Hold On Me” & Mary Wells, the face of the label back then had three more hits herself.  The Contours also had their biggest hit in ’62 as well with “Do You Love Me”, unfortunately famous with our generation because of the movie “Dirty Dancing”.

Most of the biggest stars of the 50’s were gone or less relevant by ’62.  Buddy Holly died in a plane crash, Chuck Berry was in jail, Little Richard gave up pop music for the church and Elvis, while still releasing catchy stuff in ’62 like “Return to Sender”, mostly sounded a bit neutered compared to his wild 50’s stuff.  The Everly Brothers were releasing the last of their long line of hits.  But there were plenty of other great artists that were in their heydays.  Roy Orbison & Gene Pitney were two of the best singer of their generation. Roywas a 50’s rockabilly holdover from the 50’s Sun Records Era but didn’t release his best stuff until the early 60’s.  Pitney was just getting started in ‘61/’62.  He remains a bit too unknown outside of people who grew up in that era, but he is a true great who’s music should be checked out by all.  “(The Man Who Shot) Liberty Valance” was his biggest hit, which came out in ’62.  Other slightly lesser known acts like the Buddy Holly aping Tommy Roe and Lou Christie had big hits in ’62 as well.

Outside of maybe Orbison & Phil Spector most of the best and most interesting music being made in ’62 was coming out of the African American community.  Some of it was firmly part of the record company machine but much of it operating outside of it.  The two biggest stars in ’62 to me are the incomparable Ray Charles and Sam Cooke.  Both had achieved music success in the 50’s, though they were still overshadowed a bit by the rockabilly created by white performers like Elvis Presley & Buddy Holly as well as black artists like Chuck Berry.  Charles & Cook, along with James Brown & Jackie Wilson helped to create Soul Music, which by 1962 was absolutely flourishing.  Cooke owned his own record label by then, SAR Records, and came out with some of his very best songs and enduring tracks like “Bring It On Home To Me”, Nothing Can Change This Love” (my wedding song for anyone who wants to know), Soothe Me & Twistin’ the Night Away”.  Charles, who’s career had continued to grow since the 50’s with tracks like “Hit the Road Jack”, took a left turn and recorded a bunch of country tracks while giving them a soul twist.  The result was “Modern Sounds In Country and Western Music”, one of his best loved albums ever.  James Brown and Jackie Wilson were less active in ’62 but they were still around.  “I’ve Got Money” and “I Just Can’t Help It” respectively each show up on my ’62 mixes.  Neither was a huge hit for either artist but both are great songs.  Other great soul performers from ’62 include the Iceman Jerry Butler, Arthur Alexander (only had minor hits but covered multiple times by the Beatles), The Isley Brothers (with the immortal “Twist and Shout”), Ben E. King, Etta James & Bobby “Blue” Bland (another fantastic artist who didn’t as successfully crossover to the much whiter pop charts).  Further down south Booker T & the MGs (the Stax Records house band) had their first and biggest hit with the instrumental “Green Onions”.  Otis Redding had his first hit and Atlantic Records recording artist Solomon Burke released several great singles.  Other lesser known artists like Irma Thomas, Barbara Lynn & Chuck Jackson all released classics as well.

1962 will also always be known as the year the Beatles dropped their first track.  That track was “Love Me Do”, a charming but slight track which is a minor entry in their catalog.  But still it was first.  They wouldn’t achieve real success until the following year in their nativeEnglandand then worldwide domination by 1964.  Though the Beatles and the British Invasion (as well as Bob Dylan) eventually wiped out much of their competition outside of Motown/Stax/Atlantic Soul, one of the vocal groups who started before them who was able to endure was New Jersey’s the Four Seasons.  They started quick out of the gate in ’62 with “Sherry” & “Big Girls Don’t Cry” two of their biggest of many, many hits to follow.  50’s Doo-Wop holdover Dion was still churning them out in ’62 with tracks like “Little Diane” and “Lovers Who Wander”.  The Drifters “Up On the Roof” was another true classic in their long line of them.  The Doo-Wop revival was still going strong in ’62, mostly with more one hit wonders like “Duke of Earl” by Gene Chandler, “I Love You” by the Volumes, “Remember Then” by the Earls, “You Belong To Me” by the Dupress and “What Time Is It”” by the Jive Five.  Lesser known but underrated tracks by dark horses like The Sheppards (Tragic), Nolan Strong & the Diablos (Mind Over Matter) & the Blue Jays (Right to Love) appeared in ’62 as well.

Chess Records was dominating the Blues world in the early 60’s it’s two biggest blues stars were going strong in ’62- Howlin’ Wolf & Muddy Waters.  Waters ’62 hits “You Need Love” & “You Shook Me” would both be later stolen/covered by Led Zeppelin- awesomely of course though.  Chess recording artist, the great Bo Diddley also enjoyed one of his last big hits with “You Can’t Judge a Book By Its Cover”.  Other great blues artist doing great stuff in ’62, include the great slide guitarist Elmore James, Delta blues guitarist Lightnin’ Hopkins, John Lee Hooker, Buddy Guy & Freddie King.  Many of these songs and styles were picked up by British Blues guitarists in the mid to late 60’s- these great musicians remained mostly unknown in their nativeAmericabut were positively worshipped by the Brits. Jazz bassist Charles Mingus released two classic albums in ’62- “Oh Yeah” & “Tijuana Moods”.  John Coltrane released two of his own with “Coltrane’s Blues” and “Ole”. The great Herbie Hancock released his debut hard bop album “Takin’ Off”.

The one truly new thing to happen in 1962 was the rise of surf music.  Though legendary surfer/guitarist released his first track the previous year, he didn’t really emerge until 1962 with tracks like “Surf Beat” and his signature track “Miserlou” (made even more famous in the movie “Pulp Fiction”.  The Surfaris also dropped their first single – the original version of “Surfer Joe” and the mighty Beach Boys released their first two singles “Surfin’ Safari” and “409”.  1962 was both the end of an era and the very beginning of a new one. 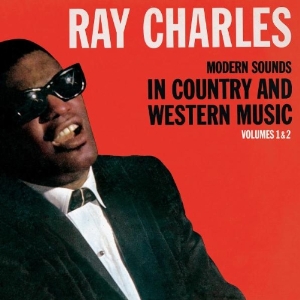 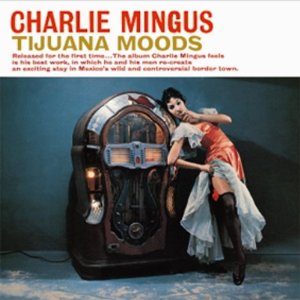 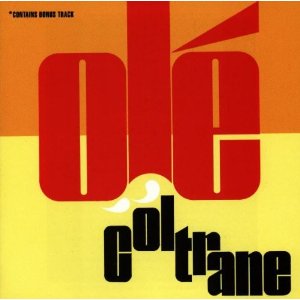 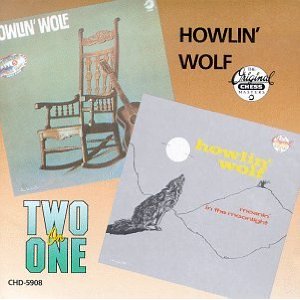 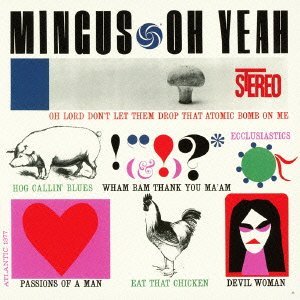