1984- a year filled with blockbusters in the pop world & important touchstone albums which moved the needle forward in the indie world.  It was a big transition year for rap and my transition from elementary school to Junior High!  Because I was twelve at the time it is awfully difficult to properly critique much of the top 40 music which came out in ’84- is it truly good or am I just diggin’ on it for nostalgic reasons?  One thing is for sure- 1984 was a very important year for top 40 pop music and a few years later top 40 would never be the same.

Let’s start with the blockbuster albums.  “Thriller” which was released two years prior was still going strong and dominating the culture, but in 1984 Bruce Springsteen & Prince, two of the most vital figures in 70’s/80’s music both released their most commercially successful albums.  “Purple Rain” was a tour de force!  Though the Purple One has released a vast quantity of amazing songs & albums I feel that this was his finest moment.  8 out of 9 tracks on the album garnered significant radio airplay- an even better ratio than “Thriller”.  “Born in the U.S.A.” may not be Springsteen’s best album, but it was the album which truly brought him into the mainstream and made him a household name.  Yes he was on the covers of “Time” and “Newsweek” during “Born to Run”, but only the title track was a top 40 hit.  “U.S.A.” had seven top 40 hits.  And though the cheesy keyboards and drum sound on the album do sound dated, this album should not be dismissed- every track on it is worthwhile- not a dud in the bunch.   Madonna released her image defining second album “Like A Virgin” which also contained five hit singles.  Hard rock (and unfortunate Hair Metal purveyors) Van Halen with “1984”, Mainstream New-Wavers The Cars with “Heartbeat City” and old-school soul vixen on-the-comeback-trail Tina Turner with “Private Dancer” all also had huge selling and critically viable albums which each contained more than three smash hit singles.

It was a very different time back then.  Nowadays it’s almost impossible to imagine a landscape with that many huge albums.  Currently only Lady Gaga can compare with the blockbuster status of the above albums.  An important album that bridged a gap between the top 40 pop and alternative/indie rock world was U2’s “The Unforgettable Fire”.  It contained U2’s first top 40 hit with “Pride (In the Name of Love)” and was also a new sound for the band.  They dominated the alternative music (though that wasn’t the term back then) in the early 80’s with their first three albums which had an anthemic post-punk influenced sound.  With “The Unforgettable Fire”, they hired producer’s Brian Eno & Daniel Lanois to produce a more atmospheric sound with fantastic results.   R.E.M., also darlings of college radio & early 80’s alternative music, released “Reckoning” their 2nd full length album.  Though it may be just a slight notch below the quality of their debut “Murmur”, it brought them more radio airplay and a greater audience setting the stage for the huge popularity they attained later in the decade.  Two of the heaviest albums of the year were Metallica’s “Ride the Lightning” and Minor Threat’s “Out of Step”.  Metallica was part of the burgeoning thrash metal scene and would later come to define it as Bob Marley defined Reggae.  Though their next album “Master of Puppets” was deemed by critics as their best and most important to my ears “Lightning” beats it by a hair.  At any rate it was an important album in Metal, Thrash and music in general which helped strengthen the fanbase that had started to build with their debut “Kill ‘Em All” a year earlier.  Minor Threat was one of the two of three greatest hardcore groups of the 80’s and “Out of Step” was their only actual full length release (itself only 8 songs).  Hardcore music was a furious even more stripped down version of punk, extremely popular with skaters- it was an D.I.Y. as you can get so most of it’s output existing on 12″ and 7″ single releases.  The scene only lasted roughly from 1979-84 and “”Out Of Step” was its perfect epitaph.

Four other massively influential albums came out in 1984 which changed the alternative music scene  (then called Progressive or College music) forever.  Two came out of Minneapolis/St. Paul, the Twin Cities which were also dubbed “Funkytown” likely mostly due to being home to both Prince & The Time.  Husker Du’s “Zen Arcade” was a hugely ambitious double album which combined the fury of punk rock and hardcore with melodically written songs and jangly chords influenced by bands like the Byrds.  The sound was a precursor to Nirvana though not nearly as accessible as an album like “Nevermind”.  The Replacement’s “Let It Be” was a move away from the Mats’ sloppy punk roots and toward confessional sound writing- though songs in their old sloppy style were included on the album.  The album marked Paul Westerberg, their writer and frontman, as a force to be reckoned with and one of the best and most important writers of the 80’s.  Both “Zen Arcade” and “Let It Be” were each band’s first great album and probably their best though each band would go on to further greatness.  The Minutemen, an SST band from L.A. took “Zen Arcade” as a challenge and issued their own double album called “Double Nickels On A Dime”, which contained over 40 songs, most of which were between 1 and 2 minutes.  All were lyrically thought provoking and the band (like Husker Du) could shred on their instruments.  The recording budgets and techniques may little to no budget but the playing on the albums was far beyond rudimentary..  The Minutemen, in particular, described and announced this D.I.Y. Punk music they were playing as a way of life.  Finally the Meat Puppets out of Arizona released their second album after a ramshackle debut a year earlier.  The sound and playing on “II” was even sloppier than any of the aforementioned albums, but the band had genius lyrics and were the first to combine the sound of punk with country & western music.  They were really the godfathers of the “No Depression” Alt-Country movement which came to fruition in the early 90’s.

Across the pond in the U.K. new band The Smiths, which had released their first two singles “This Charming Man” and “Hand in Glove” were dominating the music scene.  They released their self titled debut as well as a singles comp/BBC Sessions release called “Hatful of Hollow”.  Both were chock full of amazing songs.  The Smiths are 10 for 10 on my below best of mixes from 1984 and could probably go 15 for 15.  They certainly were a band who started off fully formed and hit the gate running.  The Pretenders also released “Learning to Crawl” which plays almost like a compilation as well as it contains “Middle of the Road”, “City Was Gone”, “2000 Miles” and “Back on the Chain Gang” which were all previously released as singles in 1982 and 1983.  Elsewhere bands like Cocteau Twins and Lloyd Cole & the Commotions kept things interesting with their more underground debut albums.  Cocteau Twins would release much high quality material through the rest of the decade, while Cole would never come very close to equalling his debut.

Though there wasn’t a ton of great rap songs in 1984, it was nonetheless a pivotal year for the genre.  ’84 saw the release of Run-DMC’s self titled debut album, which was rap’s first classic full length album release and also was the bridge between old and new school rap.  With it’s no nonsense raps and spare, booming beats DMC led the genre away from the sillier raps and disco beats of the genres earlier days.  Run-DMC also dressed in leather jackets and ADIDAS sneakers looking more like audience members than the more show-biz looking rappers of the earlier 80’s.  The end of the year also saw the release of the debut single “I Need A Beat” by L.L. Cool J who would become one of rap’s biggest and best stars.  Elsewhere in the rap world, many of the producers were experimenting with electronic beats influenced by “Beat Box” and “Close (to the Edit)” by Trevor Horn’s Art of Noise- you can hear examples in the work of Whodini (probably the 2nd most popular group to Run-DMC in ’84) and Newcleus.  Others were experimenting with song mash-ups like “No Sell Out” by Malcolm X and “The Payoff Mix” by Double Dee & Steinski which were both heavily influenced by Grandmaster Flash On The Wheels Of Steel from 1981.  Flash’s group would also release their last few great singles, “Beat Street” (the title song of the movie about Hip Hop and graffiti culture) and “Step Off” before ultimately petering out.

The Replacements- Let it Be 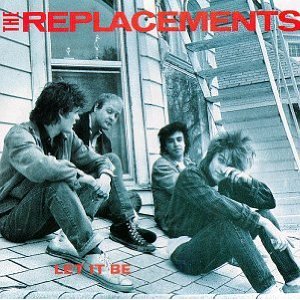 Buy Let It Be – The Replacements

Buy Let It Be [Expanded Edition] 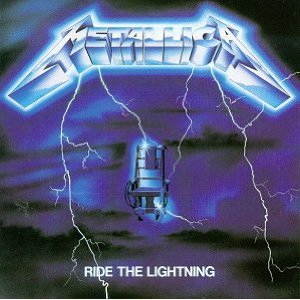 The Minutemen- Double Nickels on a Dime 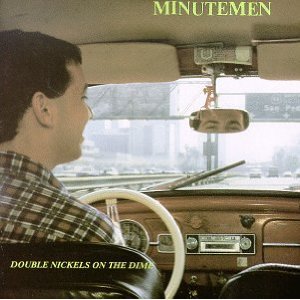 Los Lobos- How Will the Wolf Survive? 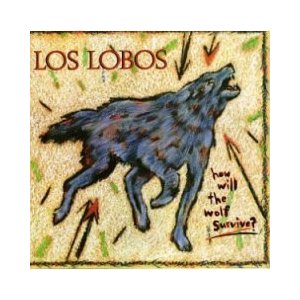 Buy How Will the Wolf Survive? – Los Lobos

Buy How Will the Wolf Survive 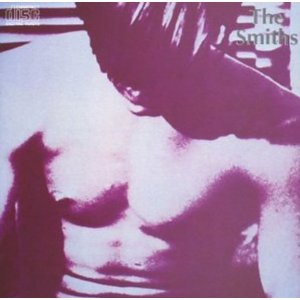 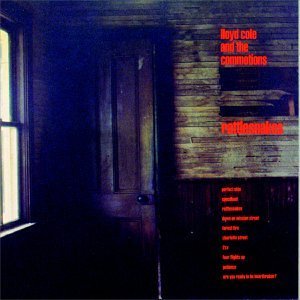 The Pretenders- Learning to Crawl 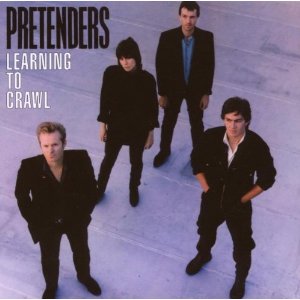 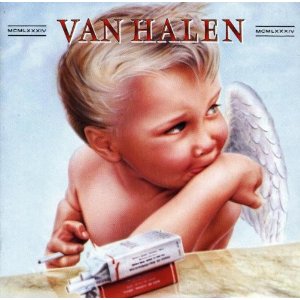 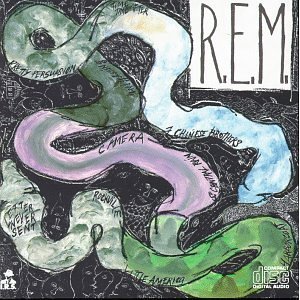 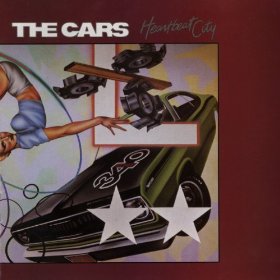 U2- The Unforgettable Fire 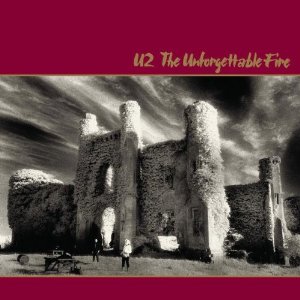 Bruce Springsteen- Born in the U.S.A.

Buy Born in the Usa 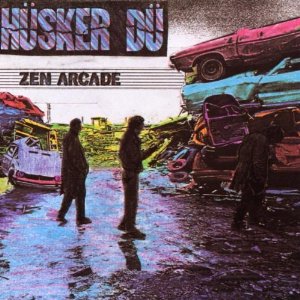 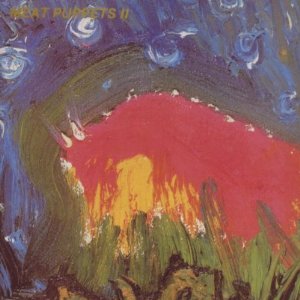 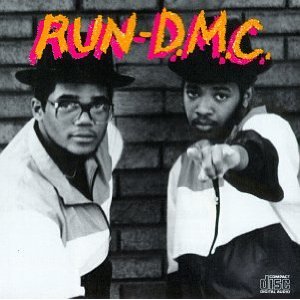 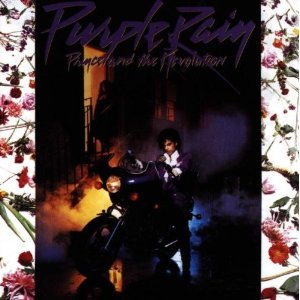 The Fall- The Wonderful And Frightening World Of The Fall 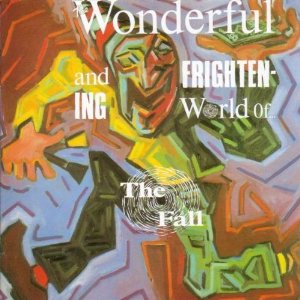 Buy The Wonderful And Frightening World Of…. 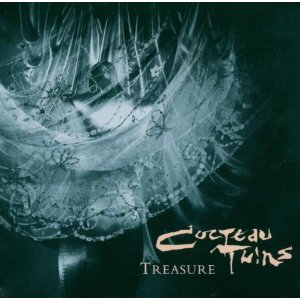 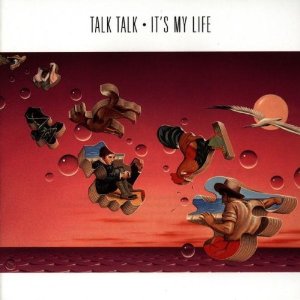 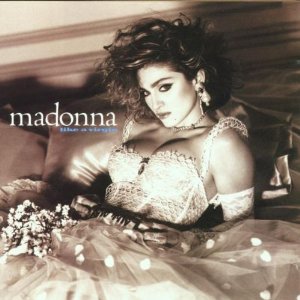