Well anyway you want to slice it 1966 was one of the pivotal music years in the history of rock and soul music.  It was both absolutely dominated by immense artists like the Beatles, the Beach Boys, Bob Dylan, the Rolling Stones, the Supremes, the Temptations & Simon & Garfunkel, while at the same time boasted seemingly infinite number of fantastic one-off hits by lesser artists in both the soul & the rock realms.  1967 is really thought to be the beginning of the album r0ck era and with good reason.  If you follow my blog post on 1967 I had trouble narrowing a list of the 20 best albums as there are just too damn many.  For 1966 I had trouble coming up with 15 standouts.  But that said three of the very best albums of all-time fell in 1966- the Beatles “Revolver”, the Beach Boys “Pet Sounds” and Bob Dylan’s “Blonde On Blonde”.  If those albums were all that 1966 produced I would still call it a great year.  Anyone interested in either of these wide-reaching genres will find plenty else to love as well though.

’64 was the first year of the British Invasion in America, but in 1966 the sound was still dominating the airwaves, though led by the Beatles the sound was becoming less homogenous, more psychedelic and harder edged.  Outside of “Revolver”, my personal favorite album of all-time, the Rolling Stones released “Aftermath”, which contained more sophisticated and game-changing songs like “Under My Thumb” and especially “Paint It Black”.  The Who released a slew of amazing singles as well as the “A Quick One” album, including their first stab at a rock opera in the title track.  The Kinks “Face to Face” was their first great album.  Slightly lesser known bands like Them, which featured a young Van Morrison on vocals, released their second album, and the Small Faces- like the Kinks way bigger in their home country than in America came out with their self-titled debut.  The Hollies solidified their standing as one of the best of the second tier BI groups with tracks like “Bus Stop”.  Hard rocking tracks by lesser known groups like the Creation, the Eyes, the Troggs & the Easybeats (originally from Australia) all contributed great tracks as well.

On the bluesier side the first super-group Cream, a power trio featuring Jack Bruce, Ginger Baker & Eric Clapton, released their debut album “Fresh Cream” which would become heavily influential on all Heavy Metal and southern jam bands of the early 70’s.  Clapton was first in the Yardbirds, a pioneering group which combined blues, psychedelia & British Invasion Pop.  They released their best long player in ’66 with “Roger the Engineer”.  Though Clapton was no longer in the group, the Yardbirds instead featured the talents of future legends Jimmy Page and Jeff Beck on guitar.  Earlier in the year Clapton also did a record with John Mayall that remains one of the seminal blues rock albums ever- “John Mayall’s Bluesbreakers With Eric Clapton”.  Amazing that Clapton had already done enough with the Yardbirds to get a feature like that before he even started working with Cream.  Though they were a bit less prolific than in the previous year, Eric Burdon’s Animals released some great cuts in ’66 as well like “Don’t Bring Me Down” and “Inside Looking Out”.  It would be their last year before Burdon wrested full control of the group and took them in a more hippie direction.  One of the most promising debuts in late ’66 came from an American- singer/guitarist Jimi Hendrix released his debut single “Hey Joe” with his brand of British mates the Experience.  It goes without saying that we would hear more from them in the next few years.  America was in the midst of a Blues revival mode- old schoolers like John Lee Hooker, Son House & B.B. King sat alongside relative newcomers like Albert King, Koko Taylor, Junior Wells and the Paul Butterfield Blues Band added great tracks to the lexicon.  Like much 0f the great American music, it took younger British musicians collecting, acknowledging and paying tribute to the Blues to bring it to light to a wider American audience.

1966 was one of Motown and soul music’s greatest years.  For Motown, perhaps three of its four of five greatest vocal groups towered above the rest.  The Supremes, the Temptations & the Four Tops were all peaking.  Each had great single after great single on the charts and were some of the only groups to truly challenge the dominance of the Beatles and the Stones- at least in the top Forty.  Some great single tracks by Edwin Starr, the Contours, the Marvelettes (more prolific in earlier years), Jr. Walker, the Isley Brothers, the Elgins & Jimmy Ruffin added much to Motown as well as did the emerging star power of Stevie Wonder (shedding his Little Stevie Wonder monicker) and the incredibly talented Marvin Gaye, who released the first of his great duets- this one with Kim Weston, rather than Tammi Terrell.  Atlantic Records & Stax Volt competed heavily with Motown in the mid 60’s offering a grittier, funkier edge.  The music was designed to specifically cater to blacks rather than to crossover to the mainstream white audience.  But much of it was so good that it crossed over anyway.  The best of these artists, like Otis Redding, Wilson Pickett, Sam & Dave & Percy Sledge offered up some of the most enduring soul songs ever that year- “Try a Little Tenderness”, “Land of a 1000 Dances”, “Hold On I’m Coming!” & ” When A Man Loves a Woman”- all ’66.  There were many other great soul songs recorded on different labels- many of them were done in the deep south in Rick Hall’s FAME Studios in Muscle Shoals, Alabama, featuring a crack band the equal of the great Stax & Motown house bands.  Artists like James Carr, Billy Stewart, Bobby Moore, Lorraine Ellison, Bobby Hebb, Bob Kuban & his Inmen & James & Bobby Purify all had standout deep soul cuts.  In New Orleans Lee Dorsey, Robert Parker & Aaron Neville contributed some of their signature jams.  Ike & Tina Turner released the amazing Phil Spector production “River Deep-Mountain High”, a huge hit in the U.k. and unbelievably a equally huge flop in the states.  The Godfather of Soul James Brown was prolific as ever- in the middle of his extraordinary run of hits running from the mid 50’s through the mid 70’s without even the hint of a breather in between.

Blue-eyed soul (soul music performed by white people) was also becoming a factor.  NYC’s the Rascals became huge hit makers right out of the gate with 1966 hits like “Good Lovin'” and “You Better Run”.  Mitch Ryder & the Detroit Wheels from uhhhh…Detroit combined soul & garage rock for an extra gritty BE-Soul.  Across the pond, Dusty Springfield was still three years away from her landmark “Dusty in Memphis” blue-eyed soul album.  Hits like “You Don’t Have to Say You Love Me” were more tied to the earlier girl group era, but her beautiful song “Goin’ Back” helped set the tone for what came after.  Speaking of girl groups, outside of the huge Motown groups like the Supremes, the Marvelettes & Martha Reeves & the Vandellas, the girl group era was largely coming to an end.  Still groups like the Chiffons, the Shangri-Las, Evie Sands & Reparta & the Delrons each managed at least one classic on the way out.  The Folk-rock which the Byrds & the Lovin’ Spoonful largely invented in 1965 was in full swing by ’66.  Though L.A.’s Byrds took their music a step further into psychedelia with their instant classic “Eight Miles High”, probably one of the best and most groundbreaking songs of the entire decade.  NYC’s Spoonful had a run of hits in ’66 as well including the greats “Summer in the City” and “Daydream”.  Elsewhere in New York, the duo Simon & Garfunkel really rose to prominence largely on the re-release of their acoustic song “The Sound of Silence”, which added electric guitar and other rock elements sending it swiftly up the charts.  Their albums “Parsley, Sage, Rosemary & Thyme” and “The Sound of Silence” contained some of their most beloved songs and by years end they were one of the biggest groups in America.  Outside of the Byrds, L.A.’s other two great folk rock groups were the Mamas & the Papas who released their biggest album “If You Could Believe Your Eyes & Ears” and their signature song “California Dreamin'”, and the Buffalo Springfield who released their debut album and signature song “For What Its Worth”.  Members Neil Young & Stephen Stills in particular would move onto even bigger and better things later.  Outside of England, L.A. was probably the best music scene in the world in ’66.  Arthur Lee’s Love released their debut album.  Frank Zappa’s Mothers Of Invention released their debut “Freak Out!” as well- both of those albums became a big influence on the Avant-Garde as well.  The Beach Boys “Pet Sounds” was a commercial bomb at the time, but was critically lauded and over the years thought of as one of the most sophisticated, beautiful and best pop albums ever recorded.  “Pet Sounds” legacy has increased each year.  On top of that album, which even if a bomb managed two top forty hits in “Woudn’t It Be Nice” and Sloop John B”, they released the #1 single “Good Vibrations” (another track which gets lumped in among the greatest of all time), which was the leadup to the Beach Boys “Smile” album which didn’t get a proper release until a year ago.  The prefabricated Monkees released their debut, which had a few great songs.  Though the Monkees are still mocked for not doing their own writing or playing, the truth is a little fuzzier.  Some members were writing and playing from the very get-go (namely guitarist/singer Mike Nesmith) while eventually all the band members did.  And most of the Monkees greatest recordings were done later in their career as well- sometimes performed by session players and sometimes not.  Regardless the band’s bevy of hits would enjoy a lasting legacy and many of them are still enjoyed today.

The mid 60’s gave fruit to a slew of garage-rock bands.  Many of them were one hit wonders and the best of them managed 2, 3 or even 4 smashes before calling it a day.  The Seeds, the Standells & the Bobby Fuller Four were some of the best of these groups.  Paul Revere & the Raiders from career had a full-on career. They may be too pop to be considered garage rock but they certainly shared much in common with the genre.  These bands were the antecedents to Punk Rock which came a decade later.  Most of them got by on passion, ideas and attitude rather than musicianship, though certainly both songwriting and playing ability varied between groups.  Many of them were practically carbon copies of the bands they idolized (see the Knickerbockers/Beatles for the best and most obvious example) and some others were session musicians posing as garage-rockers to jump on a trend.  The result was an onslaught of great tracks- anyone who likes hard-edged rock and roll- ourchase the Nuggets Boxed set- I guarantee you won’t be disappointed.  Some other garage rockers who had hits/or great songs in ’66 were the Shadows Of the Knight, the Blues Magoos, the 13th Floor Elevators, the Count Five, the Other Half, the Strangeloves, the Clefs of Lavender Hill, the Electric Prunes, the Mojo Men & ? & the Mysterians with their great #1 single “96 Years”, which may well be the defining track of the whole genre. 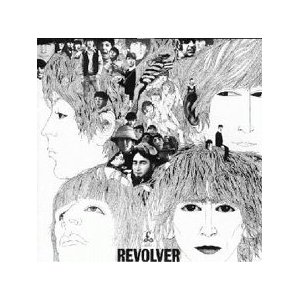 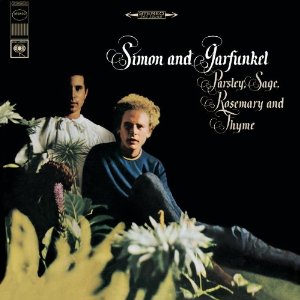 THE KINKS- FACE TO FACE 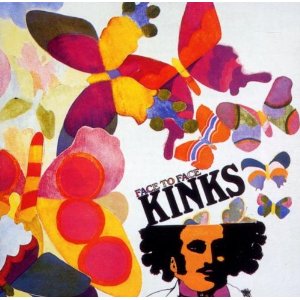 *Album not available via iTunes
Buy Face to Face 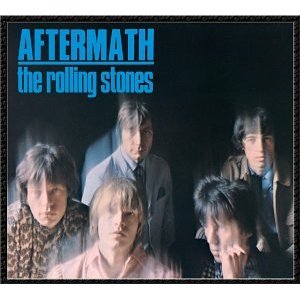 FRANK ZAPPA/MOTHERS OF INVENTION- FREAK OUT! 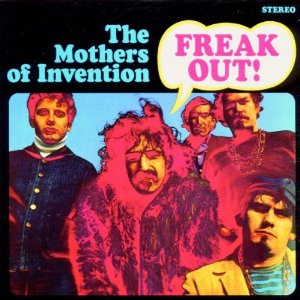 *Album not available via iTunes
Buy Freak Out 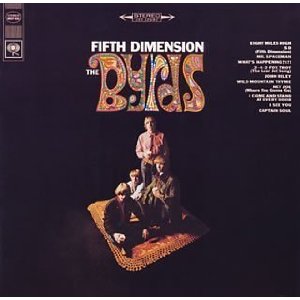 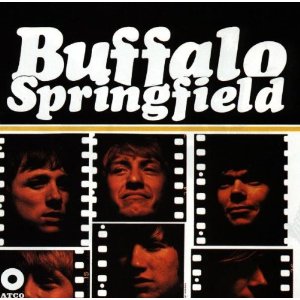 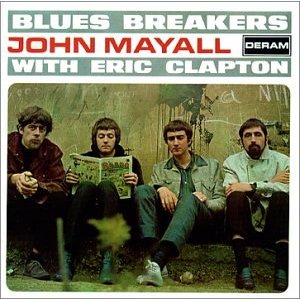 THE YARDBIRDS- ROGER THE ENGINEER 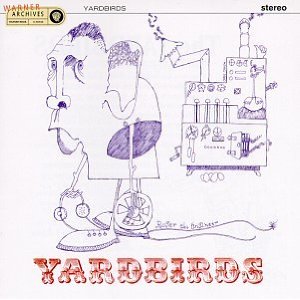 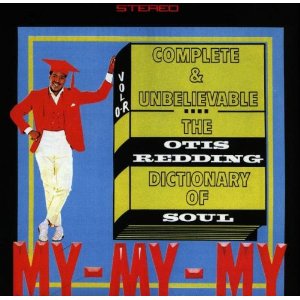 THE WHO- A QUICK ONE 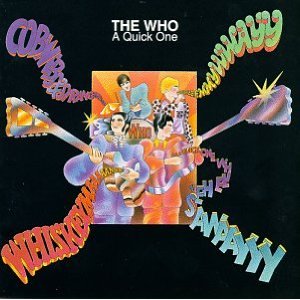 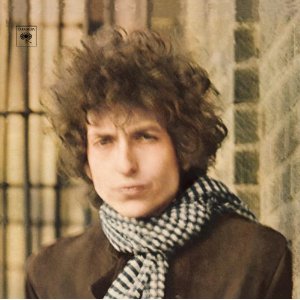 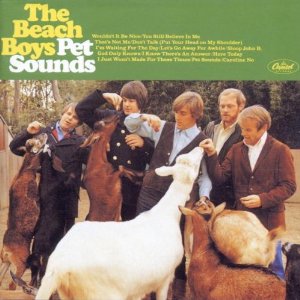 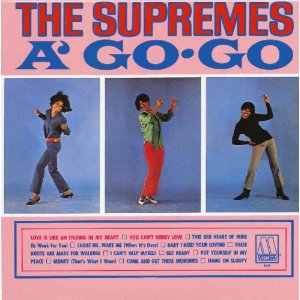 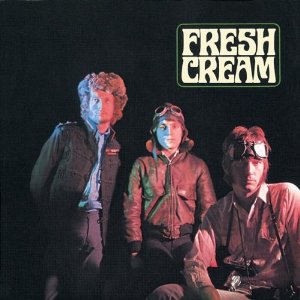