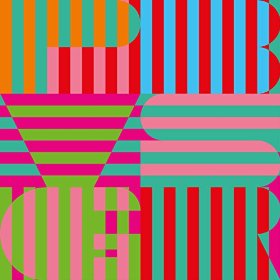 Panda Bear is Noah Lennox, one of the co-lead members of the great Animal Collective. Panda Bear solo albums are infrequent- Grim Reaper is only his fourth and Animal Collective has been going strong for almost fifteen years now. Each is therefore a celebrated event. His latest is another winner and third straight great album. A meditation on family, parenting, life and death, “The Grim Reaper” carries a chill but groovy vibe throughout boasting nearly a handful of absolute standout tracks including lead single “Mr Noah”, “Boys Latin”, “Come To Your Senses” and “Tropic Of Cancer”. There are no duds. Each track is a thing of beauty and adds to the overall composition. Lennox as usual sounds like a psychedelic solo Beach Boy bathing in techno with his vocals soaked in reverb. Some may find that they actually prefer Panda to his Collective as his solo music isn’t as busy.

SLEATER-KINNEY- NO CITIES TO LOVE 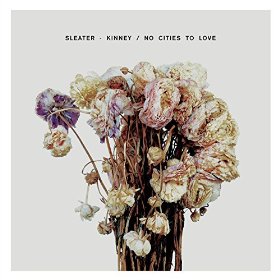 Well what can I say? What’s better than one of the best bands in rock comes back after an indefinite hiatus and delivers an album as good as the music in their prime? Sweater-Kinney’s “No Cities To Love” is just that. It’s an instant classic maybe as good or better than their best work. Nearly every song is immediately lovable and I’m even enjoying the two tracks I didn’t absolutely love more on further listens. S/K manage to rock as hard as before while being as catchy as never before. “No Cities To Love” should appease old fans and bring them new ones. It will likely be a top ten or a top album for me at the end of the year and I can’t wait to see them live. Long live Sleater-Kinney!

BUY No Cities To Love 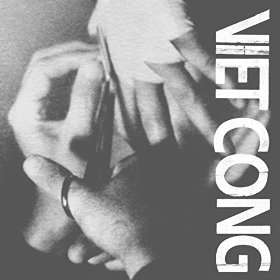 Debut album from Calgary band in which half of its members are from the now defunct Women. The album starts with an atonal dud for as its first track, but takes off with song #2 and doesn’t let up until the 11+ minute closer is over. Viet Cong are lo-fi and industrial sounding -an indie rock throwback to before indie rock bands crossed over. There are plenty of synths here but nothing even closely resembling dance music. Viet Cong rocks and it drones. Their sound most closely resembles a less forgiving Wolf Parade. It’s a great album for a bleak winter if you’re into this kind of stuff. Choice cuts are “Continental Shelf”, “Bunker Buster” and closer “Death”. Just don’t be dismayed when you don’t like the lead track. 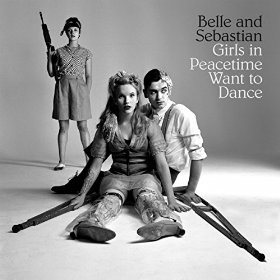 The rap on Belle & Sebastian’s first album in five years is that they’ve now gone disco. Though there is certainly a few more upbeat songs that boast a funky bass, “disco” is probably an overstatement. At times they actually resemble the Pet Shop Boys which makes sense as both bands appeal to the twee, sensitive, bookish type. If you’re one of those types and you aren’t already a fan of B&S then you should probably get on that. If you are already a fan you should get this album- you’ll like it. It’s too long and it’s not one of their very best but it’s damn good, with enough sonic variation to keep this album from sounding redundant and a handful of soft, acoustic throwbacks to the band’s early years to keep the diehards happy. If you don’t already like these guys, “Girls In Peacetime” will likely not convert you.

Debut album from a singer-songwriter from Nashville is a throwback album is many ways. Her music is rooted in both the 70’s Laurel Canyon sound as well as old Atlantic Records soul music. These are well crafted songs, with warm but understated vocals and organic but impeccable production. Prass is backed by a ton of different musicians who all work as house band members for Richmond, VA’s Spacebomb Records. There is plenty of brass but nary a synth. 9 songs in 41 minutes. The music sounds out of time and could have been released at any point in the last 40 years. Fine, fine blue-eyed soul which brings to mind both Dusty Springfield and Jenny Lewis, who Prass worked for during Lewis’s last tour. Lead track “My Baby Don’t Understand Me” and “Why Don’t You Believe In Me” are the two killer cuts but the whole album is a worthwhile listen.