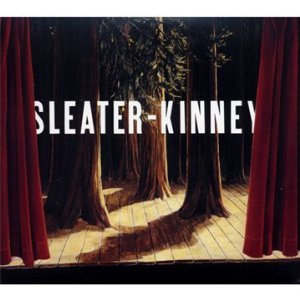 “Woods” is the great Sleater-Kinney’s swan song- though we are still holding out hope that a reunion eventually comes to fruition- if anyone can avoid tarnishing their legacy with a reunion album it should be them.  “Woods” is the least punk album the band ever made and the furthest they have drifted from their riot girrrl roots.  It’s their nod to the “epic” of the seventies cock-rock bands like Led Zeppelin, Deep Purple & The Who at their heaviest.  With the thunderous drumming of Janet Weiss (one of the very best in the business) and the lead guitar & vocal interplay of Carrie Brownstein and Corin Tucker SK pulls off the aping of 70’s guitar hero bands in spades.  Vocally you can liken Tucker to  Robert Plant’s banshee howl, and Carrie Brownstein has the licks and rock star moves of a female Pete Townsend.   “The Woods” sticks  the most among all of the albums in the SK catalogue  It’s quite a different album and sound for them but it really works.  Despite the classic hard rock sound “The Woods” is still plenty diverse (another nod to Zep?) with two of the best songs in “Jumpers” and “Modern Girl” being more melodic- “Modern Girl” is really a flat out ballad.  “The Woods” is an excellent epitaph for a brilliant career… so far.

Buy Boys and Girls In America – The Hold Steady 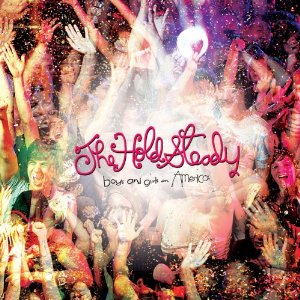 “Boys and Girls in America” is the more song-oriented follow up to their 2005 critical breakthrough “Separation Sunday”.  “Sunday” was filled with detailed, barroom poetry- half sung & half spoken.  It was a very polarizing sound- much like early Springsteen, with its sloppiness and verbosity.  If “Sunday” was the Hold Steady’s “Greetings from Asbury Park”, “Boys and Girls” is their “Born to Run”.  The production on the album is much cleaner and immediate- the guitars and vocals (now fully sung) are now more front and center and the choruses are more fully fleshed out.  The result is more epic songs- songs that you can sing along to, with a chance of even hearing them on the radio.  The lyrical focus of the songs are still American Midwesterners but they seem agines to be slightly older than the college-age kids who populated “Separation Sunday”.  Rather than just focusing on the townie-life as on previous albums, travel and the open road  constantly pop up as themes on “Boys & Girls” as well as the band’s ever-present Catholic imagery. 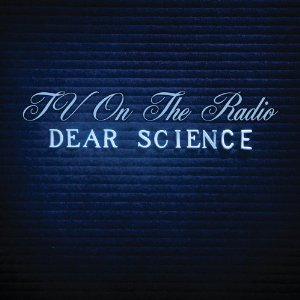 The follow up to one of the best albums of the decade, “Dear Science” is a quite a standout even if a slightly more low key affair than its predecessor.  The Brooklyn art-rock trio sounds more optimistic that ever beforeon “Science”-  the key track is even called “The Golden Age”, which looks toward an imagined future utopia, just in time to harness some of the good feeling (at least among their likely fanbase) of Obama’s election.  Much of the rest of the album focuses on sex.  TVOTR managed to capture the sound of the oughts better than any other band with their EP and first two album releases- the sound of frustration, paranoia & dystopia.  Here’s hoping that the sound of “Dear Science” portends to better times ahead. 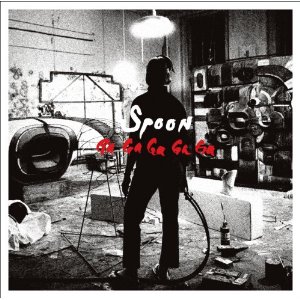 Spoon, from Austin, TX, have been around since the mid 90’s and has yet to make a less than stellar record (though I must confess that I haven’t yet heard 1996’s “Telefono”).  Ga X 5 may just be their best effort to date. The best description of Spoon is straight forward rock n’ roll with an indie bent.  But they always add enough tweaks and flourishes to distinguish themselves from middle of the road rock bands.  And their stuff is so high quality that there is no way they wouldn’t stand above the rest of the pack.  On their previous record they flirted with an R&B/Prince-like sound with lead single “I Turned My Camera On”, but with lead single on “Ga”“The Underdog”, they went with full blown soul horns and found themselves with a minor crossover hit.  While “The Underdog” is maybe the best song on the album it is by no means the only great song here.  “Don’t Make Me A Target”, “Don’t You Evah” and “You Got Yr. Cherry Bomb” are also would-be hits if the state of mainstream radio weren’t so horrid.  Spoon are a straight up indie-rock band incredibly dedicated to their craft.  They have remained true to their sound their whole career, while tweaking each song and album enough to stay interesting and relevant.  Their dependability doesn’t detract from their greatness. 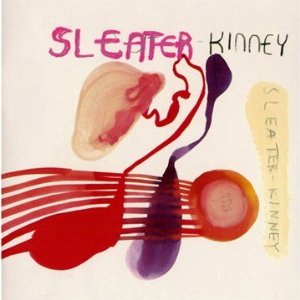 My favorite album by one of the most consistently good bands of the mid 90’s to mid 00’s.  “One Beat” was SK’s 9/11 record and called out W. Bush’s pathetic handling of the 9/11 and its aftermath and the lead up to the Iraq war.  During a time when everyone’s patriotism was being called into question for not marching in lockstep behind the Bushies, this album and it’s sentiment was sorely needed at the time (at least by me).   Good art should find itself two steps ahead of the media and SK should certainly get credit for speaking their minds.  Despite the political bent, “One Beat” is loads of fun as well.  It rocks hard and the riffs and choruses of songs like “Step Aside”, “Far Away” and “Light Rail Coyote” are the most triumphant they’ve sounded since “I Wanna Be Your Joey Ramone”, 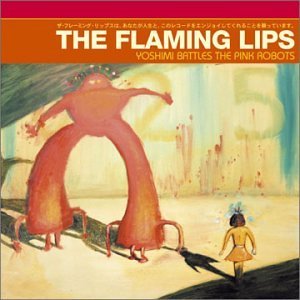 “Yoshimi” was The Lips very successful attempt to combine the more direct and song oriented sound of their career pinnacle “The Soft Bulletin” with their more bugged out psychedelic earlier days.  Though “Yoshimi” didn’t quite measure up to “The Soft Bulletin” as a whole parts of it exceeded even the heights of “Bulletin”.  The beautiful first single “Do You Realize?” is perhaps the finest song they have written to date and could likely serve as their definitive statement.  It’s a perfect example of how this band of crazy Okies is somehow able to take such a depressing topic (death) and make it not only epic but full of sweetness as well.  The first part of the album is a good vs. evil struggle (Pink Robots= blue meanies?) which was very poignant in the early 2000’s, coming right after 9/11 and during the false justifications for the Iraq War by the Bushies.  Sometimes it takes a band full of playfulness, wackiness and tomfoolery to make the grandest statements. 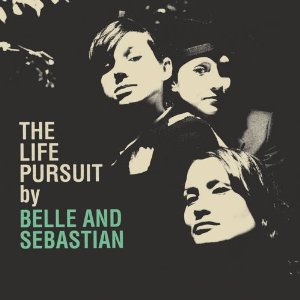 “The Life Pursuit” is Belle & Sebastian’s poppiest album by far and leaps better than 2003’s “Dear Castastrophrophe Waitress”- a fine record in its own right which was then hailed as their return to form after some slip ups at the turn of the new century.  Stuart Murdoch, the leader of the band, again takes more control over the songwriting after a more democratic approach on previous albums.  The result is a higher quality album with much less missteps.  The production on the album is less folky with more flourishes-  horns and flutes are added to the mix and the choruses are much catchier.  Despite the punchier and more rockin’ sound, B&S is as literary as ever and the album deals with subjects such as faith & religion, and the lack thereof, along with the the gift that music can give you to make sense of your life during difficult times.  Loving Belle & Sebastianmay no longer be like joining a secret club  as it was in the mid to late nineties, but “The Life Pursuit” proved that they could change their sound enough to show musical growth while hanging on to all musical integrity that they had built during the earliest part of their career.  But we’re still waiting for the proper follow-up!

Buy We Are the Sleepyheads – The Life Pursuit (Bonus Tracks) 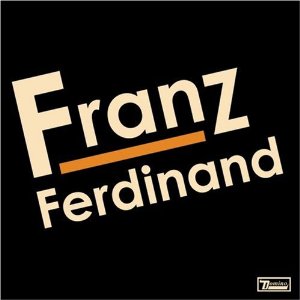 With its nod to Brit-pop groups like Blur and Supergrass and its propensity to get you dancing, the Glasgow quartet Franz Ferdinand fit perfectly into the zeitgeist of the mid-2000’s dance-punk scene while at the same time moving it forward.  They arrived a bit late to the party of the dance punk movement but became one its  biggest successes- more on the punk than the dance of things appealing to those indie-rockers who were just figuring out how to stop “doing the standstill”. Their debut contains the worldwide cross over smash single “Take Me Out”- an amazing song and one of the best indie ‘hits’ of the entire decade, but hopefully when all is said and done FF will be remembered for far more than that single as the album is filled with gems- many of which were also crossover singles in the U.K. in their own right.

Buy Take Me Out – Franz Ferdinand 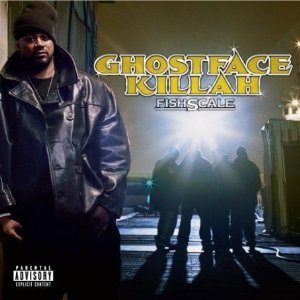 By far the most reliable performer of the Wu-Tang Clan during the 2000’s, Ghost delivered perhaps his very finest album with 2006’s “Fishscale”.  He is probably the best story teller in rap since Slick Rick, spinning off-the-wall yarns full of incredible detail and rapped in his frantic style which somehow never loses perfect flow despite him sounding like he could go off the rails at any time.  The excellent production is laden with trademark old soul samples and doesn’t suffer at all in the absence of The RZA, head of the Wu and Ghost’s main producer on most of his previous successful albums.  “Fishscale” is diverse as well- with full out bangers like “Be Easy” sitting among long narratives like “Shakey Dog”, wacked out old-school philosophical parenting methods like “Whip Me with a Strap” and an excellent cross over featuring Ne-Yo in “Back Like That”.  Ghost had become an elder statesman of rap but was now more relevant than ever. 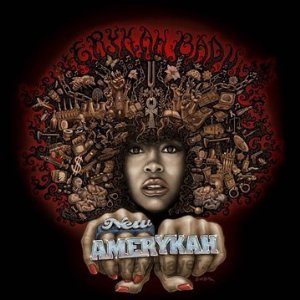 Erykah Badu’s first major album release since 2000’s Mama’s Gun, “New Amerykah Part 1” truly delivers the goods and is by far my favorite of her album releases to date.  Badu veers away from the neo-soul movement that she helped popularize in the late 90’s and takes the looser, funkier approach of “Gun” and her 2003 EP “Worldwide Underground” to extremes- closer to the sound of Parliament-Funkadelic & latter period Sly Stone..  There are only ten tracks listed (track #11 is the single “Honey” and is hidden) but many of the tracks seem to contain two or three different songs within them.  Although some of the tracks deal lyrically with personal issues, others are seen through a political lens- referencing many of the problems the black community is facing in modern day society.  Her political views may be off-putting to some but there is much to learn by trying to see things from someone else’s vantage point.  To me the sound and vibe of the album encapture the last 2000’s much like “There’s A Riot Goin’ On” (Sly & the Family Stone) and “Maggot Brain” (Funkadelic) captured the sixties hangover, during the “Law and Order” Nixonian-era of the funked-out early seventies.