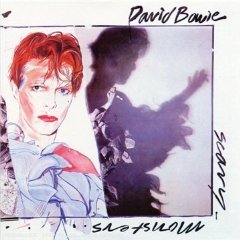 “Scary Monsters” was David Bowie’s last great album and also the last in his long line of stellar releases which started in the early seventies. His run between 1971’s “Hunky Dory” and “Scary Monsters” has to be considered one of the best strings of albums in rock history. After Bowie’s Berlin trilogy – a collaboration of experimental and early electronic music with “Low”, “Heroes” and “Lodger” with Brian Eno, “Scary Monsters” saw Bowie returning to more conventional rock n’ roll- his most rock oriented album since 1974’s “Diamond Dogs”. As a result Bowie didn’t really break any new ground with “Monsters”, but being Bowie the album is anything but boring. Bowie re-worked the glam-rock of his earlier records adding some synth sounds learned from his later experimental albums and came up with an updated sound which fit nicely next to the New Wave and post-punk music of the time. Two classics- “Ashes to Ashes” and “Fashion” still see major airplay in the present day, but the album tracks are also more than worthwhile. 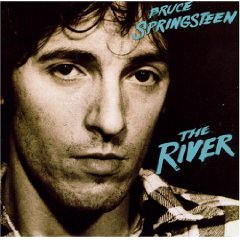 After the impeccably edited one-two punch of 1975’s “Born to Run” and 1978’s “Darkness On the Edge of Town”, “The River” finds Springsteen delivering a deluge of material. Though a theme of the pain & hardships of modern working class life (also addressed on “Darkness”) runs through “The River”, Springsteen peppers the album with upbeat rockers that don’t fit thematically with the rest of the album. Because of this lack of cohesion and a small amount of the lesser tracks being filler, “The River” is not quite able to stand up to Springsteen’s classics albums of the seventies. However, there is so much great material on “The River” that no fan should be without it. The title track and “Independence Day” are two of Springsteen’s best songs and have enough depth to them to build a whole movie around. Springsteen’s first top ten single “Hungry Heart” and the rollicking “Out in the Street” are as tight as any his singles off of “Darkness”. “Fade Away” and “Drive All Night” are two of his most haunting and mournful ballads. There are enough great songs to justify that it’s a double LP/disc length. 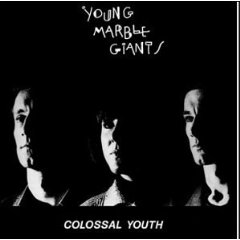 This has to be the quietest punk rock ever made. The Welsh-bred Young Marble Giants make post-punk music stripped down to the bone- guitar, bass, organ & drum machine and hushed female vocals all used sparingly- each note is allowed to breathe with nothing but dead silence between them. “Colossal Youth” is their one and only full length album. All of the space makes their music sound both extremely intimate and rather haunting. They are like the minimalistic flip side of “Pink Flag”- era Wire- stripped down to the barebones but without the fuzzed-out guitars. Current group, the XX are the only band I can think of that sounds remotely similar and they must acknowledge YMG as their most significant influence. For any fan of post-punk music this is an essential purchase. Later reissues of “Colossal Youth” contain the group’s singles and EP’s including their perfect non-album debut single “Final Day”.

Buy Ghost In the Machine (Remastered) – The Police

Buy Ghost In The Machine 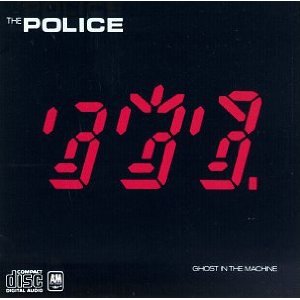 Each of the Police’s five albums is a big jump in musical sophistication from the last and their fourth album “Ghost in the Machine” is no exception. Gone is the reggae-punk of their first two albums, and “Ghost” sounds both jazzier, and more pop than its predecessor “Zenyatta Mondatta”. Sting & co. had updated their sound to employ more synthesizers and an overall sound more forward thinking and in-tune with the new decade. The album spawned three hit singles- “Invisible Sun”, “Every Little Thing She Does is Magic”, and “Spirits in the Material World”- the most they had ever had on one album up to that point. These three tracks in my opinion are also the best three tracks on the album. “Ghost’s” commercial success provided a bridge to the worldwide domination they would experience on their next and last album, 1983’s “Synchronicity”. While “Ghost” did have several other great tracks on it such as “Rehumanize Yourself”, and “Demolition Man”, it also contains a fair amount of filler- as does “Synchronicity”. While both are very good albums, neither are the Police’s overall best work.

Buy Every Little Thing She Does Is Magic

Buy Spirits In the Material World – Ghost In the Machine (Remastered)

Buy Spirits In The Material World 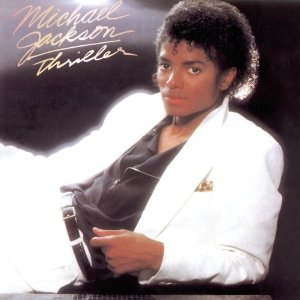 What more needs to be said about Michael Jackson’s “Thriller”? At this date it is still the single top selling album of all time- not including The Eagles Best of Volume 1 which is a compilation anyway unlike the world dominating “Thriller”.   When “Thriller” came out it was the closest thing to Elvis or Beatlemania that my generation could have experienced. Every single person I knew my age loved it and MJ himself. The album spawned seven top ten singles, including two #’s in “Billie Jean” and “Beat It”, the putrid “The Girl is Mine”- with Paul McCartney peaked at no. 2. Only two tracks on the whole album were not released as singles. The album was on the charts for well over two years and Jackson broke the color barrier with MTV as the first black artist to receive regular video rotation on the new channel. He also set a new standard for video artistry with the “Beat It”, “Billie Jean”, and especially the 20 minute “Thriller” videos. As great as “Thriller is, in retrospect his album “Off the Wall” from 1979 was an overall better album and Jackson would gradually lose his mojo with each subsequent release after “Thriller”. Still certain songs like “Beat It”, “Billie Jean”, “Wanna Be Startin’ Something” and to a lesser extent “P.Y.T.” and “Human Nature” are certainly stone cold classics and though I’m not wild about the title track its universal appeal is pretty undeniable. Though I think “Thriller’s” overall impact trumps its actual artistry and a few songs are overrated to downright annoying, a 6 songs out of 9 batting average is nothing to sneeze at.

The Boss’s concession to his record company after they agreed to let him release his stark, all acoustic, anti-commercial album “Nebraska” in 1982 was that he would pull out all of the commercial stops for his follow-up. And “Born in the U.S.A.” delivers that in spades- in the year of the blockbuster album “U.S.A.” delivered seven top 40 singles and became the biggest commercial success of Springsteen’s career, even eclipsing “Born to Run”. Though Springsteen was already a huge success, “U.S.A.” made him a household name- not just with music fans but with the squares as well. Many hardcore Boss fans (or music fans in general) chastise this album for being over-produced and too commercial. I do find its production very dated and annoying- particularly the sound of the drums and keyboards- and it just about ruins some otherwise well-written songs like “Glory Days” and the title track. For that reason “Born in the U.S.A.” is not one of my favorite Springsteen albums, but the amount of great songs on the album more than qualifies the album as a very worthy release. #1 hit “Dancing in the Dark” may be an extremely commercial pop song but it’s also a wonderfully and tightly written one. Other singles like “Cover Me” and “I’m Goin’ Down” are underrated gems, and steamy ballad “I’m On Fire” is simply one of the best things the Boss ever recorded. Album tracks “No Surrender” and “Bobby Jean” are stellar tracks as well. If you grew up hating this album, please give it another listen with open ears.

Buy No Surrender – Born In the U.S.A. 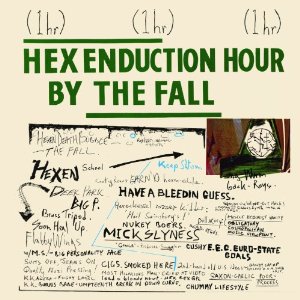 “Hex Induction Hour” was the Fall’s last truly punk rock album, ending the fist period of the band which had initiated with the group’s first singles in 1977/78. After “Hex Induction” they softened up slightly for their impressive run of mid eighties albums featuring Fall leader Mark E. Smith’s wife Brix. Though many of their albums are impressive, and they have great songs scattered throughout their career, I think that “Hex Induction” is the single best album to start with for those interested in the early years of the Fall. The most notable traits of the band are all here- the relentless industrial pounding of the band (including two drummers (!!) ) that somehow maintains a hookiness and swing despite the dissonant racket.  And Smith’s trademark acerbic misanthropy is present as well and never seems to be a put-on- this guy really does seem to hate everything and everybody. For anyone really angry at the world check out mister Mark E. Smith.  Three stone cold Fall classics are here as well- “Fortress/Deer Park”, “Hip Priest” and “The Classical” are all among the band’s best tracks. 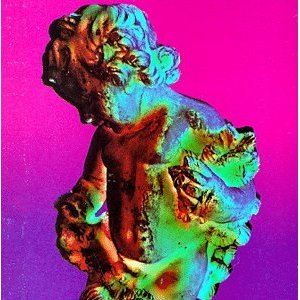 “Technique” is to my ears New Order’s last classic album release and an album where they truly updated their sound as a response to the acid-house/baggy movement happening in their native U.K. It was the most startling transformation the band had made since they changed their name from Joy Division to being New Order after lead singer Ian Curtis’s suicide in 1980. While the band had always been the very best kind of hybrid between dance music and post-punk, “Technique” was the first time when the dance side of the band truly seemed to be winning.  Though more rock-oriented tracks like “Run” and “Love Less” are more subtle updates of their signature sound,  “Fine Time” and “Vanishing Point”, in particular are club smashes and truly made for the dawn of the new decade. New Order had managed to satisfy their old fans while catering to a whole generation of new ones. 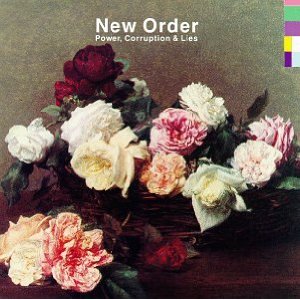 Though every eighties New Order is a worthwhile listen, 1983’s “Power, Corruption & Lies”, is probably the best of the lot. Each of their albums contains at least 1 or 2 all time dance classics and this album is no exception- it has both “Age of Consent”, and their signature track “Blue Monday”, but what makes the album truly standout is how it flows together as a whole. Its influence is also incalculable as it was the first album to merge post-punk with dance music. Though the band dipped its toes in the water with their debut “Movement” is 1981, that album was really only slightly more danceable than the lighter aspects of their former band Joy Division. Where “Movement” was cautious, “PC&L” went full steam ahead and a sub-genre was born. Anytime you hear a modern day dance-rock hybrid track it has very likely taken something from this album. 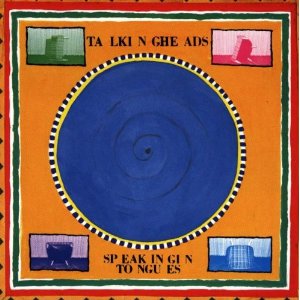 “Speaking in Tongues” is a strangely unappreciated album by a band has seen its fair share of critical accolades. Prior to 1983, the Heads were the brainiest of the original bands from the New York City CBGB’s punk scene, a band that had already achieved a few left-field pop hits, but also one of THE most critically acclaimed bands of the late 70’s/early 80’s. But with the general public they didn’t become common knowledge until “Speaking in Tongues” and it’s breakthrough single “Burning Down the House”- the band’s first to hit the top ten of the singles chart. Elsewhere on the album, you had the beautiful “This Must be the Place (Naïve Melody)” used famously in the movie “Wall Street” as well as the gospel influenced “Swamp” and “Slippery People” and other should be hit singles “Girlfriend is Better” and “Making Flippy Floppy”. For a lesser band this would have been their signature album but for the Talking Heads it barely cracks the top five. That said they would never make another album quite this good again, though their follow-up “Little Creatures” certainly has its merits.

Buy This Must Be The Place (Naive Melody) (Album Version)

Buy Burning Down the House – Speaking In Tongues (Remastered)