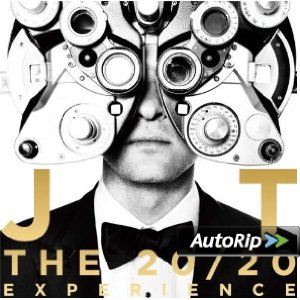 The second half of 2013 was not kind to Justin Timberlake. The previously teflon star, seemingly beloved by all, finally received some negative press- for a role in a movie that bombed as well as for “The 20/20 Experience Part 2” which really should have been marketed as a b-sides collection rather than a proper sequel to part 1. Though his shine has worn off “Part 1” is still that top selling album of 2013 and I enjoyed it just as much when revisiting it as I did the first several times I heard it. The lead single “Suit & Tie” is an effortless piece of blue-eyed soul hip-hop & second single “Mirrors” became one of the biggest tracks of the year. Instead of “Take Back The Night” (off of Part 2), JT should have released the phenomenal “That Girl”, my favorite track on either volume. Though both volumes are criticized for being bloated and indulgent- most tracks run over 7 minutes long and sound like extended club versions of singles- Timbaland’s production and JT’s song craft make this a great experimental pop record with no filler- a modern update of Stevie Wonder’s incredible mid 70’s run or Michael Jackson’s “Off The Wall” and “Thriller” records, if not quite as brilliant. 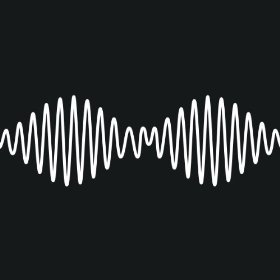 After a bit of a lull with their 3rd & 4th albums, England’s favorite rock band, Arctic Monkeys are back with a vengeance with “AM”. The group have recently moved to Los Angeles and come off as a no bs straight up rock n’ roll band than ever before. They take elements of sound from their previous albums, like the power pop punk meets the Strokes of the first two and the heavier stoner rock and jangle pop of the latter two and add a skeletal funk groove. While the band always stays within the rock framework these various elements give them color and variety making the this excellent set of songs each standout on their own all the more. New favorites will emerge on each listen but several standouts are “R U Mine”, then single “Do I Wanna Know?” (receiving major radio airplay in the U.S.), “Why Do You Always Call Me When You’re High?” and “Arabella”. Singer Alex Turner has always been a fantastic bar and club cultural poet and on “AM” he seems mostly concerned about the aftermath, of both parties and relationships. “AM” is a very strong release from a great band who has transcended the British hype machine and has carved out one of the better rock band legacies in recent memory.

Amazon
Buy Do I Wanna Know? 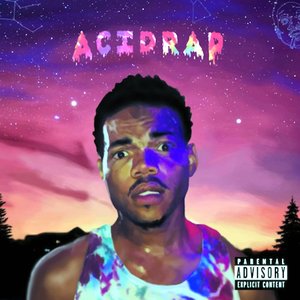 Chance The Rapper is the biggest newcomer story in rap this past year. Just turning 20, Chance is a rapper from the projects of the south side of Chicago. Vocally he shares the similarly gritty cadence of Lil Wayne and Kendrick Lamar, while nodding back to the peace & love vibe of the native tongues rappers of the early 90’s. Though growing up in the middle of a war zone, rather than selling drugs he takes them- weed and LSD rather than narcotics. He addresses his communities struggles through a stilted, hallucinogenic lens, often playing class clown with a healthy dose of self-deprecation. Because of his wit and charm it hits even harder when he drops some reality. He often speak sings in his delivery and can turn a phrase nearly as deftly as Eminem. As of January of 2014 he still remains the hottest unsigned rapper in the game, but it’s not for lack of being courted. “Acid Rap” is a unique album which will likely have staying power and Chance is a singular talent.

Not available via iTunes 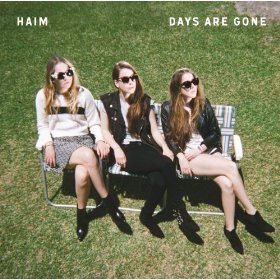 Haim are another one of the most heavily hyped new acts of 2013, already stars in the press while still mostly unknown to the general public. They are three twenty-something sisters from Los Angeles who have been plying their trade in the music biz since their teens under various guises, but Haim is their first group that has stuck. “Days Are Gone” is exuberant power pop with an R&B tint that take its production cues from mid 80’s Fleetwood Mac. Though they are being marketed as pop for indie-lovers they have little in common with similarly marketed acts like Robyn, Jessie Ware, Charli XCX or Sky Ferreira who are much more beat focused. Haim are organic rock n’ roll with traditional guitar, bass & drums. I liked this record on first listen but I love it now. The first seven tracks are all nearly perfect and “Fallen”, “Forever” and “The Wire” should all be huge radio singles. Haim was made for the masses and here’s hoping that will soon be the case. 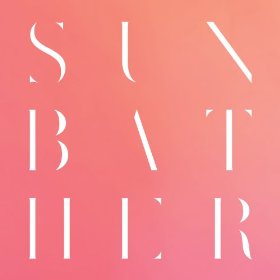 Though it’s the group’s second album, for me Deafheaven’s “Sunbather” came out of nowhere. Deafheaven is tagged as a black metal band but the truth is a bit more complicated. Four gorgeous metal epics, each at least 9 minutes long are surrounded by much quieter, beautiful instrumental passages that bring to mind 70’s era Pink Floyd. The four vocal tracks are doom metal mixed with shoe-gaze and while extremely heavy they are more beautiful, cinematic and sweeping than pummeling and relentless. The vocals are screamed and unintelligible- I couldn’t even follow along with a lyrics sheet. They act as another instrument blending in with the whole sound scape. Improbably “Sunbather” is the break out “Metal” album of the year- despite absolutely no chance of any radio airplay and a somewhat limiting appeal. But any fan of Mogwai, Sigur Ros or Godspeed! You Black Emperor should definitely check this out as Deafheaven are close cousins to what those bands do. 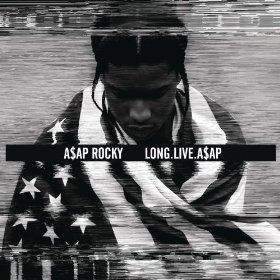 The long delayed, heavily hyped “Long Live A$AP”, the Harlem rapper’s major label album debut is finally released and it doesn’t disappoint. Though it did quite well commercially it seemed to get rather lost in such a big rap year between heavy hitters like Drake, Kanye & Jay-Z along with upstarts like Danny Brown and Chance The Rapper all releasing mega albums. After the smoke has cleared I think this album is being unfairly overlooked. It’s really a stellar album with 7 or 8 standout tracks and no stink bombs. Rocky brings a much needed swagger back to New York City and acts as an east coast counterpart to the white hot L.A. Black Hippy collective (Kendrick Lamar, Schoolboy Q, Ab-Soul etc..). It’s nice to see the east and west coasts collaborating rather than feuding and even more than the black hippies, Rocky soaks up virtually every rap style. His versatility is his greatest strength as he delivers smooth radio ready singles, underground-nodding tracks with tripped out Clams Casino beats, pulsing swag anthems & collaborations with Skrillex and Santigold totally out of the major label rap box. 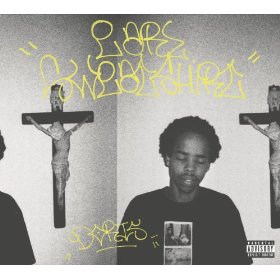 “Doris” is another long awaited debut album. Earl Sweatshirt is the youngest and most talented rapper in L.A.’s Odd Future collective, which has been dominating west coast underground rap over the last 3 or 4 years. Sweatshirt’s first mixtape was one of Odd Future’s first releases but by the time people actually heard it, the precocious rapper had mysteriously disappeared. It turns out that he was sent to a school in Africa by his political activist mother in order to avoid trouble in L.A. Sweatshirt’s father is renowned Poet Laureate Keorapetse Kgositsile and Earl clearly has both the sharp intellect and gift with words handed down by his parents. His mix of keen wit, philosophical observations, teenage rebellion and smut is intriguing and keeps you guessing. While past Odd Future releases have been frustrating for me- great moments mixed into overly long, sometimes monotonous albums with certain tracks too nihilistic and downright offensive to be enjoyable, “Doris” is their first album that really hits the mark. It’s 44 minutes long with more than a handful of instant classics, from the great singles “Chum”, “Whoa”, “Hive” & “Sunday” and a few album cuts like “Knight” and “Burgundy” that are just as good. And no filler tracks so prevalent on other OF releases. Production on the album sounds equally influenced by Wu-Tang and Madvillain and Sweatshirt’s flow is downcast and mellow. 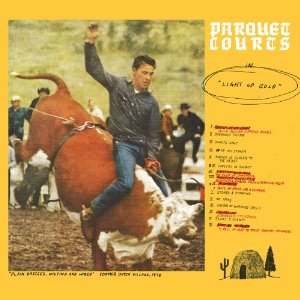 Like Cloud Nothings in early 2012, Parquet Courts started off a great music year with a bang in January of 2013. They are a total throwback to the lo-fi 90’s indie rock of Pavement, New York City transplants spinning witty aphorisms that can only come from the mouths of educated twenty-somethings trying to make sense of living in a strange, new city. Their angular punk is tense, terse, often hilarious and ridiculously catchy. I hear other influences in their sound from 70’s & early 80’s punk & protopunk like the Modern Lovers, Wire & the Feelies. “Light Up Gold” is a messy hodgepodge with a handful of minute long tracks scattered throughout. It’s loose, under produced & real. 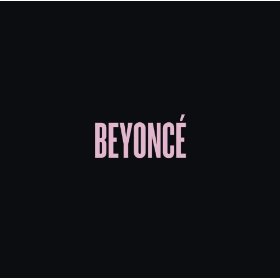 Beyonce, the greatest and best of our modern female pop stars, dropped quite a bomb on the music industry and critics’ top ten lists in the middle of December. Completely unannounced, she released a self-titled 14 track/17 video album, exclusively at iTunes for a week but still in physical stores days before Christmas. No advanced singles, no press, no nothing. And it sold over 600K just at iTunes in its first three days, making it one of the most commercially successful albums of the year. It’s also very likely her best album release to date, raising the already high bar set by pst releases like “4” and “B’day”. It was tough to slot. I had to re-do my top 50 for it and at #12 I think I still may be underrating it. Over half of the tracks sound like instant classics with singles “XO” & “Drunk In Love”, “Partition”, first track “Pretty Hurts”, “Blow” and “Flawless” my faves at the moment. Each of these songs along with even the less immediate tracks boast surprising production, showing that Beyonce may be taking cues from her younger sister Solange, using some lesser known producers with more of an indie-bent. Lyrically “Beyonce” is a love letter to marital sex & bliss. It reminds me of old school Janet Jackson when it’s at its sexiest and Prince at its funkiest. Beyonce is a rare mix these days of fame, beauty, wealth, charm & talent and we are lucky to have her. This album is highly recommended and definitely a keeper. 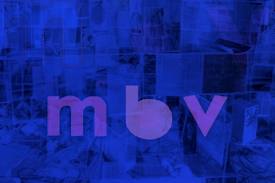 The legendary My Bloody Valentine has finally followed up their 1991 masterpiece “Loveless” with a direct to consumer, surprise album release last winter. While it may not equal the majesty of its predecessor, “MBV” is a triumph. Head genius perfectionist Kevin Shields creates otherworldly dream pop sounds with painstakingly applied layers of electric guitar with loads of pedal effects and vocals mixed down to nearly a whisper. The album is split into thirds. Kevin Shields handles vocals on the first third with Bilinda Butcher taking over for the second third. The first two thirds of the album is mellow and hazy, rarely venturing into heavy rock territory with the first three songs more experimental and the second three more melodic. The final third is split between pummeling drum & bass workouts and feedback drenched noise-rock. “MBV” is an album to get lost in by a singular artist not content to rest on his laurels. It’s worth the nearly endless wait.

Top songs:
New You
Only Shallow