50. FLORENCE + THE MACHINE- HOW BIG, HOW BOLD, HOW BEAUTIFUL

I bought this album six months ago and it didn’t really sink in until revisiting it during my yearly round up. This is a group whose best songs often dominate their albums, but the difference with “How Big” is that the highlights are more abundant than on previous releases. “Ship To Wreck”, “What Kind Of Man”, “Delilah”, “Third Eye” & “Mother” all stand out here. Like Adele, Florence sings unsubtle heart-crushing, breakup songs with powerful pipes, the difference being that these songs are built with huge production to be sung in arenas. Florence has had quality albums before and great songs, but “How Big” is their best and most consistent album yet.

Buy How Big, How Blue, How Beautiful (Deluxe)

Buy What Kind Of Man

49.  JASON ISBELL- SOMETHING MORE THAN FREE 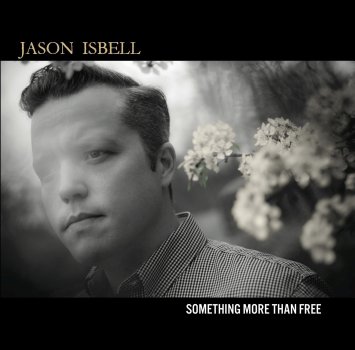 After toiling for many years as the third singer songwriter in the great Drive-By Truckers and as a very good but little heard solo artist, Jason Isbell finally had somewhat of a breakthrough with his last album, 2013’s “Southeastern”, which garnered awards, positive reviews and sold in the hundreds of thousands; no small feat for a little known guy whose music carries the alternative country banner. The stink of “Something More Than Free” is that it’s not up to the quality of “Southeastern”, which may be true. The album’s momentum does dip a bit in the middle, but standouts like the one-two punch at the beginning of the album in “If It Takes A Lifetime” and “24 Frames” along with others like “Speed Trap Town” are among the best songs Isbell has yet written and make “Free” well worth multiple listens. Isbell is among the best songwriters of his generation in depicting the demons and redemption of small town living without resorting to the cliches used by so much of mainstream Nashville.

Buy Something More Than Free [Explicit]

Buy How to Forget 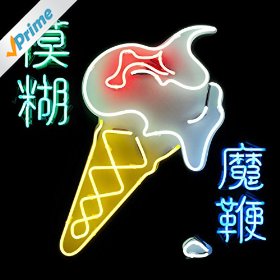 “The Magic Whip” is a reunion album and Blur’s first since 2003’s “Think Tank”. Thankfully it does nothing to damage the legacy of this wildly consistent band who has quietly put together one of the best discographies of any rock band of the last twenty-five years. Blur remains criminally underappreciated in America but one of the biggest bands of all time in their native Britain. Blur mastermind Damon Albarn has sinced helmed the very successful cartoon band Gorillaz who ironically made much more of a dent in the U.S. ”The Magic Whip” tends to combine parts of both Blur and Gorillaz, as well as his more recent solo album crafting solid if a bit more subdued effort than Blur’s past records. While small parts of “The Magic Whip” can bore slightly, upbeat tracks like “Lonesome Street”, “New World Towers” and especially “Ong Ong”, as well as the highlight of the album “Ghost Ship” make “The Magic Whip” a welcome come back from one of the all-time greats. 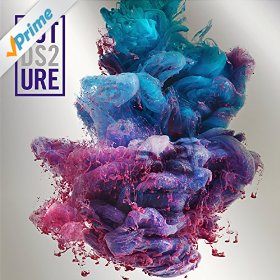 “Dirty Sprite 2” is Future’s third official retail release though it was given away free first as a mixtape. Despite that it still sold in the hundreds of thousands, proving that Future is one of the biggest stars in modern rap. He is also really the progenitor of auto-tuned mush-mouth codeine rap paving the way for other artists like Young Thug and creating one of the dominate sounds in rap today. Along with “DS2”, Future also released two other mixed tapes in 2015 “Beast Mode” and “56 Nights” and a much-celebrated collaboration with Drake called “What A Time To Be Alive”, making him (along with Drake) the most prolific rapper of the year. “DS2” can be listened to as a whole- a concept album about a hedonistic fucked up man drugging and fucking his way into oblivion. Like the Weeknd, Future’s partying sounds dangerous and world weary rather than fun & pleasurable. This is a man who has seemed to lose all sense of himself and any morality and is obsessively documenting his plummet to the bottom. Future’s garbled voice and the woozy, spaced out production can be a depressing, but fascinating listen. If you can’t handle this much drudgery in one place you can instead cherry pick the many highlights like “Fuck Up Some Commas”, “I Serve The Base”, “Stick Talk” or “Blow A Bag”. It’s also well worth checking out some of Future’s other great 2015 tracks like “March Madness”, “News Or Somethin’ ” as well as “Diamonds Dancing” and “Jumpman” with Drake.

Buy F*ck Up Some Commas [Explicit]

Buy I Serve the Base [Explicit] 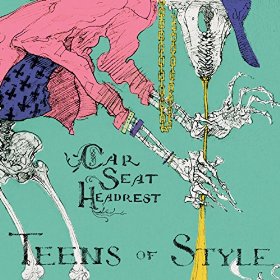 “Teens Of Style” is a re-recorded compilation of previously released DIY lo-fi tracks by Will Toledo, a talented twenty-something Virginia singer-songwriter. The tracks are slightly cleaned up but still bring to mind early-mid nineties lo-fi like Pavement, Yo La Tengo and especially Guided By Voices. Despite the long running length of several tracks, Toledo is always focused on hooks and melody, which shine through the hiss. Toledo’s lyrics and literary and humorous and his powerful guitar licks and even his vocal style also bring to mind early period mid tempo music of the Who & the Kinks.
Buy Teens of Style

45. BEACH SLANG- THE THINGS WE DO TO FIND PEOPLE WHO FEEL LIKE US 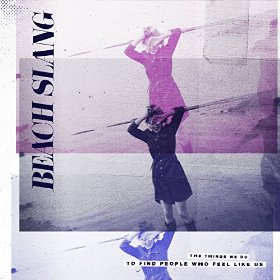 “The Things We Do…” is the debut album from a forty years old life-long punker and is one of the most fun, if least original releases of the year. It’s a thirty-minute album with straight forward, driving power pop/punk songs bearing much in common with Japandroids and the Exploding Hearts as well as the Replacements before them. Lead singer James Alex clearly writes and sings this music because it’s the only thing that makes sense in his life and the passion & urgency of the music seems to drip from his pores. Play Beach Slang loud & proud! 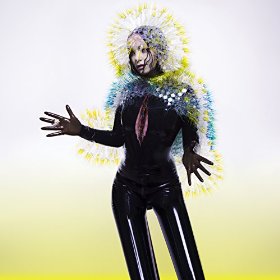 Bjork is known to make dense music. She is known to make sad music. But “Vulnicura”, her breakup album, is probably both her heaviest and her saddest music yet. The album follows the chronology of her breakup with her longtime partner- the pre-breakup, the moments during and after and then the longterm ramifications it will have on her and her son. The music is heartbreaking and gorgeous, often slowly unfolding into sweeping orchestral strings and the majority of the tracks are well above the five minute range. There are no singles to hook the listener and it’s a cerebral, headphones record that requires intense concentration of the listener, but it’s also Bjork’s best album in years.
Buy Vulnicura 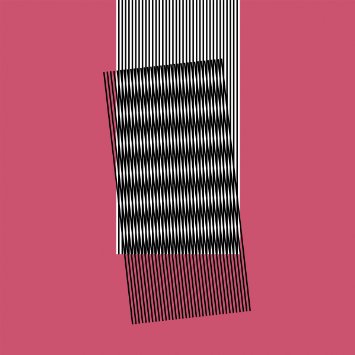 Hot Chip, British indie dance pop quintet, has now become an institution by their sixth album “Why Make Sense?” This may make their music somewhat less exciting, but the group still delivers consistently good to great sophisticated dance music focusing on the joys of longterm adult relationships. Hot Chip have carved out their niche in music and there is certainly nothing wrong with that. As with most of their albums there are a few absolute standout tracks- in this case lead single “Huarache Lights” and “Need You Now”. While the group has yet to deliver, and may never deliver, a classic album from top to bottom there is something to be said for a group who continues to please their audience this well into its career. 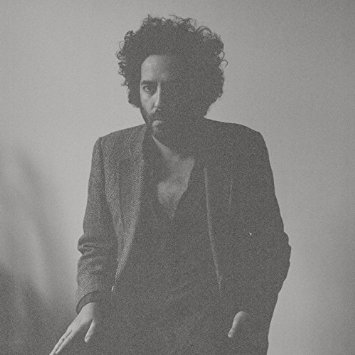 It’s hard to believe that Dan Bejar, the leader and one constant in Destroyer, has been releasing albums as Destroyer since 1996, while also plying his trade as one of the members of renowned indie super group New Pornographers. Destroyer has always had a cult following who appreciated Bejar’s ultra literary, quirky wordplay, but Destroyer’s profile was raised considerably after the great reception to the very great 2011 album “Kaputt”. “Kaputt” was a twenty first century update of late 70’s / early 80’s yacht-rock and lounge lizard era Roxy Music. A mix of soft rock, quiet storm & smooth Jazz. “Poison Season”, Destroyer’s long awaited follow-up takes a double turn both toward more muscular music (see “”Dream Lover”) and to the string laden sounds of fifties crooners. Some of “Kaputt’s” horn-centric sound remains but “Poison Season” comes across more cinematic and melancholy than the coke-fueled hedonism of “Kaputt”. “Poison Season” is a fine album though it does pale in comparison and is less surprising than the brilliant “Kaputt”. “Times Square” and “Dream Lover” do standout as two killer tracks.

41.  JULIA HOLTER- HAVE YOU IN MY WILDERNESS 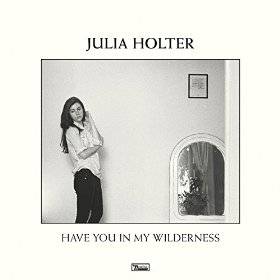 Experimental singer songwriter Julia Holter has thus far had more in common with classical and new age music than pop or indie rock, but with each album she has moved closer to pop like song structures and “Have You In My Wilderness”, her 4th full length is both her most accessible and best record yet. Holter sings, composes and plays keyboards on all of the album’s tracks. The album works well as a whole, it’s mellow dream pop floating like little fluffy clouds- ethereal but very intimate. Holter delivers some of her best songs yet particularly “Feel You” and “Sea Calls Me Home”, which is one of the great songs of 2015.
Buy Have You In My Wilderness