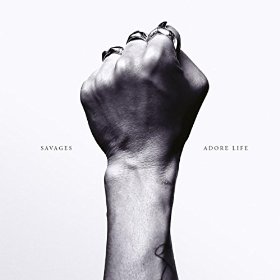 Follow up to 2013’s great debut “Silence Yourself”, “Adore Life” is a subtler, mellower album which may not hit you in the gut and punch you in the face like the debut, but does cement Savages status as one of the best indie rock bands going. Lead single “The Answer”, released in very late 2015 rocks the hardest and is most like the debut. Whereas “Silence Yourself” primarily dealt with feminist politics, “Adore Life” looks inward- its main focus is love and relationships, exemplified in the slow-burner “Adore”. “When In Love” and “Surrender” are two other highlights on the album. It may take a little time to warm to this album but by taking a bit of a left turn Savages is both able to shrug off their influences a bit (Joy Division, Siouxsie & the Banshees) and show that they aren’t a flash in the pan. 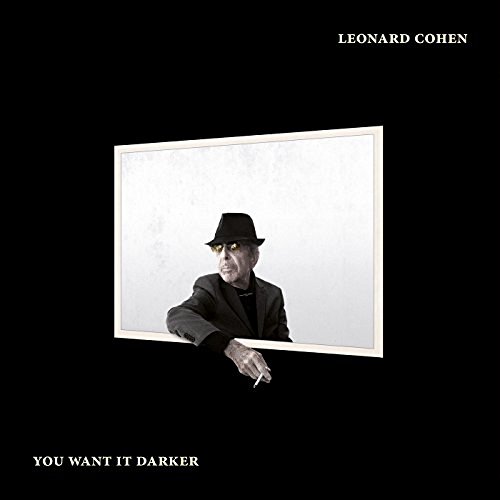 2016 was just ruthless regarding the amount of musical legends we lost and Leonard Cohen was one of the big ones. That Cohen was able to live until 82 softens the blow but his departure is still felt deeply. “You Want It Darker” ends his prolific late in the life run of stellar albums beginning with 2012’s “Old Ideas” and it’s both by far the best of the three and up there with the mightiest albums of his entire career. “You Want It Darker” stares at Cohen’s own death straight in the eyes while remarking on a lifetime of triumphs, anger, regret and redemption- poetically confronting himself, his God and his past lovers with biting wit, humor and insight. Outside of Bob Dylan, Cohen is one of music’s truly best lyricists. We were lucky to have him and lucky that he was able to give us one last great album before leaving us for good.

Buy You Want It Darker

Buy You Want It Darker 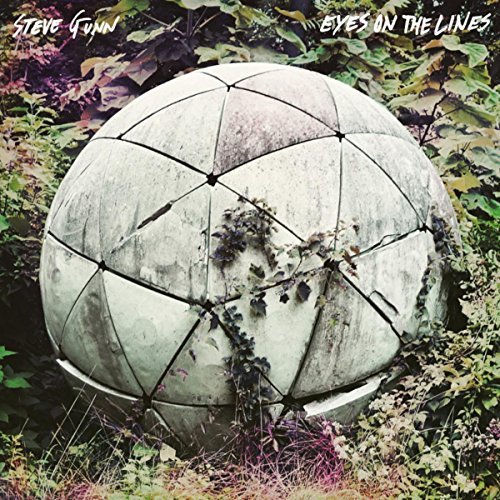 Though Brooklyn singer/songwriter and badass guitarist Steve Gunn has been making albums since before the turn of our new decade, he was a totally new and very welcome voice to me in 2016. “Eyes On The Lines” is his debut album on Matador, a much more prominent indie label, so my guess is that I’m not alone. “Eyes On The Lines” features expert guitar playing and rocks consistently well but does so in a meandering, casual way. It’s a free flowing jam oriented record, but without any unnecessary noodling. It’s a welcome rock respite in a year mostly dominated by R&B and rap music. The album is high quality throughout and if I have any criticism at all it’s that songs don’t really stand out above the others. But that doesn’t have to be a bad thing. It’s a throwback sound without any completely obvious influences. Throw it on and just go!

Buy Eyes On The Lines 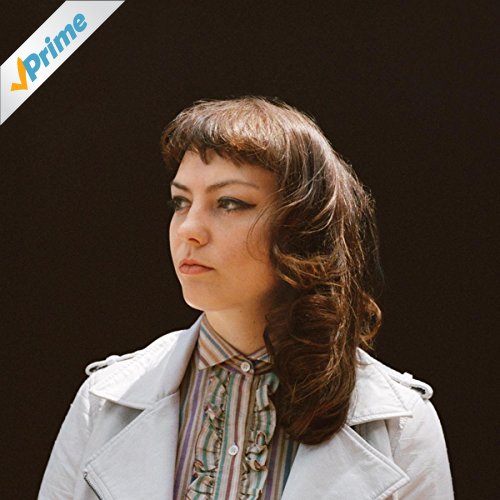 Angel Olsen blew up a bit, at least on an indie-rock level, on her last album “Burn Your Fire No Witness” making “My Woman” a heavily anticipated album last year and it did not disappoint. One of Olsen’s greatest strengths is her ability to transform her voice to bit catchy, up tempo tracks, punk rock rave-ups and lonely, spare ballads in equal measure. Acoustic folk rock, meditative synth music, and crunching rock licks live side by side here giving the listener a great variety to choose from. The catchiest and best number here is “Shut Up Kiss Me”. But the jazzy “Those Were The Days”, the eight minute sprawl of “Sister”, “Intern” and “Give It Up” shine as well. I’ve noticed “My Woman” hitting a ton of top ten lists and I’m wondering if in time I like it even more.

Buy Shut Up Kiss Me 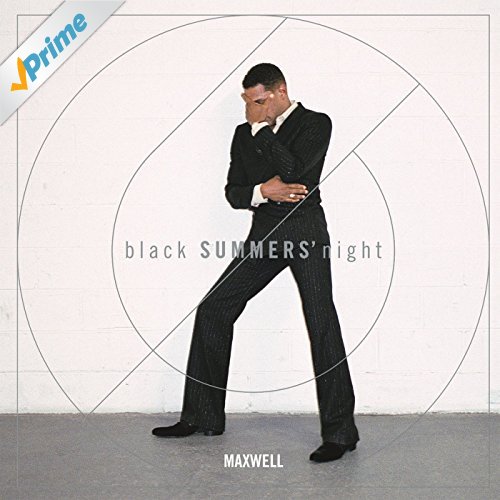 A prequel to 2009’s “BLACKsummers’night”, Maxwell’s new release seems designed to confused consumers. But if you are a true fan it probably matters little. Maxwell, one of neo-soul’s originators twenty years ago is hardly a prolific artist as this is only his fifth proper album but his consistently high quality efforts make up for the lack of quantity. Maxwell sings sophisticated, lovelorn R&B for adults like a male Sade his music is sexy and sultry but rarely caters to prevailing musical trends. There is almost zero hip hope influence to be found here and instead it’s a musical fusion of jazz, soul & funk. Lead single “Lake By the Ocean” is also the standout but there is plenty else to like including “1990x”, “Gods” and “Fingers Crossed”. Even If Maxwell waits another six or seven years before his next release we can rest assure that it will still be great as his brand of R&B never seems to go out of style.

Buy Lake By the Ocean 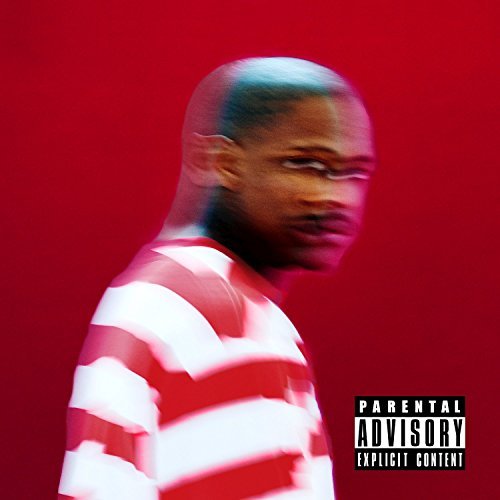 “Still Brazy” is the sequel to Compton rapper YG’s pretty great 2014 debut “My Krazy Life”, and continues his winning streak in carrying the classic G-Funk sound originated by Dr. Dre forward. Standout single “Twist My Fingaz” released in the middle of 2015 is one of the best things here but there are many highlights scattered throughout the album. “Why You Always Hatin’?” is this past year’s hit single, “Who Shot Me?” is a first person account of the murder attempt which left YG in the hospital last June, and YG saved two of “Brazy’s” best moments to end the album with “Blacks & Browns” and “Police Get Away With Murder” showing that YG, like N.W.A. before him, can be equal parts nihilistic and socially conscious, with a descriptive eye for great detail. And FDT (Fuck Donald Trump) is destined to be an anthem for many of us for a long time. It may not be the subtlest piece of writing but good for YG for speaking out early, even before Trump won the Republic primary. 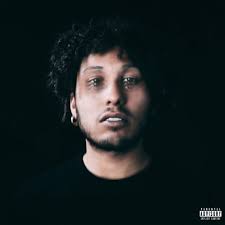 “iii Drops” is a slept on mixtape released during a very strong year for rap music and unfortunately getting a bit lost in the mix. Purp is a Chicago rapper and member of Chance the Rapper’s Savemoney crew and comes off as both its most boastful and street tough member. Though far less spiritual and optimistic than Chance, despite his very real portrayal of inner city life and his occasion to launch into sexual filthiness, Purp never fails to come off as intelligent with a social conscience, like a Midwestern version of Schoolboy Q. The album starts out as an absolute monster with five of the six first tracks being total bangers, driven by energetic soul & funk samples recalling DJ Premier-style production. Though it fizzles a bit toward the end, “iii Drops” is still one of the better rap albums of 2016 and he is a welcome newer voice in the scene.

* Album not available via Amazon Stream at http://consequenceofsound.net/2016/05/stream-joey-purps-new-mixtape-iiidrops/ 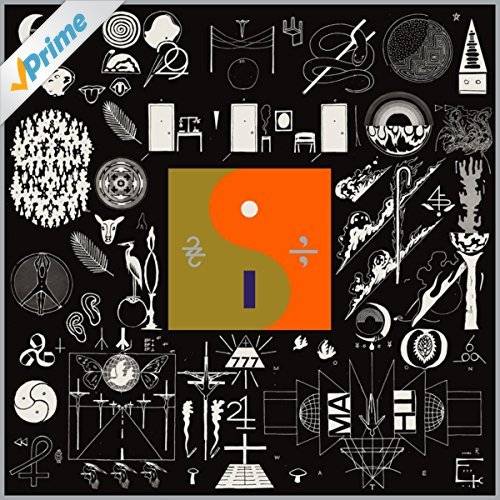 “22, A Million” is Bon Iver’s third album and its first in five years; showing a band who refuses to rest on its laurels; changing its sound almost drastically with every album release, a pioneer in pushing music forward and massive influence on music in general. “22, A Million” is the group’s weirdest album and has been the toughest for me to grab onto, but using “22 (Over Soon)” as a starting point- one of 2016’s most beautiful and best songs, leads me to think that I may love this album in time more than I do currently. Justin Vernon’s aching falsetto vocals are here, but gone is the acoustic outré folk sound of Bon Iver’s past. The band’s sound is now driven by warped electronic glitch beats, which disorient the listener much like Radiohead’s “Kid A” did nearly two decades ago. “Kid A” has been considered a modern classic for so long that it is hard to remember how controversial the album was to many longtime Radiohead fans when the album was originally released. It will be fascinating to see if Bon Iver’s “22, A Million”, and to be fair they a less well known band than Radiohead, goes a similar route in the future. 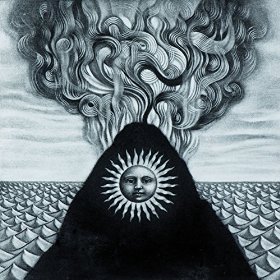 This past year I was finally turned on to French avant-metal band Gojira with their sixth album “Magma”. Though I don’t know the group’s earlier material apparently “Magma” is the group’s most personal and accessible release yet. It’s the most excited I’ve been about discovering a “new” metal band since Baroness or maybe even Mastodon. The band is equal parts technical and ferocious but on “Magma” they streamline their sound to deliver tight, catchy songs rather than the sprawling prog found on their earlier albums. The band, featuring two Duplantier brothers, suffered the loss of their mother during the recording sessions which probably is the reason the songs are focused lyrically more on personal anguish and away from the political content of past releases. There is still plenty of stunning technical virtuosity and unusual time signatures to keep longtime fans from crying sell out but tracks like “Stranded”, “Only Pain” and “Silvera” are tight enough for mainstream hard rock radio. The group has already been nominated for a 2017 Grammy but it is still not big enough. Maybe it’s only a matter of time until a crossover happens. 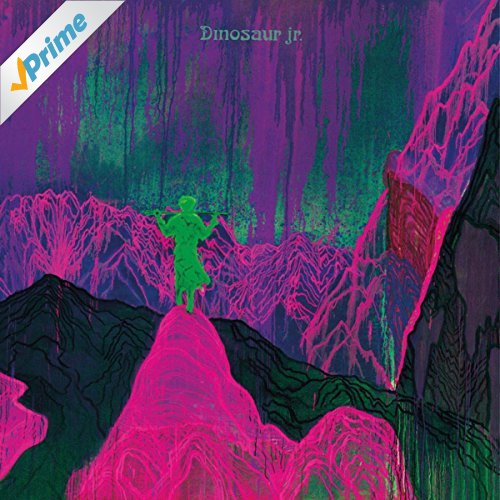 At this point, Dinosaur Jr.’s second run of albums- from 2007’s “Beyond” up through last year’s “Give A Glimpse Of What Yer Not” actually eclipses the influential band’s initial mid 80’s to mid 90’s run of albums in quality- and it isn’t even really close. Dinosaur Jr. was one of indie rock’s leading lights in heavy guitar rock and was one of the direct antecedents in grunge’s world takeover. Along with other bands like Mission Of Burma & Sleater-Kinney, Dinosaur Jr. proves that middle age doesn’t have to mean stale and with “Give A Glimpse” the group proves they’re as vital as ever. It’s even one of the best albums since their reformation and it’s almost unfair how little fanfare the group receives for it. Maybe it’s because the group only applies minor tweaks to their sound with each release its sound can be overly familiar but if you are already a fan of the group you owe it to yourself to check this out. The best tracks are “Lost All Day”, Goin Down”, “Tiny” and “I Walk For Miles” with J Mascis’s signature whining vocals and shredding guitar solos in perfect form. But the biggest difference is that bassist and second vocalist Lou Barlow does much more with his signature two cuts per album- both “Love Is…” and “Left/Right” are two of the best songs he has ever provided to the group, giving “Give Me A Glimpse” the most consistent feel of all of the group’s later albums.

Buy Give a Glimpse of What Yer Not