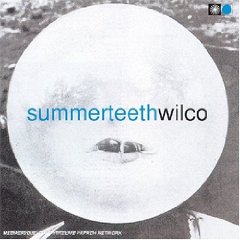 Wilco at their most power pop- this was the Chicago band’s 2nd great album in route to their masterpiece in 2002. “Summer Teeth” was the perfect middle ground between the alt country of their earlier records and the experimental music to come. Their sunny melodies are sharply contrasted by their darkest, bleakest lyrics to date. 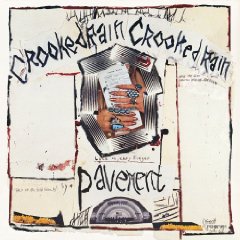 “Crooked Rain, Crooked Rain” was Pavement’s second masterpiece in as many albums. With “Crooked” Pavement cleaned up their sound, ditching the lo-fi tape hiss, firing their original drummer and going for a bigger and better mastering job all around. Left is their esoteric, yet intelligent lyrics and slacker vibe but with a decidedly more accessible sound. They even had a big college radio hit with “Cut My Hair”. There is hardly a miss on the whole album. 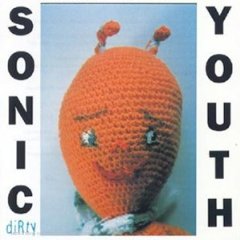 The closest the Youth ever got to mainstream success. “Dirty” came out right during the grunge/alternative rock explosion that the Youth helped implement. “Dirty” is unfairly maligned as a grab for mainstream bucks. It’s severely underrated and I believe, stands as one of their very best releases to date. “100%” and “Sugar Kane” are two of their biggest singles and anthems and they also hit hard at social issues with tracks like “Youth Against Facism” (Clarence Thomas & Anita Hill) and “Swimsuit Issue”. 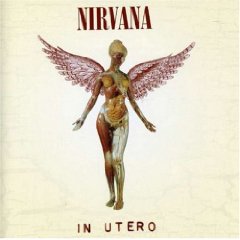 Nirvana followed up their Butch Vig produced, world changing, smash hit by tapping Chicago post hardcore indie-producer Steve Albini and making the least accessible album they possibly could. Despite that, Kurt & co. couldn’t help but write brilliant and catchy tunes and they ended up finding commercial success with “In Utero” anyway. It was, however, a much more abrasive album than “Nevermind” and cemented the band’s status as an uncompromising and challenging band. Sadly this would be their last studio album before Cobain’s death in 1994 which ended the band for good. 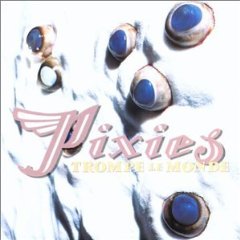 The Pixies swan song, which was considered a de-facto Black Francis solo album as bassist Kim Deal did barely any singing and no song writing whatsoever. Francis takes the band out with a bang as this is one of The Pixies most hard hitting albums. He focuses his writing on subjects such as outer space, the ocean & mathematics. Though he would have some critical solo success in the coming years he would never better this album.

Buy “Palace of the Brine/Letter to Memphis” 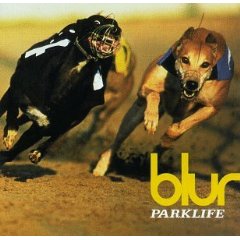 “Parklife”, along with the Oasis debut “Definitely Maybe” ushered in the British Brit-pop era. “Parklife” was the far superior album- running through practically the entire history of British music since the late 60’s and launching Blur from a great to a classic band. “Parklife” the album was probably Blur’s greatest triumph and was also seen as the defining album in describing Tony Blair’s hopeful and forward-looking England in the mid 90’s before he was brought down at least in part for his ties with American president W. Bush. 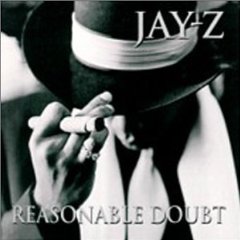 The debut release for what would eventually become one of the longest and most successful careers in rap history. Jay creates the template that he would follow throughout the next decade and a half- he raps about growing up in the projects and finding his way out of the ghetto through street hustling and then rapping. Through his lyrics he is able to show the similarities between the two. Rather than focusing on the bleak and violent side of hustling, he celebrates leaving the projects and entering a life of superstardom. Jay-Z is a true ghetto capitalist with some of the best lyrics writing and rhyme flow in the rap game. 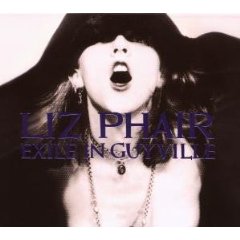 The Chicago singer singwriter’s debut came out of nowhere to become one of the most influential and best female debuts (and album’s period) in the history of rock n’ roll. The songs that make up “Exile” were initially recorded on Phair’s home cassettes and Phair had been perfecting them over the course of several years. The music runs the gamut from stripped down acoustic folk, to experimental art rock to power pop, to harder hitting indie-rock. The lyrics are extremely sexually frank and from a feminist perspective- a rarity for a female musician- particularly in the male dominated landscape of indie rock. Phair would go on to make one really good and one pretty good record before failing miserably (critically more than commercially) at various stabs of mainstream pop success. 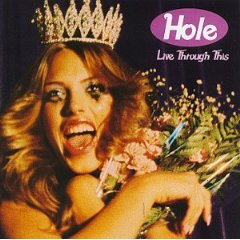 Hole’s second album was a gigantic leap forward after their anti-commercial debut “Pretty On the Inside” several years earlier. Many thought it was lead singer Courtney Love’s attempt to compete critically and commercially with her husband’s (Kurt Cobain) band Nirvana. “Live Through This” eerily came out exactly a week after Cobain’s suicide on April 5th. Love’s pained lyrics seem to predict Cobain’s death. The album’s hooks are undeniable and no matter how reviled Love is as a person, it’s tough not to recognize “Live Through This” as a grunge era classic. 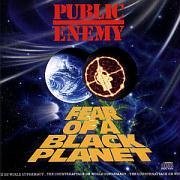 Buy AmazonFear of a Black Planet

PE’s 2nd straight out masterpiece in a row. The groundbreaking rap debuted several of rap’s all time great singles before the album release of “Planet” with “Fight the Power” the centerpiece of the brilliant and incendiary Spike Lee joint “Do the Right Thing” a year earlier. They almost matched it with lead single “Welcome to the Terrordome”. Though “Planet” may not match the peaks of 1988’s “It Takes a Nation of Millions to Hold Us Back”- to my mind the greatest rap album ever recorded- it still was great in its own right and the Bomb Squad (PE’s production crew) soared to new heights with “Planet” being their most sonically innovative release to date. The beginning of the 90’s was the tail end of an era where music samples could be used at a producer’s leisure. Once clearing samples became big business rap would have trouble matching the era’s creative highs- at least musically.

Buy “Welcome to the Terrordome”