1963 marked a huge cultural sea change in the U.S. America was in the midst of President Kennedy’s Camelot- a promising time when the country’s middle class was thriving, much of the public was supportive of the young, charismatic leader and almost anything seemed possible. In the music world the girl group sound, surf music & soul music ruled the airwaves, but seeds of change were being planted as well. New York City folk hero Bob Dylan released his first big album (his debut was little heard) with “Freewheelin’ Bob Dylan”, which would soon become massively influential not only on the folk scene, but youth culture at large. Across the pond in Great Britain, the Beatles were already making waves. They had released their debut single “Love Me Do” in late 1962 & ’63 saw the release of their first two full lengths “Please Please Me” and “With The Beatles” along with a slew of huge singles. One hit wonder group The Kingsmen had a huge hit with frat-rock staple “Louie Louie”. Its grittier and sloppier tone sat in huge contrast to the impeccably produced studio pop coming out of the Brill Building in New York and the high level studios in L.A. at the time. “Louie Louie” also hearkened back to the no holds barred excitement of mid-50’s rock n’ roll. It can comfortably be called the first “Garage Rock” track. Garage rock was a diverse collection of DIY (Do It Yourself) music made throughout the 60’s, which hugely influenced punk. The huge success of the Beatles and the like sparked many teenage kids to form bands. Most were not expert players, but were able to come up with one or a handful of great songs. Some actually became hit records and many were left to obscurity. President Kennedy was assassinated on November 22, 1963. It would be the first of several assassinations of high-level American politicians and civil rights leaders and would serve as a marker of the true beginning of one of America’s most turbulent decades. Music styles would change along with the culture.

Doo-Wop music, one of 1950’s biggest musical trends, which had experienced a revival in the early 60’s, had pretty much died out by 1963. Though there were a few of the older style groups that had hits like The Thymes with “So Much In Love” and the Duprees with “Have You Heard”, the older style had given way to either a more polished sounding white act like the Four Seasons, Jan & Dean or the Beach Boys, a studio concocted, producer-focused girl-group like the Ronettes, the Crystals or the Chiffons or a vocal group heavily indebted to soul music. Berry Gordy’s Detroit label Motown had been steadily growing in influence throughout the 60’s and ’63 was their biggest year yet. Mary Wells and Smokey Robinson & the Miracles, the two biggest hit-makers in Motown’s earliest years, continued to scale the charts, the Supremes had their first note-worthy hit with “The Lovelight Starts Shining Through His Eyes” and Martha Reeves & the Vandellas had a huge year with soul classic “Heatwave” being released along other standouts like “Come and Get These Memories” and “Quicksand”. The Temptations had one of their first minor hits with the underrated gem “I Want a Love I Can See”. Solo artist Little Stevie Wonder had his first smash single with “Fingertips” and Marvin Gaye had a run of successful singles including “Hitch Hike”, “Pride and Joy” and “Can I Get A Witness”. The Motown label would grow even larger and more prominent throughout the 60’s and would dominate the charts along with the Beatles, the Beach Boys & the Rolling Stones.

Several other vocal soul groups had huge years outside of the Motown label. The long-running Drifters who had been releasing records since the early 50’s and had an ever-changing membership had one of the biggest hits of their career with “On Broadway”. And Chicago group the Impressions, led by lead vocalist Curtis Mayfield, released their self-titled debut album, which included huge hits “It’s Alright” and “Gypsy Woman”. The Impressions would write a host of tracks, which would become anthems of the civil rights struggle. Aside from the groups soul music was in fine shape. Founding soul artist James Brown released his legendary “Live At The Apollo 1962” album, still heralded as one of the best and exciting live albums of all-time. Sam Cooke released his best studio album “Night Beat” and had big hits with “Another Saturday Night” and “Send Me Some Lovin’”. Jackie Wilson scored a huge chart hit with “Baby Workout” and Ray Charles was still going strong and had a hit with “Busted”. Newer soul artists, many of which were from the American south, were emerging as well. Otis Redding released “Pain In My Heart”. Solomon Burke had some of his first hits and Wilson Pickett’s first singles came out. There were great one-hit (or two-hit) wonders by the likes of Major Lance, Garnett Mimms, Bob & Earl, Freddie Scott & Little Johnny Taylor. More blues-based soul music also hot high on the R&B charts. Sonnyboy Williamson had a hit with “Help Me”. Jimmy Reed, one of the more accessible of the bluesmen, extended his chart run with “Shame, Shame, Shame” and Bobby “Blue” Bland hit big with “Call On Me” & “That’s The Way Love Is”.

Some of the best and most talented writers and producers in the music business helped to create the girl group sound of the early 60’s. There had been big girl group hits prior to ’63 by the likes of the Shirelles and the Chantays and ’63 is when the scene really exploded. The writer/producers recognized the potential of the sound and either recruited already existing groups to write and produce for, or they created their own groups in the studio. Several writers and producers are known for creating, writing and producing for certain groups. Gerry Goffin and Carole King handled the output for Little Eva and the Cookies. Jerry Lieber and Mike Stoller, who had produced so many of the great 50’s records by Elvis Presley and the Coasters wrote tracks for the Exciters, the Dixie Cups and later the Shangri-La’s (who were produced by legendary eccentric Shadow Morton). Other important writers who helped shape the scene with Barry Mann & Cynthia Weil along with Jeff Barry & Ellie Greenwich. But the biggest writer/producer of all was Phil Spector. His stable of groups included the Ronettes, the Crystals, Darlene Love & Bobb B. Soxx & the Bluejeans. 1963 was likely the biggest year of Spector’s career. He produced momentous singles like “Da Doo Run Run”, “Not To Young to Get Married”, “Then He Kissed Me”, “Baby I Love You”, and the perfect “Be My Baby”. At the end of the year he gave us the “A Christmas Gift For You From Phil Spector” which is a collection of Christmas songs by groups on his roster. Nearly every song is a rock n’ roll classic and it may just be the best Christmas album ever made.
Along with the girl groups, surf music dominated by L.A. scene. Guitarist Dick Dale pioneered the raw, surf-guitar sound and vocal group the Beach Boys gave the music an image and brought it to the masses. The Beach Boys sound had nearly nothing to do with Dale, who appealed more to instrumental groups like the Chantays, the Tornadoesm the Lively Ones, the Marketts and especially the Surfaris, who had a #1 hit in ’63 with “Wipeout”. All were indebted to Dale for their sound and many paid their respect by covering his songs. Though a few of these bands had a hit or two most remained a regional concern and never got too big outside of southern California. The Beach Boys and Jan & Dean to a lesser extent took the subject matter of surf and California youth culture and combined it with the vocal harmonizing of Doo-wop and non rock n’ roll vocal group the Four Freshmen, added the best studio musicians in the business to play behind them in the studio. The Beach Boys had their first hit in 1962 with “Surfin’ Safari” but exploded in ’63 with “Surfin’ U.S.A., “Surfer Girl”, “In My Room” & Little Deuce Coup. They were the biggest bands in America of the 1960’s before the Beatles.

It’s been written that once the Beatles invaded America nothing was the same and they wiped out everything that came before them. While the former statement is true and the latter is way overstated. Motown and other soul music existed alongside the Beatles the whole decade. The Beach Boys got huge before the Beatles and remained that way until main writer/producer Brian Wilson’s meltdown in late 1966. New Jersey vocal group the Four Seasons, led to lead singer Frankie Valli, also continued to get stronger into the mid 60’s. The Four Seasons had huge hits in 1963 including “Candy Girl”, “Stay”, and the great “Walk Like A Man”. That said the Beatles really were game-changers. They wouldn’t “invade” the U.S. until the winter of ’64 but there immediate impact was truly staggering. They had 11 top ten hits in that year alone in America and 7 #1’s including “Love Me Do”, “I Wanna Hold Your Hand”, “She Loves You”, “Can’t Buy Me Love”, “A Hard Day’s Night”, “I Feel Fine” and “Eight Days A Week”. “Twist and Shout”, and “Do You Want To Know A Secret” both hit #2. Those tracks are taken from four separate studio albums, and that was just albums that came out in Great Britain. America, annoyingly packaged the Beatles differently so they released even more albums. Many of their ’64 hits actually did come out in Britain in ’63. What the Beatles did in those two years both in America and in their native country was unprecedented. It wasn’t done before and hasn’t been done since. Not even close. The Beatles would of course head a stable of like-minded groups from Great Britain, known in America, as the British invasion. Several groups like Gerry & the Pacemakers, the Searchers & the Rolling Stones had already gotten started and had hits (in Great Britain only) in 1963. Many others would soon follow. These groups would shape much of music culture for the next half-decade.

THE BEATLES- PLEASE PLEASE ME 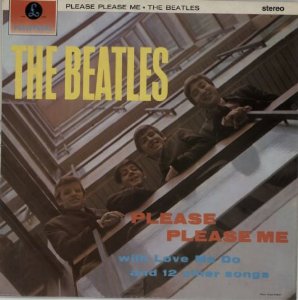 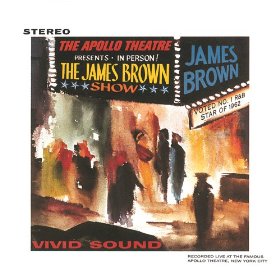 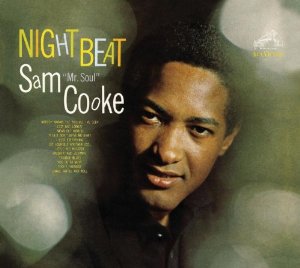 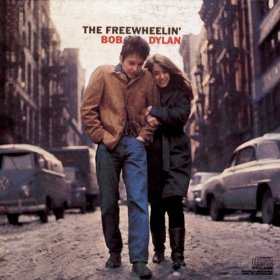 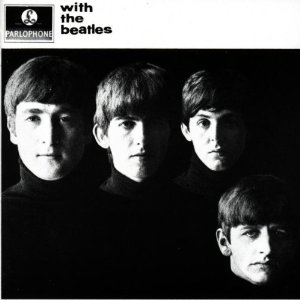 Buy With the Beatles 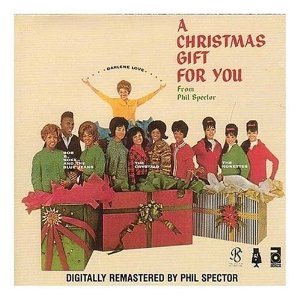 Buy A Christmas Gift For You From Phil Spector