1997- a transitional year.  A move away from the grunge-soaked radio airways and toward the sunnier and mostly disposable alt-pop of bands like Third Eye Blind, Matchbox 20 and Sugar Ray as well as faddish neo-Swing (Cherry Poppin’ Daddies, Big Bad Voodoo Daddy, Squirrel Nut Zippers) & neo-Ska (Mighty Mighty Bosstones, No Doubt & Sublime- somewhat).  Critics touted the emerging Electronica movement as “the next big thing”.  1997 proved those critics right but only temporarily- by the start of the next decade the genre’s biggest groups will have moved back to the underground or faded away all together.  In the rap world both Biggie & Tupac, rap’s two biggest figures in the mid 90’s, had both been killed. Strangely rap music moved toward a dancy, celebratory sound, reveling in the excesses of the prosperous times.  In all genres the lengthy, statement album was de rigueur- everywhere you looked there were 70-80 minute albums- in the rock, indie & rap world.  The endlessly long albums reflected the bloat of the times, but a few masterpieces were able to ship through the cracks as well.

In the mid 90’s Rap music truly asserted itself as the most commercially dominant music of the time- not to relinquish its crown until at least 10 years later.  The genre had experienced a golden age starting in the late 80’s and on through the early 90’s with groups like Public Enemy, N.W.A., Boogie Down Productions, A Tribe Called Quest & De La Soul.  In 1993 through 1996 most of THE major rap figures of the mid to late part of the decade would emerge- Wu-Tang Clan, Biggie Smalls, Tupac Shakur, Nas & Jay-Z.  Probably as a result of a stupid & pointless East Coast-West Coast rivalry, two of those artists (Tupac & Biggie) had lost their lives by ’97.  Biggie’s portentious 2nd album “Life After Death” was one of many landmark album releases for Rap in 1997.  Though it was certainly a fine album and further solidified his status as a Rap legend, it was also a rather bloated affair- a double album more than 100 minutes long with plenty of filler despite its share of classics.  Biggie’s producer and boss Puff Daddy ran the Bad Boy label who’s “jiggy” sound was dominating commercial rap at the time.  Puffy and label mate Ma$e both had huge hit songs & albums in ’97- neither artist was a good lyricist or rapper and their music came off to me as grossly materialistic and empty headed- the sampling was obvious and the lyrics meaningless which was a far cry from the more politically aware and/or culturally aware music of rap’s past.  On the flipside, Missy Elliott and Timbaland from Va. Beach were making fun, booty shaking music that was musically groundbreaking and would prove to be the biggest influence on rap, R&B & Pop at the beginning of the next decade.  Missy’s “Supa Dupa Fly” album is to this day my favorite album by a female MC.  Her producer, Timbaland, would become 1 of the 2 biggest producers of the Oughts (00’s).  Brooklyn’s Jay-Z had just come off of his great debut a year earlier and released and ’97’s follow-up “In My Lifetime, Vol. 1”, though a slightlylesser album than his debut, would actually prove much more commercially successful and  helped launch him to his eventual status as the “King of New York” in the wake of Biggie’s death.

Though underground rap was sadly more dormant in the mid 90’s than it had previously been in some time, NYC’s Company Flow arrived to give it a swift kick in the ass.  They challenged the status quo with their raw political lyrics and spooky, no-nonsense production which would go on to influence much of rap’s underground of the next ten years.  Company leader El-P would go on to launch the Def Jux label which would be home to many of the most influential underground rappers into the next century.  Erykah Badu became a major figure of the neo-Soul movement started a few years earlier by artists like D’Angelo & Maxwell with her debut album “Baduizm”.  Her music formed a bridge between Hip-Hop & Soul music when much of the rest of R&B had gone into the teen pop realm or modern-day barbershop quartet crooners like Boyz II Men & Jodeci.  Neo-Soul was a throwback to the more authentic soul music of the 60’s and 70’s but with Hip-Hop beats and a modern day twist.

As a result of the indie-rock signing frenzy in the wake of Nirvana and the Grunge explosion, many left of center bands were able to record albums with big major label dollars behind them.  Naturally the most gifted of these bands were able to expand their musical boundaries and record bombastic but beautifuls epics- many of which came out in 1997.  Built to Spill’s “Perfect From Now On”, Yo La Tengo’s “I Can Hear The Heart Beating As One” & Spiritualized “Ladies and Gentlemen We Are Floating in Space” are three of them.  All were around or even well over 60 minutes and were either heavily thematic or much more experimental than their past work- sometimes both. And all were also surprisingly devoid of filler- a throwback to the great double albums of the past like “Physical Graffiti”, “Goodbye Yellow Brick Road”, & “Quadrophenia”.  I could say the same for Portland’s Modest Mouse, whose breakout album “Lonesome Crowded West” was also released in ’97 and was 70 minutes + except that they were still on an indie-label.  Yo La Tengo also recorded their album for Matador but at the point Matador was part of Atlantic Records.

A summary of the music of ’97 would certainly not be complete without the mention of “OK Computer” by Radiohead.  The paranoid & dystopian (& brilliant!) 3rd album is probably the most iconic album of the entire decade with the exception of Nirvana’s “Nevermind”.  In a prosperous era filled with glitz & bling Radiohead reminded us that much of the glamour was smoke and mirrors and beautifully described the alienation & tension felt in modern day society. Belle & Sebastian a twee Chamber-pop group from Scotland would begin to grow their eventually huge cult.  Their sound was the complete antithesis of dark, loud & heavy sounds of grunge and nu-Metal music.  Their second (and still best!) album “If You’re Feeling Sinister” was released in America in ’97 along with three excellent EP’s.  The band treated their singles as separate entities from their albums and their cult was a throwback to The Smiths of a decade earlier.  Elsewhere outside of the U.S., the Welsh group Super Furry Animals released their 2nd full-length “Radiator”, Bristol’s Portishead released their self-titled 2nd great album & Stereolab came out with their last great one “Dots & Loops”.  Brit-Pop, the dominant musical trend in the U.K. since ’93/’94 experienced the first chink in its armor when the highly anticipated “Be Here Now” by Oasis fizzled critically.  Blur the 2nd biggest group in Brit-Pop, moved away from its original sound and released the very good self-titled “Blur” a clever send up of American grunge.  The Verve’s last album “Urban Hymns” was the one excellent full length release in the genre that year but the band broke up right after the album was released.  The album’s best song “Bittersweet Symphony” sounded like the perfect elegy for the entire musical movement.

Techno music in the form of “Big Beat” electronica first became a cultural force in ’97 with hit albums by Daft Punk, The Prodigy & Chemical Brothers breaking into the mainstream.  The brilliant and eccentricIcelandic artist Bjork would  her already very experimental in a more techno direction as well with her “Homogenic” album.  Each of these groups (save Bjork) had hit singles that year.  Daft Punk would go on to more commercial success in 2001 with “One More Time” and The Chemical Brothers would continue to make solid to very good albums while The Prodigy would never again receive the same commercial or cultural success and Bjork would move on to different musical styles.  While the genre had more than its share of pleasures and would prove very influential on music up through today, as a commercially dominant force “Big Beat” was much more bark than bite.  Drum & Bass or “Jungle” music was another popular strain of Techno in the mid to late 90’s.  Though both artists had released a handful of singles prior to ’97 both Goldie and Roni Size released their debut full lengths in ’97 with “Timeless” and “New Forms” respectively.  Though never music that would or could fare well commercially, drum & bass was exciting and would help shape the direction of many artists’ music in the future.

In the face of all the glitz, bloat, epics & excess there were also some other artists operating against the grain.  Olympia, Washington’s Sleater-Kinney was an all-women power trio with no bassist and two guitars who wrote intelligent, fierce and terse punk rock songs heavily influenced by the riot-grrrl movement of the early 90’s but with much more melody and flat out better songwriting.  Singer-songwriter Elliott Smith, also from the great NW, just off his stint in the band Heatmiser, released his 3rd solo album “Either/Or”.  A handful of his tracks also appeared in the “Goodwill Hunting” soundtrack and his “Miss Misery” was even nominated for a an Oscar which really put Smith on the map with a much larger portion of the public.  Ben Folds, a singer songwriter from North Carolina with his band the Ben Folds Five released “Whatever and Ever Amen, their excellent second album.  The Folds Five sound relies heavily on Folds’s piano, a throwback to the singer-songwriter’s of the 70’s but with the wit and irony of much of the alternative rock at the time.  Their songs could be both beautiful and funny with plenty of great riffs and melody.  Guided By Voices released their fourth excellent album in a row with “Mag Earwig!”, a more highly produced & commercial album relatively speaking, than they had ever previously issued.  Pavement released their fourth album “Brilliant Corners”, a move away from the more eccentric “Wowee Zowee” and toward a more radio ready sound.  Unfortunately radio had changed and were no longer playing that sound which was a shame as “Corners” is a fun & accessible album.   Finally the legendary Bob Dylan, came out with his first great album in over 20 years with “Time Out of Mind”, a somber but beautiful meditation on latter years of life.  It would prove not to be a one shot deal as Bob would continue to release good to great albums up to the present.  Here’s hoping he has a few more in him. 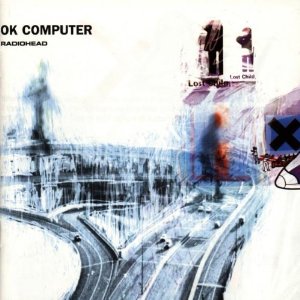 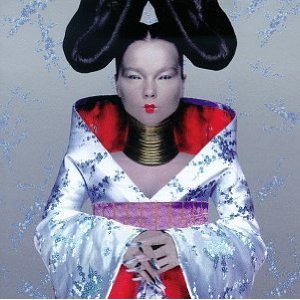 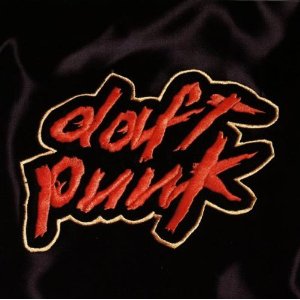 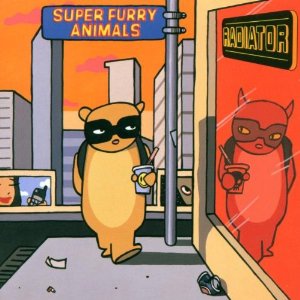 Built to Spill- Perfect From Now On 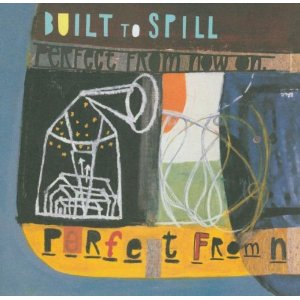 Buy Perfect from Now On – Built To Spill

Buy Perfect From Now on 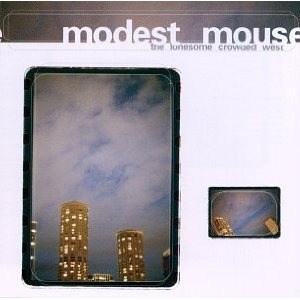 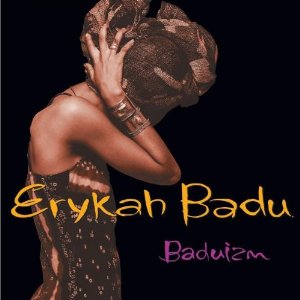 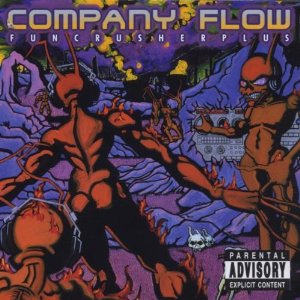 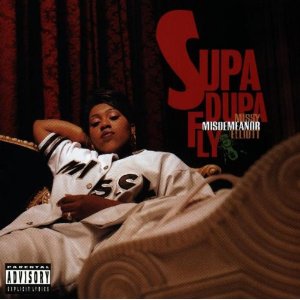 Ben Folds Five- Whatever and Ever Amen 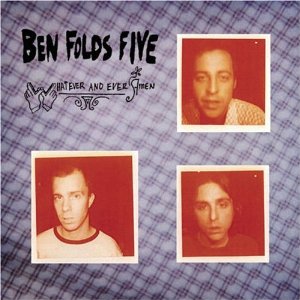 Buy Whatever and Ever Amen (Remastered Edition) – Ben Folds Five

Buy Whatever and Ever Amen

Supergrass- In It for the Money 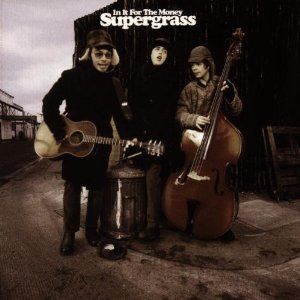 Buy In It for the Money (Limited Edition) – Supergrass

Buy In It for the Money 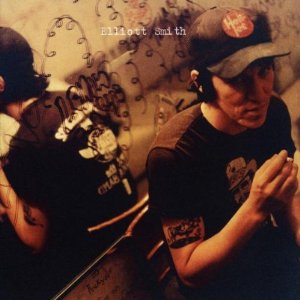 Yo La Tengo- I Can Hear the Heart Beating as One 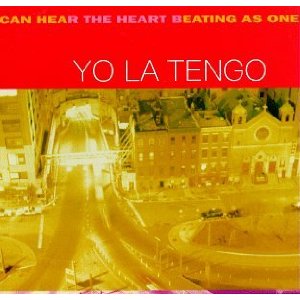 Buy I Can Hear the Heart Beating as One 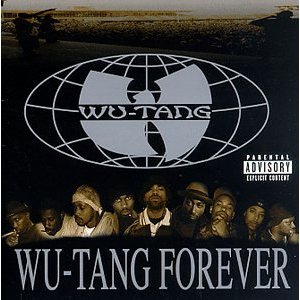 Sleater-Kinney- Dig Me Out 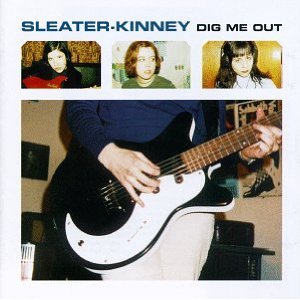 Buy Dig Me Out – Sleater-Kinney

Buy Dig Me Out

Bob Dylan- Time Out of Mind 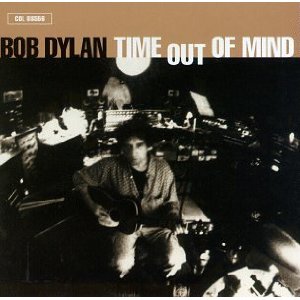 Buy Time Out of Mind 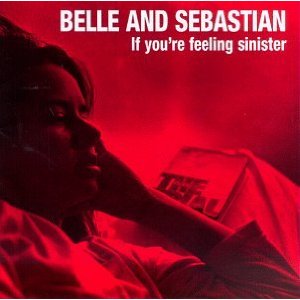 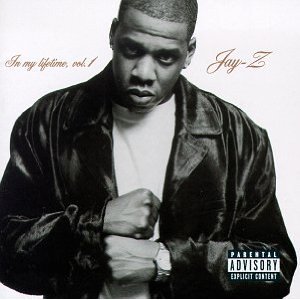 Buy In My Lifetime Vol. 1

Spiritualized- Ladies and Gentlemen We Are Floating in Space 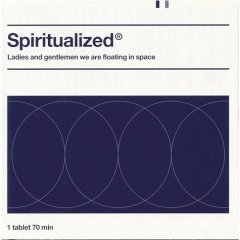 The Notorious B.I.G.- Life After Death 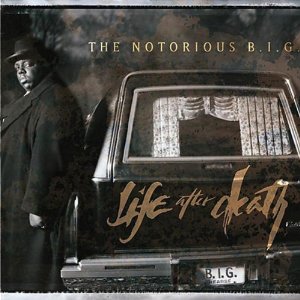