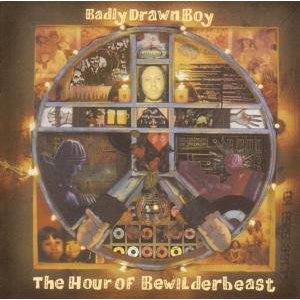 This is the phenomenal debut album from musical wunderkind Damon Gough (aka Badly Drawn Boy)- he writes, sings, produces, arranges, programs and plays guitars, keyboards and piano; the debut plays like an Elliott Smith album though even it’s even more Beatlesque and at least as ambitious.  The album is slightly overly-long with multiple musical interludes messing up what could have been a near-perfect tight, 12 track album.  But Gough is not about being perfect and we, the listeners, are forced to endure the messiness surrounding an otherwise wildly successful album of lovely baroque folk-pop songs.  Gough won the coveted U.K. Mercury prize for this album- unfortunately he has since been unable to duplicate the success of the debut either artistically or commercially ever since.

Buy Camping Next to Water – The Hour of Bewilderbeast 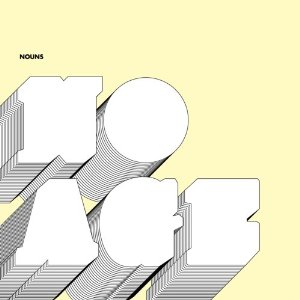 No Age is a very young, very lo-fi Los Angeles duo who had previously become the house band at the hipster, vegan, all-ages club “The Smell”, which has since launched a series of other likeminded groups like Abe Vigoda and Lavender Diamond.  No Age create two minute, simplistic songs filled with plenty of white noise and beautiful feedback and with the vocals buried deep in the mix.  All of the thrashing & rattle is still unable to mask the fact that the band is hooky as hell- even the vocals are accessible if you can make out what they’re saying..  This is stripped down post-hardcore rock- guitars, drums & vocals without a hint of the blues. 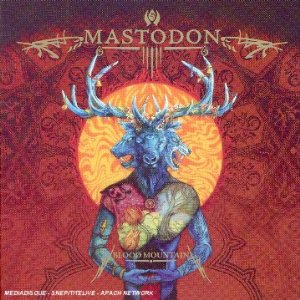 Whereas Mastodon’s second album “Leviathon” was a concept album about Moby Dick, its third album “Blood Mountain” seems to invoke and ancient. mythical world where men fought each other to the death among dragons & sorcerers (yes- think Dungeons & Dragons).  The band is practically flawless technically, and drummer Brann Dailor is simply one of the best in the business.  “Blood Mountain” hits harder than “Crack the Skye” but still has elements of prog & even hardcore that most modern Metal bands don’t even go near in this day and age.  Mastodon can play as fast or as aggressively as any band but they never come off as dull or homogenous.  It is highly intelligent METAL music that will unveil its deeper layers with each listen while it crushes your skull and breaks your neck. 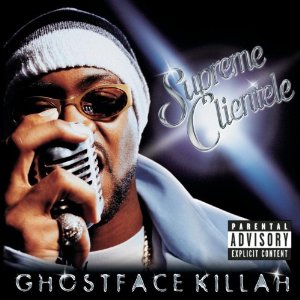 Every other major member of the Wu-Tang Clan (with the possible exception of Ol’ Dirty Bastard) experienced a major artistic and commercial drop off with their second solo album, after standout debuts.  After the Wu absolutely dominated the rap game in the middle part of the nineties they had quite a dip in quality after 1997’s “Wu-Tang Forever”.  Well, Ghostface saved the day with his stellar second album “Supreme Clientele” and while he stumbled with his third album a year or so later, he would prove the be the most dependable member of the Wu throughout the decade.  Ghost (AKA Tony Starks) brought the weirdness to hip hop with insane lyrics that sometimes seemed nonsensical but somehow fit together (the hip hop Bob Dylan?).  He is an amazing story teller as well with a unique style- he is a master at creating tension with his aggressive shouting, but can deliver a quick about face and fill his very next verse full of humor.  He’s one of a kind.  The album has tons of bangers including ugh “Wu Banga”, “One”, “Nutmeg”, “We Made It” and the Dr. Buzzard’s Original Savannah Band sampling “Cherchez La Ghost”- one of the funniest samples & song titles I’ve ever heard.

Buy We Made It (featuring Superb) – Supreme Clientele 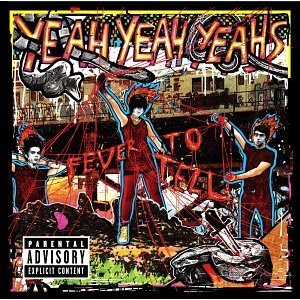 Along with Interpol, the Yeah Yeah Yeah’s were the “It” band in the indie world in the wake of The Strokes/White Stripes/Hives so called garage rock revival.  They had just one exciting EP to their name before the release of this debut album in 2003.  They were a bunch of New Jersey transplants living in arty Williamsburg and taking New York City by storm.  Though signed by a major after a label bidding war, they were able to maintain credibility with the hipsters with their uncompromising noise rock and singer Karen O’s amazing stage presence.  While “Fever to Tell” isn’t a perfect album, it does have perfect moments like the lovesick ballad “Maps”- to me one of the definitive songs of the decade, the one-two punch of openers “Rich” and “A Date With the Night” and the beautiful “Y Control”.  O has the ability to sell her raunchiest songs with a guttural howl or a high register screech, while also singing purely and sweetly on the YYY’s straighter songs.  This band is pure attitude, but they also know their way around a hook and a good song. 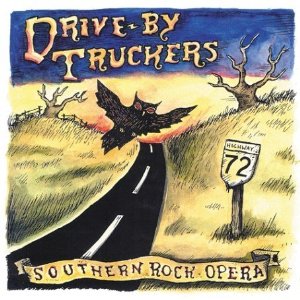 The Drive-By Truckers and “The Southern Rock Opera” album especially have quite an intriguing back story.  The band formed in the south in the late 90’s by college buddies Patterson Hood and Mike Cooley and includes a cast of Alabamans and Georgians.  Hood’s father was a session player in Rick Hall’s great Muscle Shoals studio in the 60’s and 70’s.  After two minor albums, the DBT’s created “Southern Rock Opera” as a homage to 70’s southern rock and the band Lynyrd Skynyrd in particular, and used the subject matter as a jumping off point to explore many of the racial issues, contradictions and strife of the American South in from its distant past to the modern day.  The album requires quite a commitment from the listener.  It’s 90 minutes along and unfolds like a classic old-school double album from the days of yore.  Any fan of southern rock, alternative country or great rock n’ roll in general should not be disappointed.  The DBT’s used this album as a launching pad on their way to becoming perhaps the most consistently good, and one of the biggest, alt country bands of the decade and have made many very good albums since. 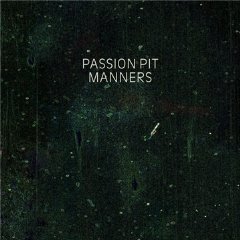 “Manners” is the the full length debut for Boston’s Passion Pit, after their very promising “Chunk of Change” EP from 2008.  They are fronted by impossibly high voiced Michael Angelakos- he sings and writes all of their songs.  This is modern synth-pop as its finest.  Many of the songs deserve a place on the radio- tracks like “Little Secrets” and “The Reeling” would have been all over the airwaves in the 80’s.  It’s a shame that modern day radio playlists are so tight and homogenized.    And like many classic bands, Passion Pit manages to combine the sugary sweet, giddiness of the music with much darker lyrics which gives the band some depth that it wouldn’t otherwise have.   The inclusion of the best song from their EP “Sleepyhead” on this album raises it yet another notch. 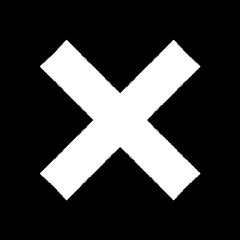 A young English indie-pop trio who are as minimalistic as Young Marble Giants, early Depeche Mode or Yaz and like Yaz have a soulful bent to them.  Their influences run deep- Post punk, R&B/Soul, dubstep, techno. The songs and album are short and tight without a raised voice, squealing guitar or any superfluous notes.  Though the album never even comes close to rocking, there is a nervous edginess to the vocals and beats.  Each sung word and instrument is given so much space that it creates a very sexy, mysterious vibe.  It doesn’t hurt that every lyric also seems to be about sex & romance. It’s rare that a band this young comes so fully formed and sounds so unique.  Though they certainly have their influences, the XX only really sounds like itself.  And at least half the tracks on the album already sound like classics. 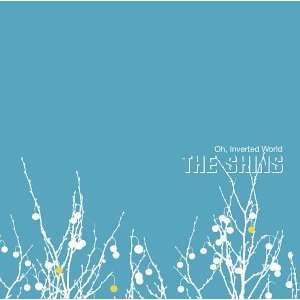 The Shins are the classic west coast (though they are originally from Albuquerque) sunny, guitar pop band, the -modern version of a direct line that spans from The Byrds and latter day Beach Boys to Badfinger and Big Star in the 70’s (neither a West coast band) and underground bands like Guided By Voices in the 90’s- the grunge era had pushed the power pop bands even further underground and out of sight  so The Shins were a quite a breath of fresh air when they emerged on the scene at the beginning of the 00’s.  After Natalie Portman claimed that the Shins would “change your life” in the zeitgeisty coming of age flick “Garden State” the Shins became a household name- at least with anyone around or younger than thirty who even cared a little about music.  But the Shins are hardly a retread.  James Mercer has a beautiful, high register and immediately identifiable voice and he and the band write short, sweet and fantastically hooky songs without being at all generic or rip off artists.  They would end up being one of the best bands of the next decade.

Buy You Forgot It in People – Broken Social Scene

Buy You Forgot It in People 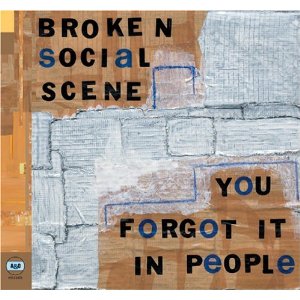 Broken Social Scene is an indie-rock collective out of Toronto, whose main members are Kevin Drew and Brendan Canning and whose extended members include a revolving cast of Canadian musicians including Leslie Feist, Emily Haines (of Metric) and Amy Millan (of Stars).  “You Forgot It in People” is there de-facto debut album (their actual 2001 debut “Feel Good Lost” is still almost totally unknown) and came out of absolutely nowhere to take the world (o.k. the blog world and nerdy music critics) by storm.  It’s a pop album made by art people.  The songs are filled with both hooks and with experimentation.  Eight years later, after two more very good albums and a Kevin Drew solo release, it still stands are there definitive statement and has not aged a day.

Buy Cause=Time – You Forgot It in People

Buy Almost Crimes – You Forgot It in People