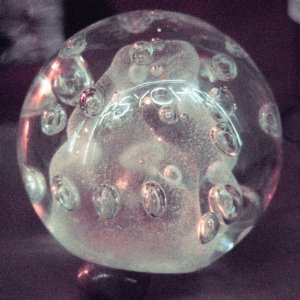 Darkside is a two man partnership between 23 year old wunderkind laptop electronic music producer & Brown graduate Nicolas Jaar and guitarist Dave Harrington. Darkside sounds like a modern to “Darkside Of The Moon” without the singles. The duo mixes disco, yacht-rock, techno & prog into a psychedelic haze, like a trippier and far less accessible version of Daft Punk’s “Random Access Memories”. “Paper Trails”, “Freaks, Go Home”, The Only Shrine I’ve Seen” and the 11 minute “Golden Arrow” are all standout tracks and “Psychic” is yet another perfect headphones record, a throwback to a time with less distractions and more time to sit with music like this and let it envelope you. 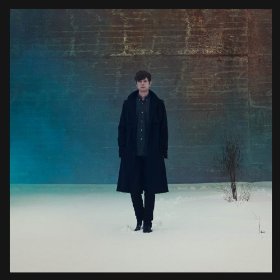 As was true on his first album and various EP’s, British singer/songwriter/producer James Blake is always good for at least one mind-blower of a song per release. In this case it’s lead single “Retrograde” off of his excellent sophomore album “Overgrown” and it’s one of my favorite songs of 2013. Though the remainder of the album didn’t hit as hard at first, on repeat few listens I actually found it more consistently good than his stellar self-titled debut. Tracks like “Life Round Here”, the title track, “Voyeur” and “Digital Lion” are all among Blake’s best work. Blake still comes off as the polar opposite of EDM bro-steppers like DeadmauS & Skrillex, but he seems to be moving in a more song oriented and less experimental direction. He continues to strip down modern R&B & Pop to its basic essence, while adding subtle flourishes of trip-hop and dub step with haunting modern blue-eyed soul vocals. The result is often lonely and heartbreaking but painfully beautiful. 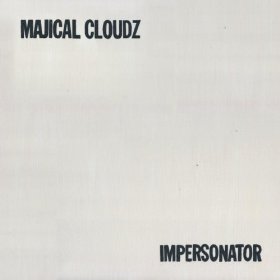 The dorky name Majical Cloudz brings to mind hippy dippy dream pop but these guys actually are a duo consisting of Canadian smoky baritoned-singer Devon Welsh and synth programmer Matthew Otto. The music is stripped down to the bone like the very early 80’s synth casio-pop of Depeche Mode, Yaz & Human League but without any dance beats. The glacially paced music draws almost sole focus on Welsh’s incredible vocals. He’s like an indie-rock Frank Sinatra crooning songs about death and despair. Tracks “Bugs Don’t Buzz” and “Childhood’s End” are two of the year’s best and there are a handful of other great ones. The more you play this album the more you fall for it. It actually ended up falling into Pitchfork’s top ten this year. I may not have ranked it quite as high but I get the appeal. 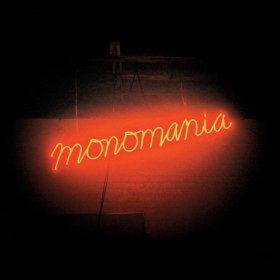 Bradford Cox has got to be the hardest person working in indie-rock. “Monomania” is Deerhunter’s 5th album since 2007 to go along with a few el’s and his other various releases in his other band Atlas Sound. And that doesn’t even include bandmate Lockett Pundt’s well regarded band Lotus Plaza. With “Monomania” Cox & co. take a bit of a left turn away from the expansive, atmospheric synth-rock and feedback-drenched experimental noise-rock of their past records and head straight for the garage. This album seems more indebted to The Stooges, the MC5 and a variety of 60’s Nuggets bands than anything they’ve done previously. While it may not reach the level of their last masterpiece, “Halcyon Digest”, Cox has plenty of swagger pull off this in-your-face rock n’ roll. Tracks like “Pensacola”, “Neon Junkyard”, “Back To The Middle” & especially the great “Dream Captain” can be included among Deerhunter’s and Cox’s best tracks. “Monomania” is another great notch in the belt of this great band’s catalog.

Amazon
Buy Back to the Middle

26. CHVRCHES- THE BONES OF WHAT YOU BELIEVE 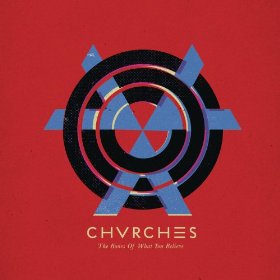 “Bones Of What You Believe” is the debut full length from highly hyped Scottish trio which threads the needle between mainstream the modern synth-pop of Imagine Dragons and Capital Cities and their much artier indie counterparts like Purity Ring & Grimes. Chvrches is like an even poppier version of Passion Pit. Singer Lauren Mayberry has star power and knows her way around a hook but she’s no pop tart, already speaking up in the media for political and feminist causes. The rest of her band is made up of music vets who have been around the block finally finding a band that sticks in Chvrches. Not dissimilar to a modern version of Shirley Mason and Garbage.”The Mother We Share” and “Recover” are two of the catchiest singles you’ll hear and other album tracks like “Gun” and “Lungs” are winners as well. There are no bad cuts on the album though the singles do shine high above the rest.

Buy The Bones of What You Believe (Special Edition) [Explicit] 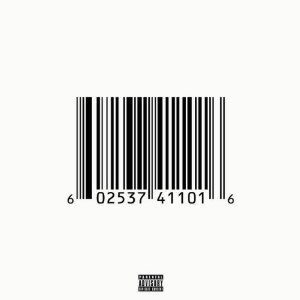 “My Name Is My Name” (a quote taken from HBO great “The Wire”) is the first official solo album of Pusha T, who is 1/2 of the now defunct beloved underground Va. Beach rap duo Clipse. Upon the group’s breakup in 2009 Pusha was signed to Kanye West’s G.O.O.D. music and has been all over mixed tapes and heavily featured on Kanye’s great “Runaway” track from 2010. Pusha is known for his intense, menacing raps backed up by hard, skeletal beats. He is a former drug dealer and slinging’ coke remains one of his main subjects. He describes the drug life’s trials and its tribulations with an amazing eye for detail and his best songs play out like a great gangster movie- the wealth and material excess are viewed through a cautionary lens rather than flat out glorified. Though the album drags in a few places opener “King Push”, “Suicide” and two of 2013’s best rap songs “Numbers On The Board” and “Nosetalgia” are all instant classics. Prominent guest stars pop up everywhere- Rick Ross, Kanye, The-Dream, Jeezy, Kelly Rowland, 2 Chainz, Big Sean, Pharrell, Kendrick Lamar &amp & even the execrable Chris Brown doesn’t ruin the proceedings. Apparently another solo album as well as a possible new Clipse album are already in the works- good to hear as Pusha & his brother are two of the best around.

Buy My Name Is My Name [Explicit] [+digital booklet]

Buy Numbers On The Boards [Explicit] 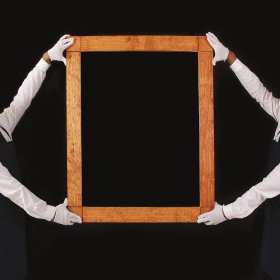 Like James Blake and How To Dress Well, Autre Ne Veut is another act repurposing traditional modern R&B music and making it much, much weirder. Autre Ne Veut is a one man group like Nine Inch Nails made up of Arthur Ashin. “Anxiety” is Autre Ne Veut’s 2nd album and is apparently much more accessible than his first work. There is a surprise around every corner “Anxiety”- honking horns, pitch-shifting vocals and heavy guitar licks come seemingly out of nowhere. Some of the tracks like “Counting” and “Play By Play” are completely brilliant and repeat plays reveals the catchiness of nearly all songs on the album. The lyrics focus on breakups and heartache but the often sunnier music acts as a counterpoint to the gloomy lyrics much like the best power pop. Ashin has a high pitched falsetto that adds to both the beauty and the tension of the songs. This music is not subtle- it’s totally over the top but I think it’s also pretty genius. I had never heard of Autre Ne Veut until late 2012. Now I can’t wait to see what he does next. 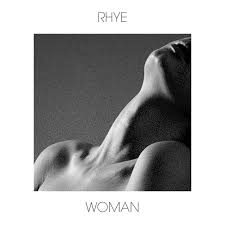 Rhye sounds like the indie-rock Sade. It’s the best pillow talk album of 2013. They are a duo based in Los Angeles who are originally from Canada and Denmark. It’s hard to believe that producer/vocalist Mike Milosh is male as her truly sounds like a deep-voiced female. I first heard Rhye late last year when their lead single “The Fall” completely blew me away. I included it on my best of 2012 Volume 1 and it’s still my favorite track by them. But “Woman” offers plenty of other gems including 2nd single “Open”, “Shed Some Blood” & “Last Dance”. Their music is also comparable to the smooth, sultry indie of the XX and Jessie Ware, but is even more indebted to smooth soul and yacht-rock and less to today’s R&B. 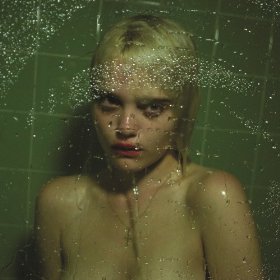 After delays, a drug possession and a several year stint where she was cast as the next major label pop diva, Sky Ferreira has traveled a rather long, hard road before finally releasing “Night Time, My Time”, her full-length debut album. She showed much promise with her great 2012 single “Everything Is Embarrassing”, but after all of the bad press you can be forgiven for thinking that her debut might bomb. Instead it’s a rousing success, artistically if not (yet) commercially. “Night Time” is a polished, yet ballsy pop album which can appeal to both the radio and indie-land. She hasn’t done herself many favors commercially with the drug arrest along with appearing nude on the album cover (the above is the clean version), but the more I read about her and listen to this album, the more real and authentic she seems. It doesn’t hurt to have one of the hottest producers of the last few years at the boards, Ariel Rechtshaid, who also producer Vampire Weekend, Haim, Charli XCX, Solange among others and does another masterful job on “Night Time”. He threads the needle between 80’s New Wave and electro and 90’s pop grunge which frame her autobiographical lyrics perfectly. Her best songs, “Nobody Asked Me (If I Was Okay)”, “I Blame Myself”, “Boys” read like a litany of what she has gone through the last few years. She’s smart, rebellious and nobody’s puppet. And easy to root for.

Buy Nobody Asked Me (If I Was Okay)

Buy I Blame Myself 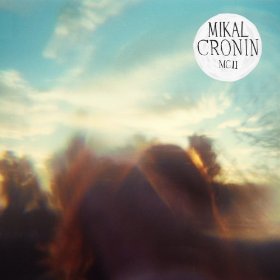 Until this year Mikal Cronin was best known as the guitarist in one of Ty Segall’s bands. He wasn’t on my radar at all until releasing this excellent mix of garage rock and power pop. While Segall’s group is shredding and noisy, Cronin comes off melodic and focused. Nearly every track rocks forcefully but is also contained and tuneful. The first six tracks are nearly note perfect, especially “Shout It Out” and “Weight” and though the album lets up a bit at the end, it’s almost a relief. 2013 was light on heavy guitar rock in general, and the best guitar rock was mostly downbeat and subdued or angry and abrasive. The punchy and upbeat “MCII” serves as a great counterpoint.

Buy Shout It Out