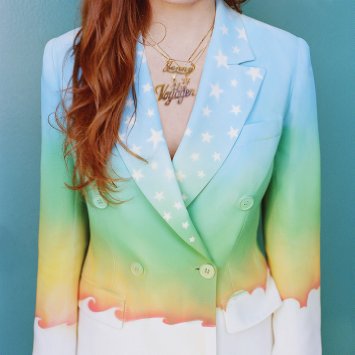 “The Voyager” is Jenny Lewis’s third solo album and it’s by far her best. Though I nearly always like her material, particularly that of her old band Rilo Kiley I always fall a bit short of fully falling for it. Lewis brings back her frequent collaborators, the Watson Twins, who harmonize perfectly well with Lewis’s beautiful and distinct vocals. “The Voyager” is unsurprisingly Lewis’s most adult album so far. Lewis, always an indie-tock sex symbol, and even a former child actress, is now staring down forty, recently going through a breakup, single and childless. She can’t help but think what might have been while neither lamenting not celebrating her life choices. “The Voyager” is an interesting and honest look at a strong single modern woman. The sunny, breezy Fleetwood Mac influenced music leaves no doubt as to the listener that Lewis lives and breathes Los Angeles.

Buy The New You 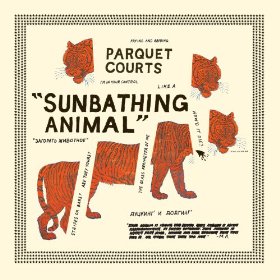 2nd album by Parquet Courts, a punkish indie-rock Brooklyn band (half of the members are from Denton, Tx) is better sounding, better produced, more ambitious and better reviewed than their first but I’m still not sure I like it more. “Sunbathing Animal” is certainly no disappointment, but the slapdash, lo-fi sound and one minute songs of their “Light Up Gold” debut album are missed even though “Animal” is the much more consistent record. Parquet Courts combine the sounds of New York City 70’s proto-punk, surf music and 90’s Pavement-style intelligent slacker rock to create a fun, driving sound with chugging guitars. A Pitchfork review describes “Sunbathing Animal” as Parquet Court’s “Crooked Rain, Crooked Rain” where “Light Up Gold” was their “Slanted and Enchanted”. It’s a great analogy. Both Pavement albums were great- same for Parquet Courts. What you like best just depends on your individual taste. As an aside Parquet Courts has launched a side project called Parkay Quarts. I’ve only heard two tracks so far- “Uncast Shadow Of A Southern Myth” and “Contant Nausea” and even if just those two tracks were included here “Sunbathing Animal” would probably rise at least 10 notches in these rankings. 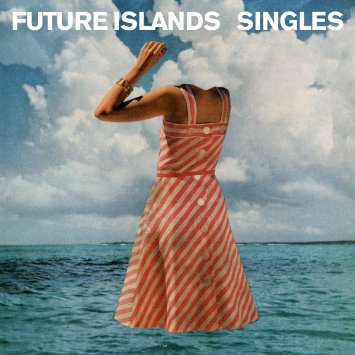 Though Future Islands has been at it awhile now, achieving a few dribs and drabs of mild success, no one was prepared for the kind o break out year they had in 2014. It all started with the group’s television debut last March on Letterman and frontman Samuel T. Herring’s passionate, nutso, no holds barred performance. The video was shared endlessly on You Tube and the band became indie-rock stars. The song they performed “Seasons (Waiting On You)” is rightfully being called one of the songs of the year. If “Singles” is flawed it’s because most of the rest of the tracks, though good, don’t quite measure up to it. Future Islands are a group of late thirty-somethings who look like slightly schlubby every-men- definitely not rock star material. This is certainly part of their appeal though not completely rare either for the indie world. Their sound more than nods to early 80’s synth-pop and Herring’s unusual vocals set them apart from any like-minded groups. Track “A Dream Of You And Me” may be the only other track approaching “Seasons” greatness, but there are a few other winners here and certainly nothing bad on the album either. A few more excellent cut and “Singles” could go from very good to great.

Buy Seasons (Waiting On You)

Buy A Dream of You and Me 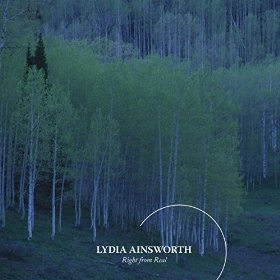 “Right From Real” is probably my most out of the blue pick of the year. I had never even heard of Lydia Ainsworth before the Fall of ’14 and though she received very good reviews she is still off the radar of most. Ainsworth is a Canadian cellist and a standout string arranger. Her vocals and style bring to mind both Bjork and Kate Bush. Her music has plenty of electronic elements to it mixed with the organic strings in a very lush production. The album can play either as pleasant background music or as a mind-blowing headphones experience. The album is only 8 songs and is actually two previously released EP’s put back to back but it works as a whole. Over half the tracks I list as standouts with “Take Your Face Off” and “Hologram” being the best of the bunch. I can only assume she isn’t being discussed more because people haven’t heard her yet. She’s a true talent.

Buy Take Your Face Off 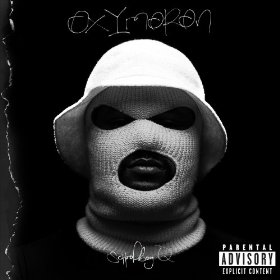 I fairly often hear whispers of “rap is dead” these days. Or at least that it’s declined in a major way. Aside from heavy hitters like Drake, Kanye & Kendrick Lamar major label rap is certainly less prominent than it has been in some time. And none of the above even released an album in 2014. But don’t cound someone like Schoolboy Q out. His first album “Habits & Contradictions” released in 2012 was a surprise hit. And he is associated with L.A.’s great Black Hippy Collective and probably there 2nd heaviest hitter- a very distant second to Kendrick Lamar. “Oxymoron”, his second album did fairly well in sales and had a crossover hit with “Studio”, but it seems to be largely forgotten at year’s end. Like many rap albums “Oxymoron” is slightly too long and there is some comparatively weak songs in the middle, but the record is still chock-full of goodness. Aside from “Studio” there is the collab with Kendrick “Collard Greens” released prior to the album, the excellent “Break The Band”, “Los Awesome”, “Man Of The Year” and “Hell Of A Night”. IF the rest of the album were up to that standard “Oxymoron” would be a classic, but because it’s weighed down in the middle it’s merely very good and will worth checking out.

Buy Man Of The Year [Explicit] 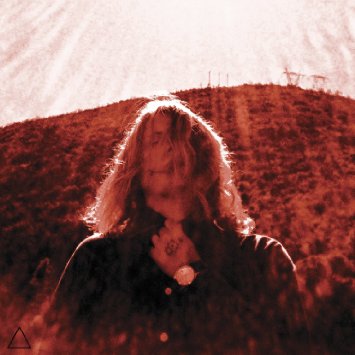 At this point Ty Segall probably needs to be called the most prolific musician working today. Each year seems to see multiple releases- whether EP, live or full length album. He plays with multiple bands and releases solo stuff. His talent as a writer and guitarist is immense. He’s one of the few shredders around in indie-rock, but ust as often he plays glam-rock influenced acoustic riffs. On “Manipulator” gives us more of everything. It’s his longest album and a double LP, though only 1 cd. The album starts with a bang. The first five tracks are nearly perfect and all among the album’s best. It’s Over” and “Feel” are two of his best rockers. “Singer” sounds like Brit-Pop era Oasis and lead song and title track “Manipulator” has a funky vibe to it. After that “Manipulator” lets up a bit. The songs are mostly good but not great and a level of overfamiliarity sets in keeping the album from reaching the next level of greatness.

34. ICEAGE- PLOWING INTO THE FIELDS OF LOVE 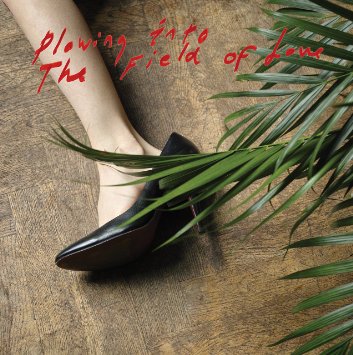 Young Danish punk band changes up their sound quite a bit for their third album, adding elements of Cowpunk & Nick Cave and the Bad Seeds with some very well placed trumpet blasts and dark piano twinklings. “Plowing Into The Fields Of Love” is an abrupt a change as I’ve heard from a band this year. Though they still sound pissed and alienated, the focus now is more on the vocals and arragements than their ferocious speed and energy. It’s the still too-unheralded band’s third great album in a row. Lead singer Elias Bender Ronnenfelt sounds stumbling drunk on half of these tunes not unlike Shane MacGowan with the Pogues. But Ronnenfelt’s moaning, swaying voice seems more of a wink and a put-on than reality. At times the sound can be almost too much, but the slow-downed pace has given the songs more space to distinguish themselves from one another whereas their tracks on the two previous albums, as great as they were, seemed to run together. It’s a good sign that an already upstart, young band can make a fairly drastic change and still remain great. That’s often what separates the good from the great and the great from the legends. Will be interesting to see where Iceage goes next.

Buy Plowing Into the Field of Love 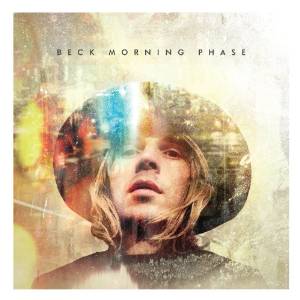 The press on “Morning Phase” calls it Beck’s sequel to his 2002 album “Sea Change” and I see it. Both are his mellowest albums to date- throwbacks to the Laurel Canyon sound of early 70’s Socal. While “Morning Phase” doesn’t come across as heartbreaking as “Sea Change” it has the same basic sound and temperament though I would argue it has even more great songs if not containing the highs of “Lost Cause” or “Golden Age”. But tracks like “Morning”, “Heart Is A Drum”, “Country Down”, and single “Blue Moon” sink in on repeated listens and the record sounds amazing- a perfect album for a Sunday morning when the sun’s creeping in your house.

Buy Heart Is A Drum 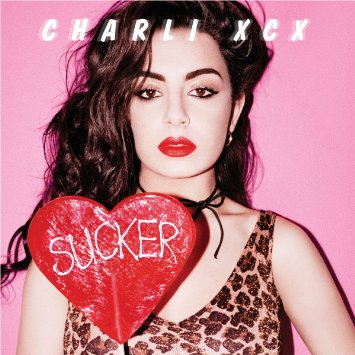 Hipster blogs have been championing Charli XCX’s brand of pop for almost four years now and finally the mainstream seems to be catching up. “Sucker” is Charli’s 2nd full length album after she blew up while writing and singing the hooks for two of the decades biggest smash hits- Icona Pop’s “I Love It” and Iggy Izalea’s “Fancy”. This Brit is supremely talented. Her first songs were released when she was younger than 18. Her last album, 2013’s “True Romance” was very good but catered to the more outré hipster pop audience rather than mainstream radio. But this year she received her big solo break when the great “Boom Clap” took off as a single from the well received “The Fault In My Stars” soundtrack. While she’s not yet a household name she’s getting there. While “Sucker” does contain many radio ready tracks- like “Break The Rules”, “London Queen”, “Famous” and “Breaking Up” along with “Boom Clap”, it still operates outside the normal template for mainstream pop. She takes much from indie rock as well as mainstream punk even more in both sound and attitude- especially attitude. She’s not afraid to deal with racy subject matter but while brash there is nothing dark here. I think we’ll be hearing from her for years to come and “Sucker” is a blast. 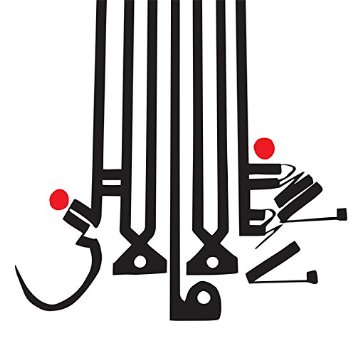 “Lese Majesty” is the 2nd full length album by experimental Seattle rap group Shabazz Palaces led by criminally underrated 90’s rapper Butterfly (now goes by his given name Ishmael Butler) of Digable Planets semi-fame. As bugged out and progressive Digable Planets were, Shabazz Palaces are much more so. “Lese Majesty” resembles jazz more than pop or traditional hip hop often delivering song fragments which fit together to form a larger whole rather than anything that could fit a normal verse, chorus, verse structure. You can call this space rap- it has more in common with Miles Davis era “Bitches Brew” or Flying Lotus than it does with modern rap. There are 18 songs grouped into 7 suites and most tracks bleed right into one another, though several individual tracks do stand out like “Forerunner Foray”, “Dawn In Luxor”, “#Cake” & especially “Motion Sickness”. If you like your music esoteric, trippy, heady and a lot weird then Shabazz Palaces “Lese Majesty” is well worth checking out.